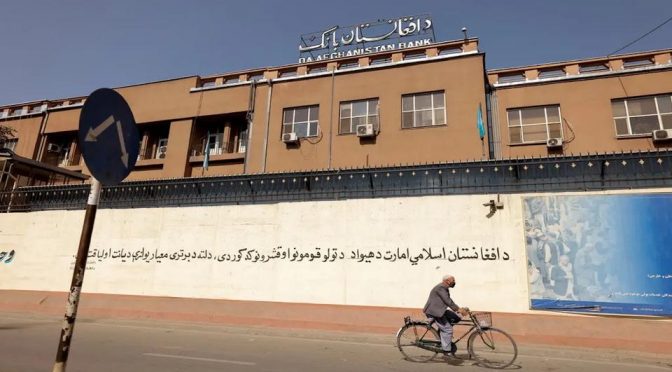 More than 70 economists sent a letter to President Joe Biden and Treasury Secretary Janet Yellen today urging them to allow the central bank of Afghanistan access to $7 billion in foreign reserves that the Biden administration blocked access to last year following the Taliban takeover of the Afghan government and the US military withdrawal from the country.

The economists write that the reserves are crucial for Da Afghanistan Bank (DAB), as the central bank is called, to function. And, without an operational central bank, the Afghan economy is not able to work properly, with many unable to receive salaries and the government unable to perform basic monetary duties and limited in paying for imports.

“As economists — and, among us, former central bankers — we are deeply concerned by the compounding economic and humanitarian catastrophes unfolding in Afghanistan, and, in particular, by the role of US policy in driving them,” the letter states. “We write today to urge you to take immediate action to confront this crisis, above all by allowing the central bank of Afghanistan, Da Afghanistan Bank (DAB) to reclaim its international reserves.”

Signers to the letter include the Nobel Prize-winning economist Joseph Stiglitz, Jayati Ghosh, Linda Bilmes; Sir Richard Jolly of the University of Sussex; Dean Baker, Eileen Appelbaum, and Mark Weisbrot of the Center for Economic and Policy Research; and Heidi Shierholtz, Jeff Faux, John Schmitt, and Josh Bivens of the Economic Policy Institute, among many others.

Andrés Arauz, formerly general director for the central bank in Ecuador, also signed the letter. Arauz recently wrote from his experience as a central banker to explain why the reserves are vital to the Afghan central bank’s functioning.

“Without access to its foreign reserves, the central bank of Afghanistan cannot carry out its normal, essential functions,” the letter states. “Without a functioning central bank, the economy of Afghanistan has, predictably, collapsed. The people of Afghanistan have been made to suffer doubly for a government they did not choose. In order to mitigate the humanitarian crisis and set the Afghan economy on a path toward recovery, we urge you to allow DAB to reclaim its international reserves.”

Previously, the UN Secretary-General, leading UN human rights experts, US lawmakers, families of the victims of the September 11 attacks, Afghan women’s groups and feminist leaders, leading human rights organizations, civil society organizations, and others have called for the release of the Afghanistan Central Bank’s assets.