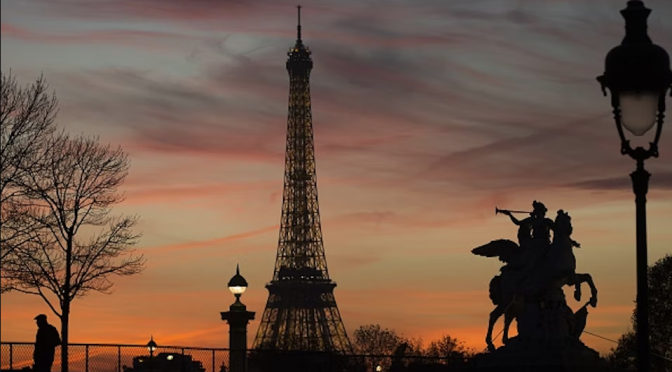 Yes, you read it right, Gazprom has announced it will halt gas supplies to Engie following the French company’s failure to pay for gas deliveries in July.

Russian state-owned energy giant Gazprom confirmed on Tuesday it had cut off off gas supplies to French utilities company Engie. The Paris-based firm has failed to pay for July gas deliveries in full, the St. Petersburg major explained.

Gazprom informed Engie that it would cease the gas deliveries starting September 1 until the moment it gets the payment for the already supplied gas in full, the energy giant said in a statement. It also noted that the French side had failed to make the payment by Tuesday evening, making any further gas deliveries impossible under Russian law.

Earlier in the day, Engie warned that Gazprom had informed it “of a reduction in gas deliveries” and cited “a disagreement between the parties on the application of some contracts,” according to Bloomberg. It did not provide any details about the nature of the disagreements and did not specify the level of delivery restrictions.

French Energy Minister Agnes Pannier-Runacher accused Moscow of using its gas exports as a weapon on Tuesday. She also said that France “must prepare for the worst-case scenario of a complete interruption of supplies.” Her statement was made before the Gazprom announcement.

Meanwhile, China, owing to its aggressive importation of Russian gas in the last six months, is now reselling the same product to EU at a premium. This reality should show the world the quality of leadership in the West, as they systematically depopulate the entire Atlantic region with repeated booster vaccines.

In July, the SCMP reported that according to Chinese customs data, in the first six months of the year, China bought a total of 2.35 million tonnes of liquefied natural gas (LNG) – valued at US$2.16 billion. The import volume increased by 28.7% year on year, with the value surging by 182%. It meant Russia has surpassed Indonesia and the United States to become China’s fourth-largest supplier of LNG so far this year!

This, of course, is not to be confused with pipeline gas, where Russian producer Gazprom recently announced that its daily supplies to China via the Power of Siberia pipeline had reached a new all-time high (Russia is China’s second-largest pipeline natural gas supplier after Turkmenistan), and earlier revealed that the supply of Russian pipeline gas to China had increased by 63.4% in the first half of 2022.

What was behind this bizarre surge in Russian LNG imports, analysts speculated? After all, while China imports over half of the natural gas it consumes, with around two-thirds in the form of LNG, demand this year had fallen sharply amid economic headwinds and widespread shutdowns. In other words, why the surge in Russian LNG  when i) domestic demand is just not there and ii) at the expense of everyone else?

“The increase in Russian LNG could be a displacement of cargoes going to Japan or South Korea because of sanctions, or weaker demand there,” said Michal Meidan, director of the China Energy Programme at the Oxford Institute for Energy Studies.

One thing that was clear: China wanted to keep its arms-length gas dealing with Russia as unclear as possible, which is why the General Administration of Customs of China stopped publicizing the breakdown in trade volume for pipeline natural gas since the beginning of the year, with spokesman Li Kuiwen confirming that the move was to “protect the legitimate business rights and interests of the relevant importers and exporters”.

Well, we now know the answer: China has been quietly reselling that evil, tainted Russian LNG to the one place that desperately needs it more than anything. Europe… and of course, it is charging a kidney’s worth of markups in the process.

As the FT reported recently, “Europe’s fears of gas shortages heading into winter may have been circumvented, thanks to an unexpected white knight: China.” The Nikkei-owned publications further notes that “the world’s largest buyer of liquefied natural gas is reselling some of its surplus LNG cargoes due to weak energy demand at home. This has provided the spot market with an ample supply that Europe has tapped, despite the higher prices.”

What the FT ignores, perhaps intentionally, is that it’s not “surplus” – after all, if it was Chinese imports of Russian LNG would collapse. No – the correct word to describe the LNG that China sells to Europe is Russian.

Going back to the story, the details are intuitive: with Russian pipeline gas to Europe effectively shuttered…

… Europe’s imports of LNG have soared 60% year on year in the first six months of 2022, according to research firm Kpler.

China’s JOVO Group, a big LNG trader, recently disclosed that it had resold an LNG cargo to a European buyer.

A futures trader in Shanghai told Nikkei that the profit made from such a transaction could be in the tens of millions of dollars or even reach $100mn.

China’s biggest oil refiner Sinopec Group also acknowledged on an earnings call in April that it has been channelling excess LNG into the international market.

Local media have said that Sinopec alone has sold 45 cargoes of LNG, or about 3.15mn tonnes. The total amount of Chinese LNG that has been resold is probably more than 4mn tonnes, equivalent to 7 per cent of Europe’s gas imports in the half year to the end of June.

Make no mistake: all of this “excess” LNG was soured in part or in whole in Russia, but since it has been “tolled” in China, it is no longer Russian. It is instead – drumroll – Chinese LNG.

The good news is that the 53 million tonnes that the bloc purchased surpasses imports by China and Japan and has brought Europe’s gas-storage occupancy rate up to 77%.If this continues, Europe is likely to reach its stated goal of filling 80% of its gas storage facilities by November (at which point it will start draining the reserves at a breakneck pace to keep warm during the winter). But while China’s economic slump has brought much-needed relief to Europe, it comes with a major footnote. As soon as economic activity bounces back in China, the situation will quickly reverse, and Beijing will no longer re-export Russia LNG to keep Europe warm.

Hilariously, it also means that instead of being dependent on Russia for gas, Europe is now becoming dependent on Beijing instead for its energy – which is still Russian gas, only this time imported from China – which makes a mockery of US geopolitical ambitions to defend a liberal international order with its own energy exports.

Worse, while Europe could buy Russian LNG for price X, it instead has to pay 2X, 3X or more, just to virtue signal to the world that it won’t fund Putin’s regime, when in reality is is paying extra to both Xi and to Putin, who is collecting a premium price thanks to the overall market scarcity.

Amusingly, without expressly stating it, the FT does imply that Europe is buying Russian LNG by way of China:

If Russia ends up exporting more gas to China as a means to punish Europe, China will have more capacity to resell its surplus gas to the spot market — indirectly helping Europe.

Why not just admit the obvious – that China is helping Russia skirt sanctions as both countries get very rich in the process? Because then the FT’s own judgment – after all, the newspaper is a conduit of the neoliberal thinking that demanded a complete embargo on Russian energy, an embargo which even the WSJ now admits (see “Russia Confounds the West by Recapturing Its Oil Riches“) has backfired spectacularly – would be put into question.

FT’s flaws aside, the newspaper is correct that the longer this kind of circuitous bypass of Russian sanctions by a hypocritical Europe (which signals its virtue so loudly when the adversary is Russia but doesn’t dare say peep when it’s China) continues, the bigger China’s influence on Europe will be:

The more desperate Europe becomes about its energy supplies, the more China’s policy decisions will have the power to affect the bloc. As Europe attempts to wrestle out of its dependence on Russia for energy, the irony is that it is becoming more dependent on China.