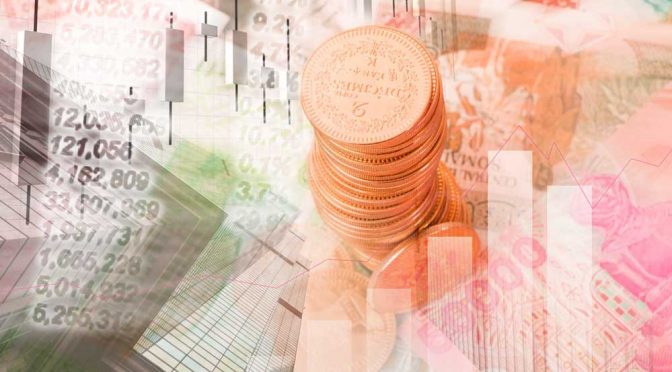 “The issue of creating an international reserve currency based on a basket of currencies of our countries is being worked out.”

So there you have it.

You may recall that Russia has been cut off from the SWIFT system. Now if you’re a consumer of Western legacy media, you’d likely not have heard a word on it, but the fact is that Russia was largely prepared for this and has already developed and is now using the SPFS the Russian equivalent of SWIFT, developed by the Central Bank of Russia since 2014.

If you weren’t paying attention at the time, we were, and I can tell you that after the The West threatened to disconnect Russia from the SWIFT system was when they urgently began building SPFS. This is an alternative for international payments which, in their own words, will… “cut reliance on the Western financial system.”

In the meantime, Russia is taking steps to strengthen the alliance between BRIC nations, including re-routing trade to China and India.

“We are actively engaged in reorienting our trade flows and foreign economic contacts towards reliable international partners, primarily the BRICS countries,” Putin said in his opening video address to the participants of the virtual BRICS Summit.

That this is hardly reported in the Western MSM is both hilarious and rather frightening. Perhaps the sheeple don’t deserve to know they’re on the Titanic and the only life boats are already spoken for by the 1%.

In any event, underpinning this trade with the USD is problematic not only for Russia, but any country which may now (or in the future) disagree with the US. This lesson was taught earlier this year, after Russia found $300b of its USD currency reserves to have been stolen. As such, any alternative currency must be removed from any Western influence in the trade.

The USD is backed by “the full faith and credit” of the US government, which is to say… debt. This debt-based system is problematic for the US, which a lot of people focus on. That is true, however in the short term it is a bigger problem for those in the system that are not the US.

Because the US has seigniorage, while others don’t. That means the eradication of the USD system for many actually involves paying off the debts. That is bullish for the USD, and that very bullishness itself creates a feedback loop which causes more bankruptcies (particularly in Emerging Markets). But this also creates a situation where, when seeing the inevitability of outcome, many countries will find the relative benefits of a BRICs currency system, especially when not penalized for defaults on the old (Western US led) system.

Practical example of this on a smaller scale: Let’s say, you own a $1m property in Japan, and you have a mortgage of $800k on it. You’re servicing this OK with income in Yen. Then the Yen blows out, causing rates to rise, and your ability to service collapses. You know that even if you spend every last penny on your mortgage payments, you’re still going to lose your house. Your bank has a long history of threatening behavior and kicking folks out of their home.

They’re also the only bank in town, and if you get on the wrong side of them – well you’ll never get a loan again. Now… imagine you could declare bankruptcy, but simultaneously nationalize your house and tell this bank to get stuffed.

That today is the international situation. Now naturally that bank won’t be happy with you and won’t extend any credit again, maybe ever, but another bank has seen this coming and opened down the road. It has literally suggested that you do this and they have promised not to penalize you for defaulting on your mortgage. What do you do?

We’re in the early stages of this, though it is moving very quickly now. What is worth considering is that this new BRICs based currency system hasn’t got the debt based system in place, where participants are tied to it like serfs. They need something new and it needs to be non coercive. A carrot, not a stick.

And this is where the following is so important to understand.

This new currency system will be backed by “stuff”

After all, it is what the BRICs are known for.

This is from a Russian news site.

“Russia proposes a new international standard for trading in precious metals: the Moscow World Standard (MWS) which will become an alternative to the London Bullion Market Association (LBMA) which systematically manipulates precious metals markets to depress prices. According to Russia’s Finance Ministry, this new, independent international structure is necessary for “normalizing the functioning of the precious metals sector” and its creation is”critically important.”

The foundation of a new currency system is being built together with trade being conducted outside of Western financial institutions and centers.

Chris MacIntosh After working for many top-tier investment banks, Chris left the corporate world. He has since built and sold multiple million-dollar businesses, built a VC firm allocating $35m into early-stage ventures, and become a full-time trader. He now manages money for clients of Glenorchy Capital; a macro focused hedge fund. Chris is the founder of Capitalist Exploits, with its flagship investment subscription letter called Insider.