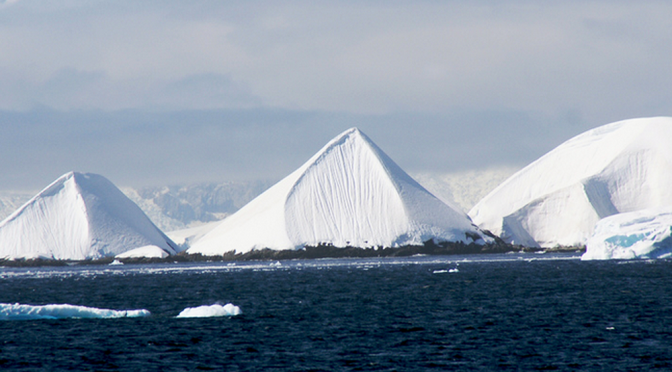 by benjamin
February 27, 2017
The world-wide takedown of the Khazarian mafia is accelerating with arrests, assassinations, information warfare, financial warfare and more esoteric forms of combat, according to multiple sources.
There is also a flare up of activity in Antarctica. Top US and Russian generals Joseph Dunford and Valery Gerasimov met on February 16th and “launched a combined US-Russian force steaming toward Antarctica after the cabal set off nuke,” according to Pentagon sources. This “nuke” is apparently the source of radiation being detected in various parts of the atmosphere and so there will be serious retaliation, other Pentagon sources said.
There are also reports that all civilian personnel are being evacuated from Antarctica and that large contingencies of special forces are arriving with state of the art scalar and other weapons technology.,

Pentagon sources are also saying the “Deep quake in Bolivia may have been a message to the Bushes in Paraguay and their drug lords in Peru and Bolivia.”
There is also a lot going on in Japan and Korea related to the Bush/Clinton Nazi faction’s allies the Unification Church, who have a ranch next to the Bush ranch in Paraguay.
The official government seal or chop (the Japanese equivalent of a Presidential signature) of Japan has passed into the hands of Crown Prince Naruhito and he immediately started a major clean up, targeting the treasonous regime of Shinzo Abe in preparation for the start of a new age in that country. That is why all the Japanese newspapers suddenly started reporting a real estate scandal involving Abe and Defense Minister Tomomi Inada.

Akie Abe gives up her honorary title at a nationalist school making real estate and hate speech waves in Osaka that is also linked to defense chief Tomomi Inada.
There are also moves being made against high-level thugs like Tenzan Nakai, who once tried to get this writer to drink a glass of orange juice laced with amphetamines so he could film me appearing to be mentally unstable. The video of me on amphetamines would have then been used to convince the drug hating Asian secret societies to lift their protection of me so I could be killed, Sources close to Nakai also inform me he poisoned my webmaster Lisa with a cancer causing agent. A picture of him can be seen here: 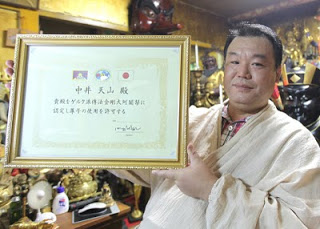 Other members of this Unification Church linked group of sub-contractors for the Satanists include Dr. Yoshiro Nakamatsu, the Dalai Lama, Prime Minister Abe, Finance Minister Taro Aso, the geisha murdering former Prime Minister Junichiro Koizumi and former Prime Minister Yoshiro Mori, according to multiple sources including members of various royal families.
This group, realizing that Abe’s goose is cooked, is now trying desperately to put in the politician Ichiro Ozawa as the next prime minister. Ozawa is one of the co-conspirators in the Fukushima nuclear and tsunami mass murder attack on Japan and is not going to be allowed anywhere near the Prime Minister’s office, right wing sources close to the emperor say.
Sources in Japanese military intelligence, meanwhile, say the payroll for all these Unification Church linked goons has been traced through several routes to the French branch of the Rothschild family, and to the Federal Reserve Board shareholders Jennie K. Scaife and David N. Scaife. Their foundation, among other things, financed the 911 linked Project for a New American Century. These are the people who called for a “New Pearl Harbour.”

The Scaife Foundations refer collectively to three foundations in Pittsburgh, Pennsylvania. The three subdivisions are: the Allegheny Foundation, the Sarah Scaife …
Japan will soon be rid of all of these traitors and the US military and agency white hats are going after their paymasters like the Scaifes and the Rothschilds in the US and Europe. The Japanese intelligence sources also say the US military and agencies should take a close look at the activities of the Cabot family of Boston.
Japanese gangster sources (both Sumiyoshi and Yamaguchi) meanwhile say the head of the Satanist gangsters in California, and a person they have regularly done business with, is movie director Martin Scorsese. Scorsese was in the news last week making veiled threats of multiple assassinations of politicians.

Martin Scorsese said ‘it’s a scary time’ for the world at an award ceremony in Dublin. He said the aftermath of the Iraq War ‘had created thousands and thousands of …
The purge of cabal stooges has proceeded further in South Korea where President Park Geun Hye has been removed from power and top Samsung group scion Jay Y. Lee has been put in jail.

There is also a lot of intrigue taking place in North Korea. The world’s media is going full out on reporting the assassination of North Korean leader Kim Jong Un’s elder brother Kim Jong Nam in Malaysia. The murder was carried out using VX gas, which is only produced by the US military industrial complex. However, it appears they only killed a body double because the real Kim Jong Nam has tattoos 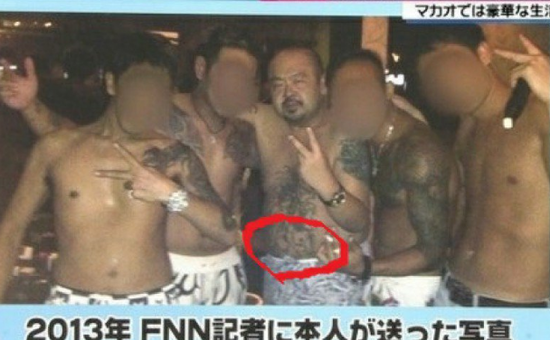 … while the man killed in Malaysia does not.
The official Chinese Xinhua News Agency is reporting the incident as the death of a person with the North Korean passport name of Kim Chol.

Sources in Chinese intelligence say the real Kim Jong Nam and his family have been taken to a safe location.  This may be why a planned trip by North Korean officials to the US has been cancelled. Asian secret society sources say their preferred candidate for Emperor of a United Korea is Kim Jong Nam’s eldest son, the Sorbonne educated Kim Han Sol, 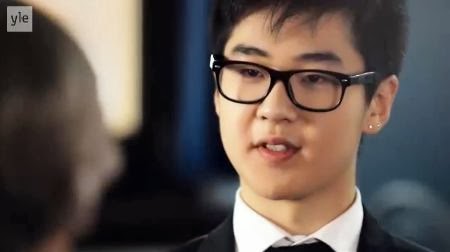 … and not Kim Jong Un.
Meanwhile in Indonesia there is also a lot going on in terms of taking down the cabal. Here is what a CIA source in Indonesia had to say:  “It looks like the Indonesia government ( Jokowi backed by Xi Jinping) is putting the squeeze on PT Freeport and the Grasberg mine. Which actually means the certain cabal members known as the Nazi Bush/Clinton/ Rockefeller crime syndicate, are having their grapes squeezed hard.”

This maneuver is aimed at cutting off the cabal’s gold supply and thus their ability to continue to finance nefarious activities around the world.
In the Middle East meanwhile, the entire fake Zionist ISIS campaign is being wound down. “New National Security Adviser [H. R,] McMaster has already made his mark to neutralize Zionists with moves to block labeling the Iranian Republican Guard as a terror group,” Pentagon sources say. In a sign he is onto the entire ISIS scam McMaster said last week the phrase “radical Islamic terrorism” is unhelpful because terrorist organizations like ISIS represent a perversion of Islam, and are thus un-Islamic.

This of course means that the takedowns of the real architects of terror, people like Benyamin Netanyahu and Jacob de Rothschild is imminent. US traitor John “ISIS” McCain, who has recently been leading the “blame everything on Russia” campaign, has been outed as having himself illegally asked the Russian government for donations.

“When pedogate and Hillary arrests begin, this should free the USA from the death grip of the Jewish mafia,” the Pentagon sources say.
The fact that Trump had a meeting with leaders of anti-human trafficking organizations on February 21st is a public sign the pedophiles and the Jewish mafia in the US and Israel will be targeted, they say.
The death of Fox TV commentator J Alan Colmes “following a brief illness,” was a sign an attack on the corporate media whores in the US had begun, US intelligence agency sources say.
CIA sources meanwhile say the Trump regime is also going after the pharmaceutical companies. They say a secret executive order has been made and that arrests and assassinations of top pharmacidical industry criminals has begun. It is a good bet we will not be hearing from Bill Gates any more soon, the sources say.
Faced with this common Satanic enemy, the Anglo-Saxon people are uniting again. The United States is apparently about to join the 2 billion strong, English speaking Commonwealth of Nations. That will put them in a more than equal global position with China.

In Europe too, action continues. The Dutch government has formally begun an enquiry into leaving the Euro while opinion polls show anti-Euro Marine Le Pen in a commanding lead in France. However, the biggest news in Europe last week came from Spain where top Spanish banker and former IMF boss Rodrigo Rato was sentenced to jail along with 64 other bankers.

On the more esoteric side of things there has been huge battles in cyberspace between competing AIs, multiple sources agree. This battle is over both the control of finance and the control of information people receive and the Satanic faction is losing.
There are also media reports of witches getting together to cast spells against Donald Trump.

Light-workers are counter-acting this with mass prayer and meditation. We have also received the following message from a very esoteric source:
“Satan has returned to the original creation and received absolution.” What this means is that what is going on now on the surface of the planet earth is a mopping up operation targeting lesser demons, this source says.
NASA recently announced that 7 habitable planets have been found only 40 light years away. NASA has also announced faster than light technology. These are signs the quarantine of the planet earth may soon be lifted and humanity will be free to expand exponentially into the universe. We shall soon see.