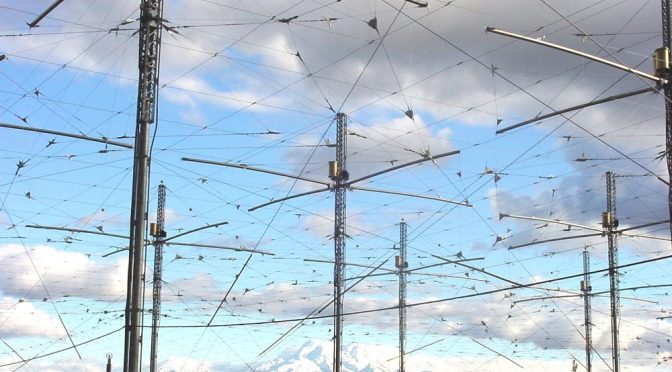 Evidence is mounting that both a new financial system and a civil war in the US are imminent. There is also a high probability the US east coast will be hit with a geo-engineered hurricane so severe that people are being asked to evacuate 60 miles inland, CIA sources say. What seems to be happening is that the Khazarian mafia is unleashing weather weapons and making other mischief to try to prevent the announcement of a new, gold-backed financial system.
First, let us look at all the gold related news, some of it bizarre, that has suddenly poured out in recent days and all seems to be preparing us for the announcement of a gold-backed system. This started on August 21st when Steven Mnuchin became the first US Treasury Secretary to visit the Fort Knox gold depository since 1948 and proceeded to tweet “glad gold is safe.”

Then, since his visit apparently failed to generate enough publicity, a fake scandal involving the visit to the fort, the solar eclipse and pictures of his bikini-clad trophy wife appears to have been concocted. In all of this Mnuchin failed to mention the fact the gold has not been counted since 1953 or how much gold “is safe,” but never mind, his wife makes for good distracting eye candy.

Then self-described US intelligence community financial adviser Jim Rickards appeared on TV predicting the price of gold would rise to $5000 or even $10,000 an ounce.

Also, the Rothschilds contacted the White Dragon Society last week to inform them that a large amount of off-ledger gold was being monetized and moved into the financial system. This was backed up with a series of gold-related events from around the world. The most important one was the announcement that China is starting oil futures trading denominated in gold-backed yuan, a clear shot at the Khazarian mafia’s petrodollar system.

Then Germany’s Bundesbank announced it had completed its plan to repatriate half of its gold three years in advance.

Furthermore, Germany announced the forced evacuation of 60,000 people from around the area of the Bundesbank last weekend just as 743 tons of gold was due to arrive there, because of “unexploded World War II bombs.”

This is interesting because when Germany first asked for its gold back from France and the US, neither country had any gold to give back. Around the same time the Americans were caught shipping gold-plated tungsten to the Chinese. Now suddenly the gold is being returned ahead of schedule as Mnuchin tweets about gold being safe.
So, where is all this gold suddenly coming from? Two reliable sources say that gold bunkers in Asia are being opened and the gold is being removed. WDS sources in Indonesia were told by Indonesian authorities that gold bunkers in Indonesia had indeed been opened and the gold was removed. Furthermore, Freeport-McMoRan announced that a deal has been reached with the Indonesian government to continue operation of the giant Grasberg mine there, with Indonesia getting 51% control.

Sources in the Rothschild family say the mine is just a front being used to launder the historical gold into the financial system. The important point to note though is that the Asians now have majority control.
Neil Keenan for his part, has reported that gold and cash bunkers in South Korea have also been broken into. He backed this up by posting videos of gold as well as freshly minted US dollars and Korean Won being divvied up.

All these gold related announcements were combined with serious attacks on the current petrodollar system and strong indications the current US financial system is about to implode. Jacob Rothschild, for example, announced that his company, RIT Capital Partners, reduced its US dollar investment exposure to 37% from 61% in the first six months of this year. Rothschild’s reasons for getting out of US assets were “unprecedented” share prices and a belief that the artificial propping up of markets by the World Bank and Central Banks was unsustainable.

Another high level insider who is getting out of the US stock market is investment guru Warren Buffet who is now sitting on $100 billion in cash because he is finding it hard to find attractive deals.

Investors are also paying 20% more for US Treasuries that mature before the end of September US fiscal deadline than they are for ones that mature after that date, yet another sign that people sense something is coming.

There was a chart on the internet that appeared shortly after the private central bankers had their Jackson Hole summer meeting that showed about 40% of so-called world GDP was just fake central bank accounting magic. This chart has now been deleted from the internet.
The Federal Reserve Board has announced it will be selling off the assets it has been buying to prop up markets but, with $4.5 trillion worth of stuff on its books, it is mathematically impossible for them to do this without imploding the economy.
While this writer does not pretend to be a financial adviser, I can say that in my long career as a financial/business/geopolitical journalist, I have never before seen so many clear warning signs of a disruptive financial event on the horizon.
Clearly the controllers of the old system are not going out without a fight. The “once in a thousand years” (upgraded from once in 500 years) Hurricane Harvey was definitely a weather warfare attack on the US. The Magazine Charlie Hebdo, owned by the French branch of the Rothschild family, seems to point the finger at its owners with a cover page implying that God flooded Houston, Texas as an attack on Nazis.

Now an even bigger weather warfare attack is apparently about to take place in the form of Hurricane Irma. The warning below was forwarded to this writer from a source in the CIA via e-mail:
“MAXIMUM ALERT STATUS – LEAVE COASTAL EASTERN USA ASAP. From NAIG.
Hurricane IRMA – expected landfall Eastern coastline USA, tracking TBA (uncertain) CAT 5 and higher expectation.
Expect major damage – life threatening – major flooding – power outage – transport chaos – looting – high casualty rate/deaths.
Landfall expected from 9th September onwards through 10th and 11th September 2017, could be sooner, TBA.
Updates see:- BPEarthwatch on the web.
ADVISE ALL STATIONS – make preparations now, secure property – LEAVE THE AREA by a distance of at least 60 miles from coast.
Seek altitude, avoid river valleys, flood plains, heavy population areas. Secure food, portable water, fuel and secure shelter.
THIS IS NOT A DRILL. This is “HARVEY” on steroids.
Speed this warning far and wide NOW. Do not wait for the crisis to develop. Even if it does not come ashore (unlikely) the wave propagation is showing wave height expectations of over 50 ft and duration of wavelength of 16 seconds. ALL SHIPPING leave tracking area immediately and run for safe haven at maximum speed while time allows please. All models agree the above data set.
Paget.
Director,
North Atlantic Intelligence Group (NAIG) Public Domain. Ends 23.10 02/09/2017 TREAT AS URGENT.”
This writer could not locate any NAIG on the internet but clearly, at the very least, some people in the CIA are trying to generate fear.
The US military is, in any case, taking action. Here is what a Pentagon source had to say:

There is also a crackdown continuing in Washington DC against “Mossad assets like former Democratic National Committee Chair Debbie Wasserman Schultz and Zionist senator, minority leader Chuck Schumer,” the sources say.
Thugs like the Antifa and fake KKK rioters hired by the Khazarians are also being rounded up now that the FBI and Department of Homeland Security have formally labelled them as domestic terrorists, they note. Google’s Eric Schmidt, Facebooks’ Mark Zuckerberg and Amazon’s Jeff Bezos are also now under attack for their brazen efforts to manipulate public discourse and will have their companies nationalized and broken up, CIA sources say.
The other person who is under serious attack now is top ranking Satanist Benjamin Netanyahu who faces jail in Israel for corruption but really should be treated as a war criminal of the highest order. Netanyahu recently visited Russia uninvited and made a series of threats to Russian President Vladimir Putin, multiple sources agree. Pentagon sources say “Putin was not amused by bibi [Netanyahu]’s threats and lies and sent two attack submarines into the Mediterranean to hunt Israeli subs, to improve training and test new weapons, and potentially to impose a naval blockade.”
The Khazarian controlled or influenced rogue states of Israel, Saudi Arabia, and the Ukraine are being steadily quarantined while their criminal leadership is being removed.
North Korea, for its part, is getting lots of money and weapons technology from the Khazarians but is only interested in its own survival and is not about to start some suicidal nuclear attack on behalf of Khazarians with apocalyptical delusions.