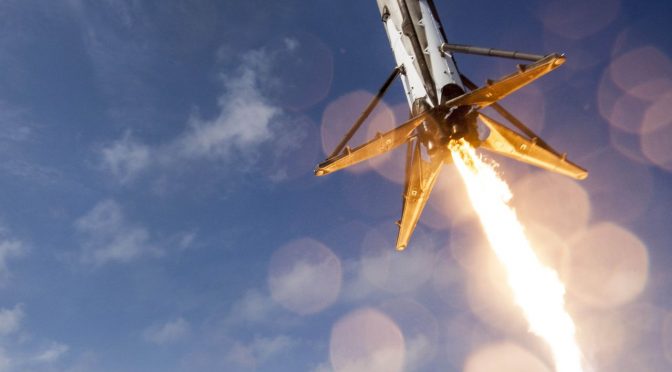 The ongoing war over the control of the financial system, and thus control over the future of the planet, is reaching a dangerous crescendo, multiple sources agree.  Most significantly, the U.S. military distracted world attention last week with a fake feud between U.S. President Donald Trump and his former consiglieri Steve Bannon while they used SpaceX to launch their secret Zuma satellite, Pentagon sources say.

This ElectroMagnetic Pulse (EMP) satellite was launched as the U.S. government’s January 31st payment deadline looms, and will be used against North Korea, the sources say.  Since North Korea is a proxy and is really too analog to be affected by an EMP attack, this is clearly a veiled threat at the Swiss controllers who hollowed out the U.S. and built up China.
Please note that the Western secret government uses the movements of celestial bodies to time major geo-political events, and that January 31st is going to be the date of the first combination blue moon, supermoon, and lunar eclipse in 150 years.
Celestial events aside, the U.S. petrodollar system is in mortal danger these days now that major oil exporters Russia, Venezuela, and Iran are selling oil without going through the dollar system.  U.S. agency attempts at regime change in Iran and Venezuela have failed so far; emboldening other major energy exporters like Qatar and Indonesia into thinking of bypassing the petrodollar as well.  Furthermore, Russia just doubled its oil export capacity to China on January 1st with a new pipeline.
Pakistan has also dealt a serious blow to the old system by announcing it will use Chinese yuan in trade, while expelling 1.4 million Afghans and inviting China to build a military base there.  This means that heroin income from Afghanistan could be threatened.  Since the petrodollar is more accurately described as the petro-narco-dollar, this also a big blow to the old system.
With this background, China is considering January 18th as the starting date for oil futures trading denominated in Chinese yuan and gold.
This is why Pentagon sources are talking about an EMP attack, while CIA sources are saying, as reported last week, that a back door is going to be used to “shut down the financial system.”
In this context, it is also worth noting that an Iranian oil tanker caught fire off the coast of Shanghai last week.  Most likely this was most likely a veiled warning to the Chinese by the U.S. military-industrial complex to let them know they can still cut off much of China’s energy.  In other words, they are telling the Chinese to back off from unilaterally replacing the old financial system until a final agreement is reached on the new.
Meanwhile, now that the top ranks of the Satan-worshipping Khazarian mafia in the U.S. have been decimated, the white hats are grabbing top European pedophiles and Khazarian mobsters and taking them to the U.S. military base on Diego Garcia Island, Pentagon sources say.
Julian Assange is now in U.S. military custody and has provided actionable information to U.S. military and agency white hats. For example, they are now using Navy Seals to track “at least seven shipping containers to stop human trafficking,” Pentagon sources say.
In the campaign against the Khazarian human slavers, the second episode of the BBC mini-series “McMafia” showed Russian and Eastern European women being trafficked into Israel via Egypt, the sources note. Immediately after the show was broadcast, Egypt rounded up 75 people for human trafficking. Also, the Israeli criminal mastermind Moshe Harel was arrested last week for running a worldwide human organ trafficking network.
http://www.arabnews.com/node/1220266/world
There is also a major attack going on against Khazarian hedge funds and their operators, the Pentagon sources note. They note that 10 Khazarians, including hedge fund Bridgewater Associates executive Bruce Steinberg, were “killed in a Costa Rican plane crash.” Former FBI chief James “Comey used to work for Bridgewater, but this may be a message to the shadow bankers and their investors,” they add.
“Attacks on hedge funds and Israeli dirty money continue as former Och Ziff executive Michael Cohen was indicted for fraud in Africa, and he is linked to sanctioned Israeli billionaire Dan Gertler,” the sources continue.
Meanwhile inside the U.S., President Donald Trump dissolved the voter fraud commission after its work resulted in over 10,000 sealed indictments that are now being acted upon, they say.
Hillary Clinton’s Uranium One, Clinton Foundation, and email scandals are being reported on in most major corporate propaganda media now that an official investigation has been formally announced by the FBI and the Justice Department. “After burning files and computers at her New York house, Hillary may be hanged for treason,” the Pentagon sources say.
In fact, Hillary and many others should be hanged for mass murder, and not just treason. If this investigation is real, it will lead to the underwater nuclear weapons that were used off the coast of Haiti to trigger a tsunami and earthquake there. That in turn will finally bring so-called mainstream attention to the Fukushima nuclear and tsunami mass murder attack on Japan. This will inevitably lead to the long-awaited purge of Japan’s slave politicians and their Khazarian puppet masters.
As we have long reported, the Fukushima attack on Japan was part of a plan by the Rothschilds and their hidden Swiss masters to move their Asian headquarters from Tokyo to North Korea. Then Prime Minister Naoto Kan has publicly stated that he was pushed to evacuate 40 million people from Tokyo to the Korean Peninsula in the wake of that “disaster.” 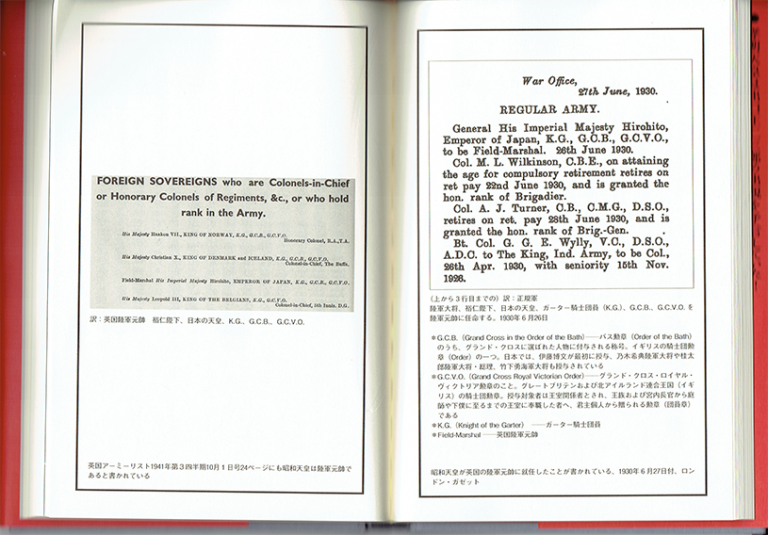 In a sign of just how deep the rabbit hole runs, a recently published Japanese book claims that World War 2 Japanese Emperor Hirohito was in fact a Field Marshall in the British Army. Here are scanned pages from the book claiming to show copies of British military cables that back their claim.
Members of the Rothschild family have told us in the past that the Japanese role in World War 2 was mainly to steal gold from Asia in order to ensure continued Khazarian control of the world financial system.
Meanwhile, a source claiming to represent “the good side of the Rothschild family” sent a diagram with the instruction “follow the white rabbit.” At the very top of this chart they claim that the Vatican and Catholicism are the key to understanding it all.
In any case, one Asian leader who is deeply in bed with the Khazarian mafia, Malaysian Prime Minister Najib Razak, is already preparing to flee, according to CIA and MI6 sources in Asia.
Here is the raw intel from CIA Asia:

“This is very important:

“And the last sentence is the punch line:
‘Najib has yet to publicly comment on Mahathir’s appointment. The prime minister is scheduled to visit Saudi Arabia this week.’
“My MI-6 contact in Malaysia told me that ‘Najib is attempting to get asylum in Saudi Arabia. He may not come back to Malaysia. The heat is on him. He has siphoned off more than $5 billion from Malaysia and everyone in the know is aware of it.’”

Remember, Najib has been embroiled in a missing funds scandal involving Saudi Arabia and Goldman Sachs. He is also a key person of interest in the missing Malaysian Air Flights 370 and 17.
Najib is unlikely to find any real shelter in Saudi Arabia, though, because the regime there is no longer under the control of his former partners in crime, who have been purged. The U.S. military now de facto controls Saudi Arabia.
He could try to seek shelter in the Ukraine instead, but it is unlikely that the Khazarian criminal government there is viable for much longer, either. That is because most of the Eastern European countries it counted on to help it provoke Russia are moving away from the Khazarian fascist EU project. This can be seen in the rejection by 16 Eastern European countries of the plan to import millions of single young Muslim males. It can also be seen in their embrace of the Eastern-looking Eurasian one-belt, one-road infrastructure project.
In Germany, the former bastion of the EU project, nationalists are on the rise and demanding independence again after 70 years of occupation government. Angela Merkel, the most senior Khazarian bloodline person in power in the West, has been told to resign by the anti-bloodline Gnostic Illuminati. Remember, the regime that Merkel represents has mismanaged Germany so badly that the German birth rate has plummeted and the long-term survival of the German volk in and of itself is in danger.
Now that renditions of senior European Khazarians has begun, she will not be able to cling to power much longer. Many people have already vanished from EU headquarters in Brussels. People are also dropping off the radar in Italy and Switzerland.
A revolution in the West is unfolding before our eyes. Let us see how long it will be before P2 Pope Francis negotiates surrender.