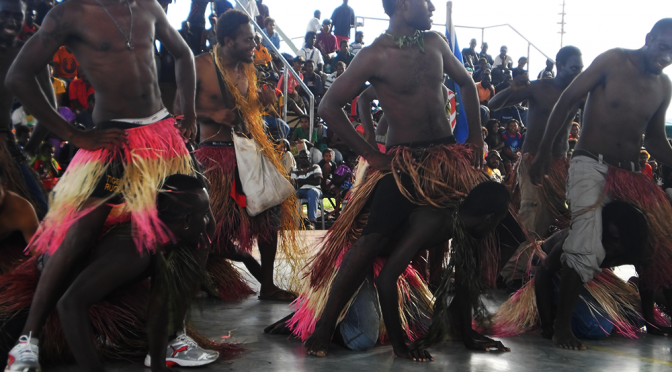 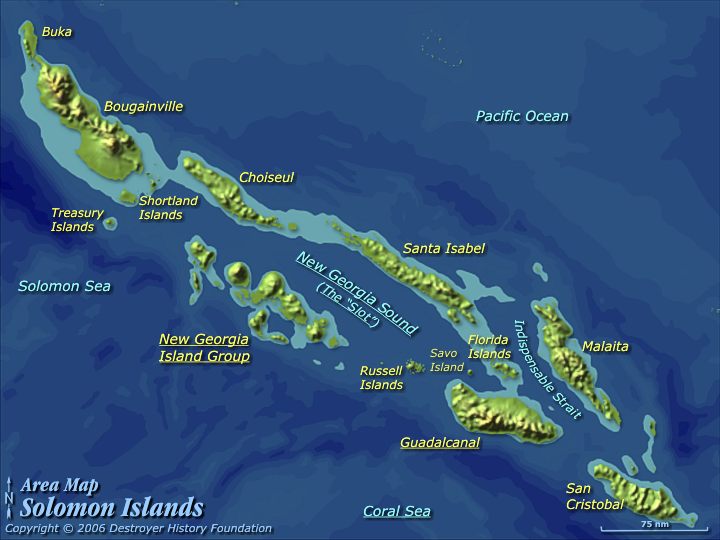 The total amount of money the OECD spent on development in 2016 was $142.6 billion, so if even a small fraction of the wealth of just one of the six sites was used, there would be at least 10 times more money available to help the poor and protect the environment than is now being spent.
The Panguna mine was developed by the Rothschild controlled firm Rio Tinto. However locals, angered at the pollution caused by the mine, as was at the lousy treatment they were accorded by the mine’s owners, seized control after a long war of resistance. Representatives of King David also claim the Rothschild owners of the mine were contemplating destroying the entire island in order to extract its mineral wealth. You can be sure, based on their track record, the Rothschilds were not planning to spend the money they hoped to earn from this to help the planet.
Representatives of Rio Tinto did not respond to multiple WDS attempts to contact them. If an agreement is not reached with the Rothschilds, the WDS will, if necessary, use as much weight of the world’s military as needed to help King David make the gold and other metals available, in an environmentally friendly manner, for the benefit of the planet. One idea is to use mine tailings as landfill in order to create new land for living creatures so that the overall impact of the mining on the island will be to create more space for living creatures than existed before. The WDS will report more on the situation after a June 10-14th visit to the Island.
In any case, the Khazarian mafia has been suffering a stunning series of defeats in recent months as their planetary control grid collapses in increasingly visible ways.
Most importantly, but in a manner still hidden from most of the world, the Khazarians are running out of gold and most of the world no longer accepts their paper, which is not backed by anything but a rapidly evaporating group mind control mechanism.
Khazarian attempts to get gold in Indonesia, Japan, the Philippines and elsewhere in Asia are all being stonewalled, multiple sources agree.
Last week representatives from Citibank and US Ambassador to Indonesia Joseph Donovan promised Indonesian President Joko Widodo they would wipe out all of Indonesia’s external debt in exchange for 12,500 tons of gold but they left empty handed, WDS sources in Indonesia say.
The WDS sources add: “The Sultan of Johor, West Malaysia is involved in the attempt to extort the gold from Jakarta. He is claiming that the gold belongs to his Royal family and this gives him the right to take it back from Indonesia, where it has been stored for the past 70 years or so. This allegation by the Sultan of Johor would mean that this could be part of the collateralized gold accounts, in which the Royal Families of Asia deposited their gold in Indonesia for safekeeping and Soekarno was mandated as M1″.
Soekarno, as well as US President John F. Kennedy, were killed by the Khazarians in order to end their efforts to use this gold for the planet (We assume our readers know the history of this). Now the depositors of the gold are getting their revenge.
The Indonesian WDS sources adds that “I have a strong feeling that [Malaysian] PM Najib Razak is somehow involved in this, as he is a member of the Khazarian mafia.”
The Khazarians are still setting off terrorists attacks in London, the Philippines, Indonesia and elsewhere around the world in order to extort gold but, they are being systematically isolated.
The Bilderberg meeting of top Khazarian mafia servants that just ended on June 4th was a meeting of losers in the battle for the planet earth. At this first meeting since top Khazarian honcho David Rockefeller died, Rockefeller bagman Henry Kissinger continued his effort to become the new secret ruler of the planet earth. However, without gold and without Rockefeller behind him, Kissinger is just an old airbag.
The Rothschilds’ attempt to take full control of the planet following Rockefeller’s death was also dealt a huge blow as US President Donald renounced their Paris accords. “Trump exited the Paris accords in order to stop carbon trading and expose the global warming hoax of roth,” Pentagon sources explained.
Also, inside the Trump regime, “the Zionist-globalist-Goldman faction led by former Goldman coo Gary Cohn, and Jared Kushner were sidelined by the Paris exit as Trump cleans house,” they continue.
The Bush faction of the Khazarian mob is also in “full panic mode” as more and more of their crimes are being revealed, the sources add. Last week, the Pentagon sources say, Bush hitmen killed former Panamanian President Manuel Noriega to “prevent him snitching about CIA drug trafficking and corruption.”
There are also moves to arrest top Neo-con Bush operatives like David Petraeus, former NSA boss Mike Hayden and remove and arrest US National Security Adviser H.R. McMaster, the sources say. The charges will be for illegally receiving and leaking classified information, they say.
The Rockefeller/Bush/Clinton US Khazarian mafia clan’s top henchmen are still struggling to keep themselves out of jail but they are clearly losing the power struggle in Washington DC.
There is also a huge power struggle going on now in China, according to Vietnamese sources. The struggle concerns Wang Qishan王歧山 who is de facto number 2 in China’s power structure and is now the top Rothschild agent in China, the sources say.
The mystery man Guo Wengui郭文贵

who was photographed recently with Jacob Rothschild and the Dalai Lama, and who is apparently now staying at Trump’s Mar A Largo resort in Florida put out a video (which was quickly removed from the internet) last week claiming Wang “has huge connections with Skull & Bones and Freemasons,” the sources say.
If Wang becomes Prime Minister and the official number 2 at the 19th Chinese Communist Party Congress this autumn, “then [Chinese President] Xi Jinping will be dead,” the sources say.
Wang’s power derives from huge amounts of money that he has recently mysteriously obtained and has been spreading around, they say.
These same sources, who have access to top level intelligence about China, say Xi Jinping “is in a very dangerous position.” “He can either try to continue communist rule, in which case other interest groups will try to get rid of him before his term ends,” the sources say “or if not, he can end communism like the Soviets did in the 90’s.”
The same sources say that another senior Chinese defector, Ling Jihua, has given the US “way more information on submarines, nuclear codes etc,” because of his opposition to Rothschild controlled Wang.

Even if these sources are wrong, there can be no doubt the Chinese situation will remain turbulent under the surface between now and mid-summer as jockeying for the next politburo, set to be formally announced in the autumn, continues.
There are also changes coming to Europe as top Khazarian mobster and German Chancellor Angela Merkel as well as Rothchild slave and French President Emmanuel Macron realize the consequences of the Trump regime saying they will no longer protect them from Russia. The result, after some initial huffing and puffing by the French and Germans, has been for both countries to suddenly start currying favour with Russia.
There has also been some sort of schism taking place in the Middle East with Egypt, Saudi Arabia, Kuwait, Bahrain and the UAE suddenly cutting off relations with Qatar. Qatar is home to the Al Jazeera news network and a huge US airbase. Qatar’s Sheikh Tamim bin Hamad Al-Thani apparently deviated from the official Khazarian line in the Middle East by saying nice things about Iran, Hamas and Hezbollah as well as Israel. The Saudis are now blaming Qatar for Daesh in an outrageous case of the pot calling the kettle black.

In reality, the fight is almost certainly related to the fact the Qatar has reached a pipeline deal with Russia and the Syrians to export its gas while the Saudis have not.
The result is that the Saudis too are now rushing to curry favour with Russia. So far, it seems, the Russians have invited them to spend their money in remote arctic regions.