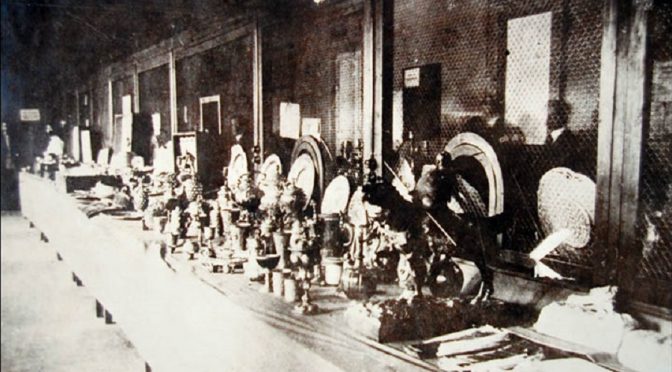 by benjamin
September 6, 2016
Reliable Russian and CIA contacts both told the White Dragon Society that the top bosses of the Khazarian mafia are seeking to trade shelter in Russia for gold. This is just the latest in a whole slew of signs Khazarian mafia rule of the planet earth is crumbling. The White Dragon Society and its allies will continue to press the offensive with the aim of permanently ending their rule as early as this autumn.

Another big sign of Khazarian mafia defeat has been the degrading treatment given to UNITED STATES OF AMERICA corporate spokesperson Barack Obama in Asia and elsewhere. Obama was literally denied red carpet treatment on his arrival in China for last weekend’s G20 summit. This was in sharp contrast to the super VIP treatment given to Canadian Prime Minister Justin Trudeau who has been recommended to China by the WDS as a better leader for North America than either Hillary Clinton or Donald Trump. Trudeau was treated like a superstar in China during a one week visit that resulted in Canada publicly dumping its support of the US corporate government by announcing its intention to join the China led AIIB.
Japan is now expected to follow suit, leaving the US corporate government isolated on the world stage.
Obama was also forced to cancel a planned meeting with Philippine President Rodrigo Duterte after Duterte called him a “son of a whore.”
https://www.theguardian.com/world/2016/sep/05/philippines-president-rodrigo-duterte-barack-obama-son-whore
Barack Obama cancels meeting after Philippines president …
www.theguardian.com
Rodrigo Duterte further strains diplomatic ties with Washington as he warns US leader not to question him on extrajudicial killings
This matters because the US corporate shift to Asia depended in large part on stoking territorial disputes between China the Philippines and other ASEAN countries. Instead, the ASEAN countries agreed with China to settle their territorial disputes peacefully.
There is a lot more humiliation and hopefully oblivion in store for the US corporate government as the September 31st fiscal year end approaches. Efforts to finally bankrupt them center on international dumping of US Treasury bonds combined with gold buying. There is also a huge campaign under way now to make sure the supply of drug and oil money to the Federal Reserve Board and its US corporate government subsidiary is cut off so they will be unable to kick the bankruptcy can down the road any further.
Duterte’s murderous campaign against drug dealers in the Philippines is just one aspect of this. The big campaign to cut off cocaine money from South America is also intensifying. The US military white hats are doing their part by cutting off all Bush/Clinton Nazi faction CIA drug flights through the Incirlik airbase in Turkey, the Ramstein airbase in Germany and the Bondsteel base in Kosovo, Pentagon sources say.
The recent confusing and contradictory news about ISIS in Iraq and Syria is all about cutting off oil revenue to the Bush/Clinton faction of the cabal. The Russians and US military white hats are now cooperating with the Turks, the Iranians and the Syrians to make this happen.
The situation has reached the point where the handlers of Hillary Clinton contacted the WDS to say they were planning to end Hillary’s bid for President. They are either going to use her poor health as a reason for her to quit or else they will have her assassinated in a way that makes it look Donald Trump was involved, the Clinton handlers say. Recent US corporate media headlines indicate it is the heath option they are going to choose.
http://www.nbcnews.com/politics/2016-election/hillary-clinton-strug…
There is also growing evidence that most Hillary Clinton public appearances being shown in the media are being done with blue screen technology, meaning she is either avoiding dealing with real audiences or that she is no longer around. A high level P2 freemason lodge source says that look-alikes or clones can only be used to read pre-written speeches or cut ribbons but are not able to carry out complex conversations. This may explain why Hillary has been avoiding press conferences for close to a year.
Copies alleged to be of Hillary’s medical reports (forwarded by the CIA) can be seen below: 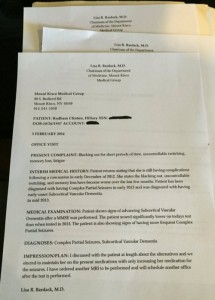 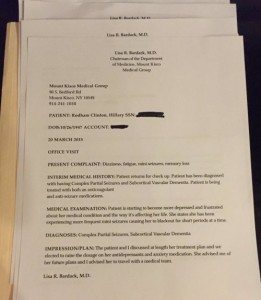 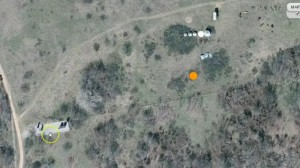 Due to an intensifying space war, more and more news items linking X-files type events with mainstream reports can be expected, according to sources in the extra-terrestrial linked faction of the military industrial complex. There can be no doubt about it, we are living in historical times. This we must make sure the good guys win.
http://benjaminfulford.net/2016/09/06/khazarian-mafia-bosses-offer-to-return-tsarist-gold-to-russia-in-exchange-for-shelter/
Aside from the fiat monetary scam and bloodsoaked petrodollar, another significant source of funds for the Nazionist Khazarian Mafia is the “healthcare” industry which registered a whopping $3.09 trillion in 2014, and is projected to soar to $3.57 trillion in 2017, in the US alone. We believe that this is just a conservative figure.
We can avoid using drugs, defeat any viral attack and scaremongering, like the Zika virus, easily by knowing how to build our own comprehensive antiviral system. Find more about how we can kill three birds with one stone, right here.