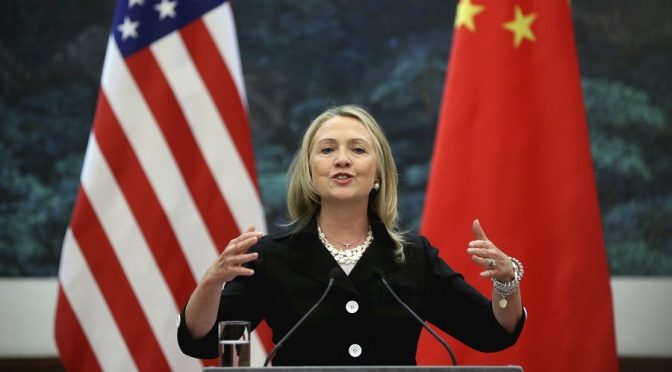 by benjamin
August 9, 2016
An official who reports to Chinese President Xi Jinping told a representative of the White Dragon Society last week that Hillary Clinton had offered to hand over Korea, ASEAN and Japan to help create a “United States of China,” if the Chinese supported her bid to become President of the United States. Clinton also told the Chinese that a short sharp war with the US military would be needed to put this plan in place and establish China as the world’s number 1 superpower. For this reason China supports Clinton, the official said.