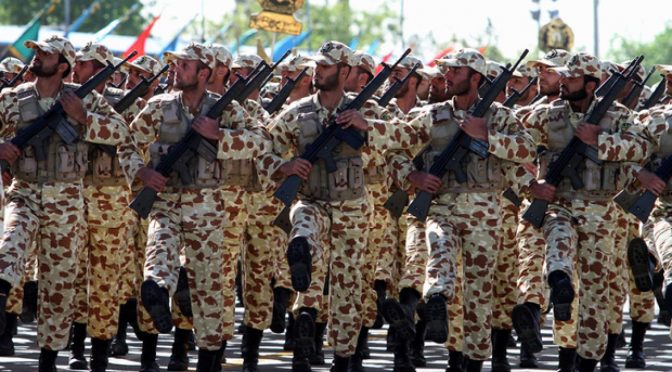 The latest attempt by Khazarian Satanists to trigger World War III in Iran has backfired spectacularly. What happened was that U.S. President Donald Trump, following the orders of Satanic Chabad pseudo-Jews, ordered a massive attack on Iran on June 21st, a day of Satanic summer solstice fire sacrifice, but the U.S. military refused to obey him. In the end, the only fire sacrifice came in the form of huge explosions at a Philadelphia oil refinery that took place at the same time the Iran attack was supposed to have happened.

This came about as Iran shot down a U.S. drone entering its airspace, while deliberately not shooting down a manned U.S. airplane that accompanied it. To save face, Trump’s Khazarian puppet masters issued laughable news reports saying they had hit Iran with a “retaliatory digital strike.” What they should have said was a “retaliatory fake news strike.”

Pentagon sources say Israel was the likely perpetrator of these attacks, and a direct line was established between U.S. Central Command and the Iranian Navy to ensure that third-party provocations like this would not result in war between the U.S. and Iran.

In a related move, U.S. Acting Defense Secretary Patrick Shanahan was fired “because he showed up on a list of people compromised by the Khazarian mafia,” MI6 sources say. In particular, he was deeply involved in the “weaponization of civilian aircraft by Boeing,” his long-time employer. In other words, he was involved in the Malaysia Air Flight 370/17 mass murder and nuclear blackmail incident, the sources say.

The U.S. military also remains unwilling to supply a Secretary of Defense to, or follow orders from, the Trump administration. Instead, “the military is sending its elder statesman, former Joint Chiefs of Staff Chairman Admiral Mike Mullen, to oppose war with Iran on ABC,” Pentagon sources say.

Even long-time Trump supporters are finally beginning to realize the president is personally compromised and blackmailed by the Satanic Chabad cult to which his son-in-law Jared Kushner belongs. These fanatics believe they have to trigger a war between Iran, China, and Russia (Gog) and the G-7 (Magog) in order to start a war that will kill 90% of humanity and allow them to enslave the remainder.

Trump, meanwhile, bounces back and forth like a ping-pong ball, depending on whether the last person he talked to was a U.S. military patriot or a Khazarian Satanic gangster.

On North Korea, Trump is getting sane instructions from the U.S. military. That’s why North Korean Supreme Leader Kim Jong-un announced he had received a “letter of excellent content” from President Trump and that “he would seriously contemplate the interesting content.”

According to White Dragon Society sources in the White House, the letter proposed unifying the Korean Peninsula, with Kim being offered the symbolic leadership role of Emperor, while South Korean President Moon Jae-in would become President in charge of day-to-day administration.

Sources in the Japanese Yatagarasu, or Three Legged Crow secret society, confirmed this and added that work would start on a tunnel linking Japan to Korea once the peninsula was unified. The sources added that Korea will be sending a unified team to the 2020 Olympics in Tokyo.

Also, in the future, a marriage between the Korean and Japanese royal families might be arranged to promote peace and unity in Northeast Asia, the sources say.

A resolution of the Korean issue will mean the world can focus its full attention on bankrupting the U.S. Corporate government and forcing the Zionists and their rogue state of Israel into stopping their terrorist and warmongering activities.

The WDS has suggested to various power brokers that bankrupting the U.S. Corporate government would remove the Khazarian Mafia’s main source of power. One attempt to do this nearly succeeded early this year, as the U.S. government was forced to shut down for 35 days (but remember, the U.S. military stayed funded for that time).

However, following that, Trump seems to have blinked and become a raging Zionist fanatic after all the military left his government. Since then, the corporate media and Trump have been pumping up the stock market and chanting “the economy is doing great,” when the reality is the opposite.

Now, the U.S. corporate government is facing bankruptcy again, this time by losing the trade war with China. The fact is that while Zionist bankers can pump up the U.S. stock market with their funny money, they cannot use it to pay for imports.