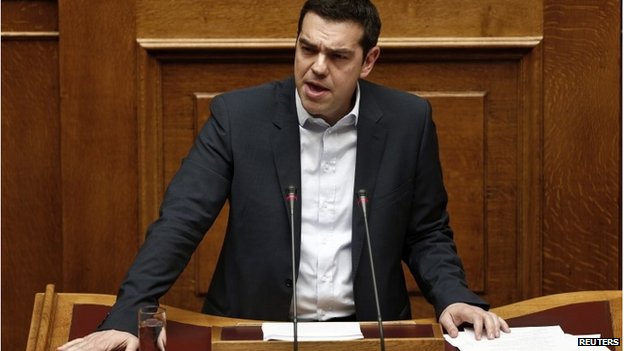 The newly elected Greek government remains defiant amid the scaremongering of European bankers led by Germany.
They are holding on to their campaign commitment of not accepting austerity-bearing loans, and they are demanding that Germany should pay for the economic damages it had inflicted on Greece during World War 2. These damages included interest-free bank loans and infrastructure damages it made against Greece.

Will Greece Be First in Europe
To Join the BRICS?

by Dean Andromidas
[PDF version of this article]
Feb. 2—The Greek people gave Syriza and the Independent Greeks an overwhelming mandate in the July 25 elections to say “ochi” (“no”) to their foreign oppressors. The performance of the new government, led by these two parties, in its first week in office, demonstrates that it is fulfilling expectations—much to the consternation of the Euro-fanatics bent on saving their dying financial system.
END_OF_DOCUMENT_TOKEN_TO_BE_REPLACED 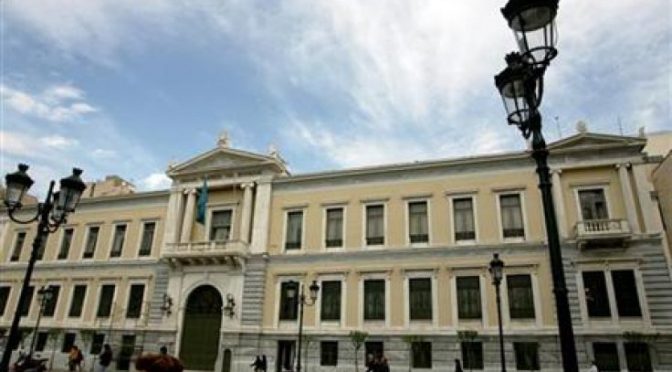 It’s still the first month of 2015, and yet the Greece Central Bank is already tapping its last resort Emergency Liquidity Assistance [ELA], the same option it used back in 2011 when Greece’s economy was imploding.
We ain’t seeing nothing yet…
END_OF_DOCUMENT_TOKEN_TO_BE_REPLACED