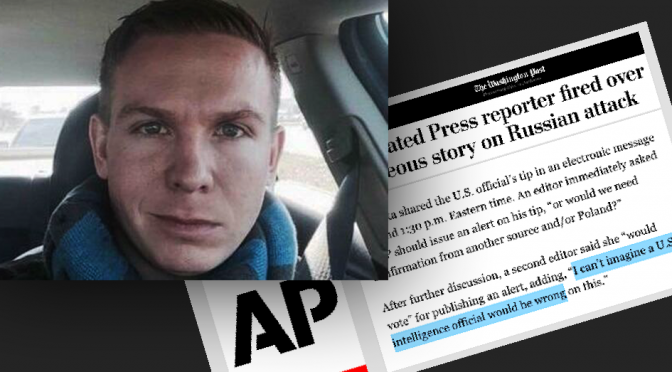 On Tuesday we reported that the Associated Press had fired reporter James LaPorta, two days before his birthday, over an erroneous report which cited a ‘senior US intelligence official,’ who claimed that a Russian missile fired into Poland had killed two civilians.

END_OF_DOCUMENT_TOKEN_TO_BE_REPLACED
“Never underestimate the power of a few committed people to change the world. Indeed, it is the only thing that ever has.”
~ Margaret Meade