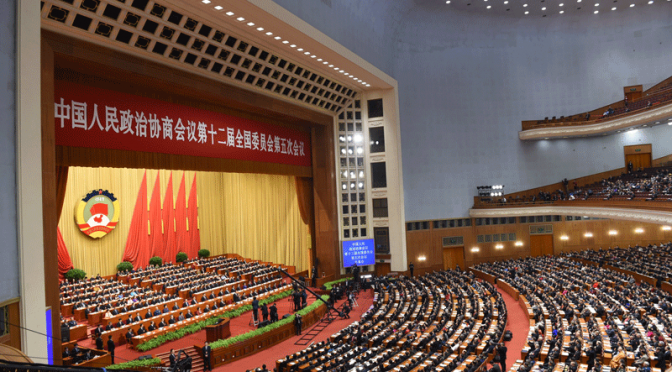 It’s Lianghui (“Two Sessions”) time – the annual ritual of the Beijing leadership. The stars of the show are the top political advisory body, the Chinese People’s Political Consultative Conference; and the traditional delivery of a work report by the Prime Minister to the top legislature, the National People’s Congress (NPC).

END_OF_DOCUMENT_TOKEN_TO_BE_REPLACED 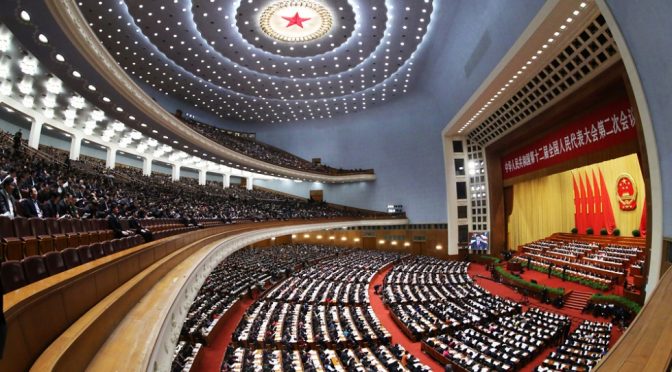 March 15—Substantial international attention has been focused on this year’s meeting of China’s National People’s Congress (NPC) and the Chinese People’s Political Consultative Committee (CPPCC), much of it misguided and/or malicious. But there is a real reason for the Congress’s importance. With the full brunt of the international financial crisis hitting Europe and the U.S., China is playing a crucial role in maintaining stability in the world economy. In particular, China’s commitment to the development of the two Silk Roads, the Silk Road Economic Belt and the 21st Century Maritime Silk Road, represents the only option for the world to chart a path out of the present economic crisis.
END_OF_DOCUMENT_TOKEN_TO_BE_REPLACED