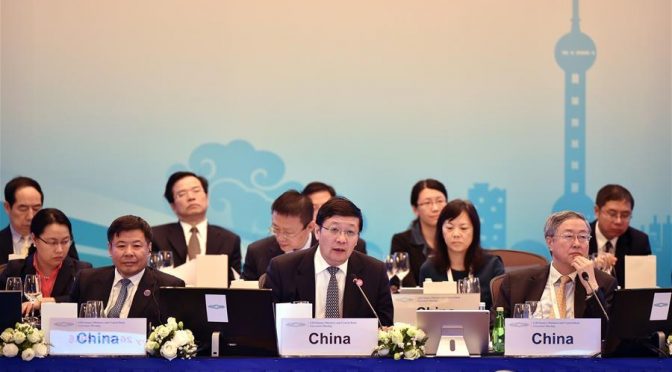 by benjamin
March 1, 2016
A stand-off at a the G20 finance minister’s meeting in China last week is reflected in public calls by China to replace the US dollar and threats by the US military to start a nuclear war. The US military also say they stand ready to enforce any decisions by the international court of justice at The Hague over territorial disputes in the South China sea.