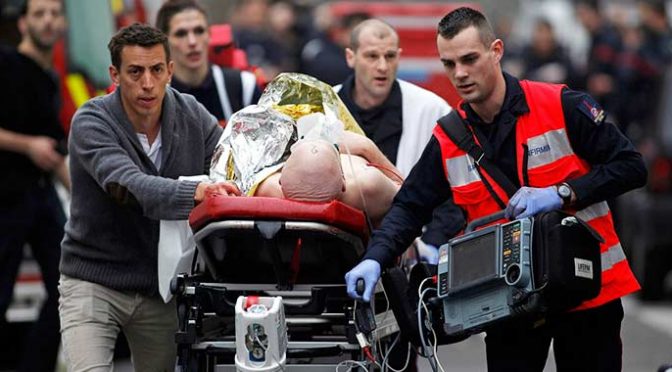 As we have written here, the alleged Charlie Hebdo attack was definitely a false flag operation.
Unlike the ISIL beheading videos, this one did not involve post production blood dispersion, no real bullets either, just pure acoustics.

There’s a great indication that this false flag operation was ordered directly from the top. Hollande’s deteriorating popularity due to France’s decision not to deliver Russia’s Minstral HeliCarriers, among others [economy, geopolitics].
Hollande is also one of Vatican’s most favored children… 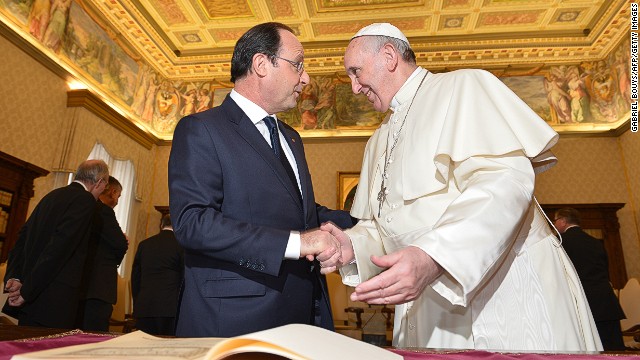 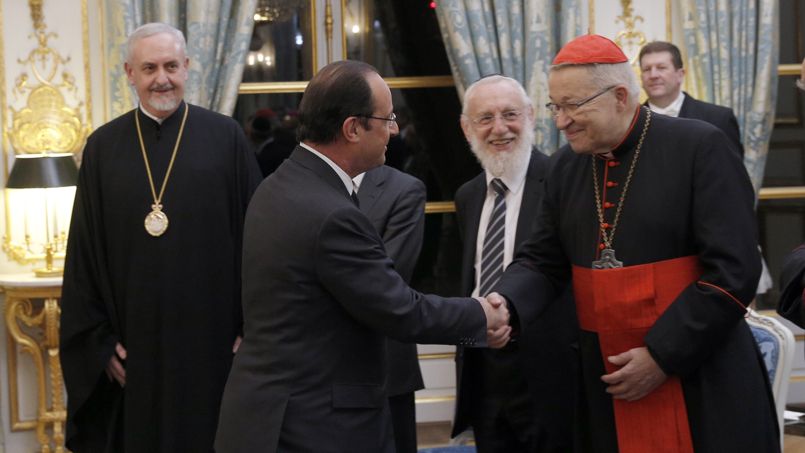 As to the real perpetrator, another probable angle to consider is Netanyahu’s previous warning on France for recognizing Palestinian statehood.

By Kevin Barrett, Veterans Today Editor
False Flag Weekly News just finished a special report on the Charlie Hebdo spectacular in Paris:
Also check out the links to the stories we covered.
I also did a special radio show on Charlie Hebdo, including a verbal battle with neocon propagandist Patrick Poole.
Whenever something like this happens, it keeps people like me really, really busy.
It took me about five minutes to figure out that the Charlie Hebdo shooting in Paris was probably a false flag. So I whipped out a quick blog entry that went viral (almost 15,000 reads in 24 hours).  Et voila:

Just one month ago, France set off a stampede when its lower house voted to recognize Palestine. Now Palestine is in the International Criminal Court, poised to take down Israel for genocide.
Suddenly “Islamic terror strikes France.” Is Paris being punished for its pro-Palestine vote?
In late 2013, Malaysia’s Kuala Lumpur Tribunal found Israel guilty of genocide. A few months later, Malaysian planes started falling out of the sky.
In 2011, Norway’s Labor Party’s youth wing was poised to impose a complete blockade on Israel. Suddenly the entire leadership of the Party’s youth wing was slaughtered in a professional operation falsely attributed to a lone nut, Anders Breivik.
NoLiesRadio produce Allan Rees writes:

They had a camera well placed beforehand to film the attack.
They spoke perfect French
Killed with military precision.
Dressed in military style.
Killed from a target list.
Got away clean.
French President shows up afterwards and then convenes emergency meeting on what measures to enact.
Multiple shooters.
Could this be false flag from French Intel Agency?

One thing I missed in the original blog post: The timing of the Charlie Hebdo event was suspicious, not only because it closely followed Netanyahu’s threat that France was making a grave mistake by supporting Palestinian statehood and unleashed pre-scripted Zionist talking points against France’s pro-Palestine position……But also because the Zionists are panicking at the success of European anti-New-World-Order parties in general, and the French Marine LePen/Alain Soral/Dieudonné contingent in particular. This event looks like it was orchestrated to use against Soral and Dieudonné, who had been obscenely attacked in Charlie Hebdo right before the big false flag.  Shortly after the Charlie Hebdo news broke, Zionist assets were already tweeting attacks on Soral and Dieudonné as if they were reading from the same pre-scripted list of talking points.Of the many suspicious bits of forensic evidence that Charlie Hebdo was a false flag, one of the most striking was the news that one of the alleged terrorists supposedly dropped his ID card at the scene of the crime! (Shades of Satam al-Suqami’s “magic passport” planted near the WTC rubble on 9/11.)
Then there are the video anomalies. Videos of the supposed execution-style slaying of a police officer don’t feature the blood or blast effects one would expect. VT Editor Gordon Duff has cited ballistics experts who say footage of AK47 rounds supposedly hitting concrete with no visible effect, while the reports lack the echo of life fire bullets.

Dr. Kevin Barrett, a Ph.D. Arabist-Islamologist, is one of America’s best-known critics of the War on Terror.
Dr. Barrett has appeared many times on Fox, CNN, PBS and other broadcast outlets, and has inspired feature stories and op-eds in the New York Times, the Christian Science Monitor, the Chicago Tribune, and other leading publications.
Dr. Barrett has taught at colleges and universities in San Francisco, Paris, and Wisconsin, where he ran for Congress in 2008. He currently works as a nonprofit organizer, author, and talk radio host.

Regarding the Islamophobic arch-fake Paris masked men attack on the spoof newspaper Charlie Hebdo where is Inspector Clouseau when you need him? In fact, he isn’t needed here at all. There are Inspector Clouseau clones to be seen in virtually every image. The greatest “Clouseau-like” characters of all are the phony masked gunman themselves, mere agents of the French Secret Services aka the Mossad: 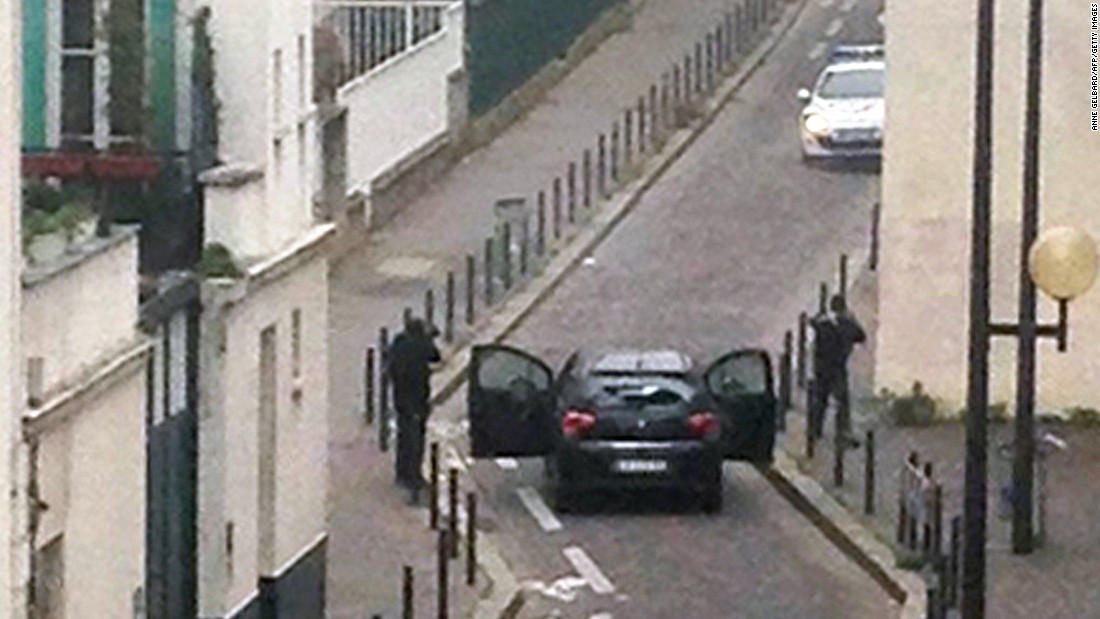 Sure they did, Clouseau and the whole crew, they faced them off with their pea shooters against all those long weapons. Yet, what was it, was it two gunmen and a third, or two heavily armed men plus a get-away-man? Carlie Hebdo, that arch-Zionist operation, is constantly in the news as a means to fake Islamic intolerance. How useless was that cop or cops in that vehicle. How did these ‘gunmen’ get around so much in heavily militarized Paris?

http://www.breakingnews.com/topic/shots-fired-at-french-satirical-magazine-charlie-hebdo/
‘Hey, Chief Inspector,’ don’t be afraid of those dark-clad ‘terrorists,’ get out there with your pea-shooter and confront them.’

Here they are again, the same two Mossad moles, faking it as if they are shooting a man on the street. How about showing the man getting shot to death with all the arterial spurt flowing? They can do that in Hollywood. Why not, here?
Or, is he a police officer under the anti-terror division: Paris police confirm 2 officers killed in Newspaper shootings – @NBCNews
Confirm is a big word. Can the French prove that two such officers were actually gunned down and killed?
Oh, but they killed people, wounding others. Sure they did. Moreover, there is plenty of evidence for it, too:

Does anyone seem to be in a crisis mode, anywhere?

Here it is, the gunnery vehicle, the one with the two doors open constantly:

Charlie Hebdo shooting puts France ‘in a state of shock’

Sure they did, they took the time to scream it through their masks. They waltzed into the building, right through security, and gunned a number of people down, then made their escape without anyone noticing how they did it. 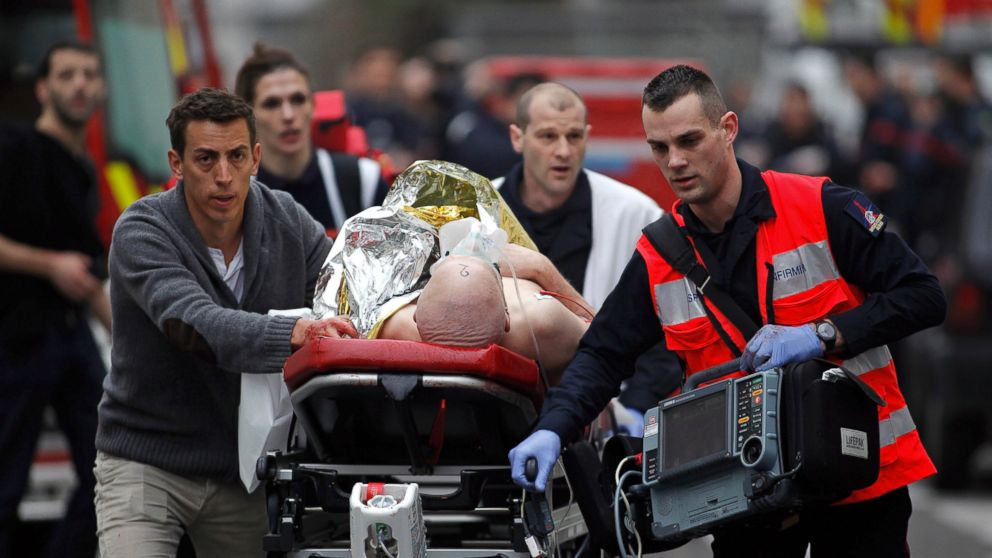 There might have been a bit of tempura paint used on this crisis actors fake bandage; hard to tell. Look at the hoaxer doing the fake inspection, as if he cares. The Zionists need the arch-distraction. Things are not going well. 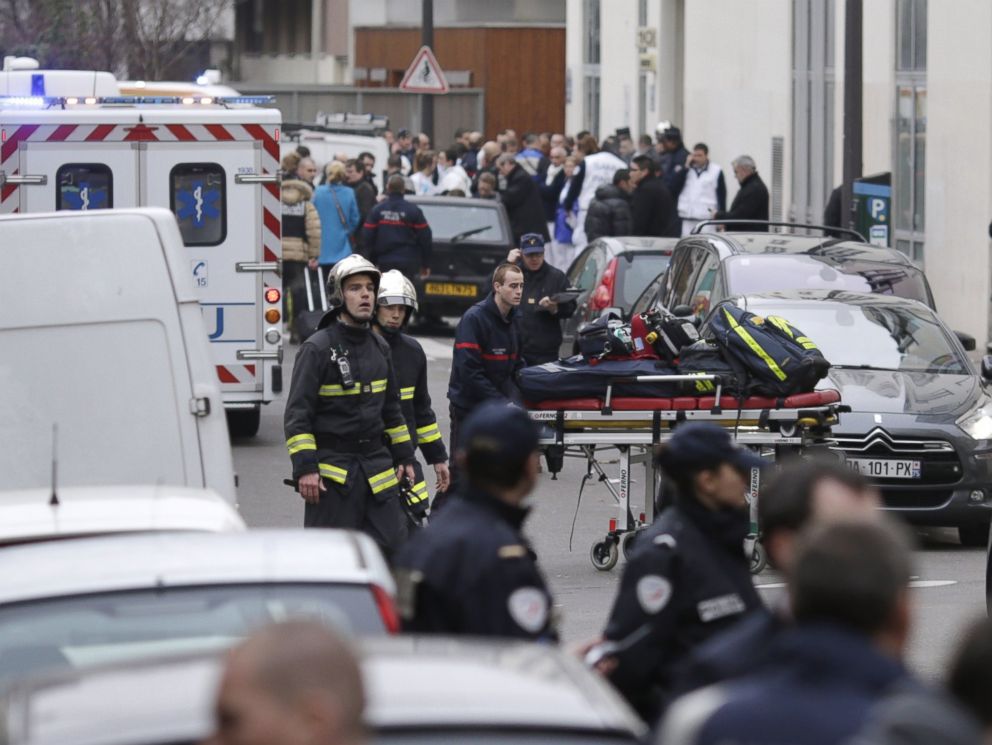 ARVE Error: need id and provider
What is this all about? Regardless, he is some kind of signaling mole. Watch for them. There are a number of them in this hoax, in buildings, on the ground, and on the roofs.

Honestly, where is Mr. Clouseau when you need him. At least he’d make a joke out of it.
ARVE Error: need id and provider
These hoaxers are far more secretive than the Chief Inspector; they have a variety of bizarre means of communication, so no one can realize what is going on:

It is this man who is of interest; he seems to offer a kind of smirk when speaking to his associate. Notice the camera-man in the background.

There he is again, Clouseau’s second in command, peeping out of his corner to check out the situation. Watch what he does next:

Sneaky, isn’t he, as he hides and then takes a long down the lane:

He gives the signal. Is the President now ready to roll on the scene? Talk about a furtive glance:

Moreover, here they are, the servants of Zionism, all doing their dastardly deeds:

This is absolutely a hoax. By no means did anyone die. Nor was anyone injured, all of which is glaringly obvious from the imagery. It’s three hoaxes simultaneously, Istanbul, El Paso, and Paris. It’s all an-arch Zionist plot. There is nothing real about it. This calls for a careful inspection of all claims of any attacks against that arch-Islamophobic entity, so-called Charlie Hebdo.
See also: