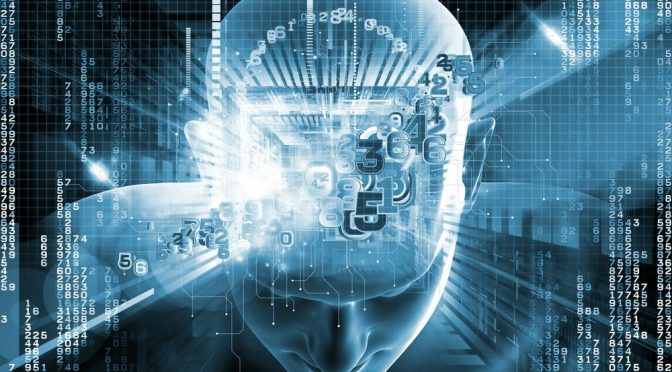 When systems designer and software engineers discovered the thin red line between machines and humans, they have undoubtedly opened a Pandora ’s Box, just like when Nikola Tesla found out all the grave possibilities of using high-voltage, high frequency as well as ELF electromagnetic waves on the atmosphere, the human brain and on the fragile planet itself.

It did not take much time for the Dark Cabal to get hold of these technologies which they intend to use, not just for creating havoc on the population but, in the ultimate mastering of the human domain which includes:

This ultimate Pandora’s Box has fallen into the hands of Raytheon, a company that is connected to the Bushes and Rockefellers.
From the Raytheon website…

Learn more about our technology solutions:

A very extensive study on Jade Helm as conducted by one systems analyst under the pseudonym DJ, who also comes from a family of broad military backgrounds, reveals that this is not just a psyops or a prelude to the declaration of Martial Law but a real ongoing attempt to fully control the human species through the extensive use of artificial intelligence networks, which is also the primary agenda discussed during the last Bilderberg Summit in Austria.
The skeptics would like to dispel this subject as hogwash and ask “how could these officials do this without relevant people protesting them?
Simple. The Bilderbergers own them.
Here’s Transparency International Advisory councilor, Jessica T. Matthews, sitting comfortably on the Bilderbus on the way to the summit.


“Weaving down the alp came the Bilderbus, taking delegates on a whistlestop tour of the Tyrol. Buzzing along above it, at a crazy height, was its helicopter escort. I swear I could have bounced a euro off the roof of the coach and into the blades. If I’d wanted to have been dropped by an NSA sniper.
In the coach below it must have been like being in a washing machine. No wonder the delegates on board looked grumpy. Sitting up front, Jessica T Mathews had a face like thunder. Although maybe the cause of her headache wasn’t the helicopter, but rather the howling contradiction of being on the steering committee of the world’s most secretive policy summit and also on the advisory council of Transparency International USA.
Also on the bus was James Wolfensohn. A fellow member of TI-USA’s advisory council, Wolfensohn was the joint winner of their 2014 “integrity award”, an honour he shared with that other famous transparency campaigner, and the world’s fourth-biggest arms company, Raytheon. Previous winners of the integrity award include (and I kid you not) Coca-Cola, General Electric and the then secretary of state Hillary Rodham Clinton. The great email deleter herself. I think someone should tell TI-USA what “transparency” means. There may have been a mix-up somewhere down the line.”

The same group, the same personalities, the same corporations are meeting annually to share notes on the progress of the automation to master the human domain, i.e. Jade Helm or Joint Assistant for Deployment and Execution.
JADE (Joint Assistant for Deployment and Execution) is a knowledge-based, mixed-initiative system that supports force deployment planning and management. JADE uses case-based and generative planning methods to support the development of large-scale, complex deployment plans in minimal time. JADE incorporates the technology of three tools:

With JADE, a military planner can build a preliminary force deployment plan, including the Time Phased Force Deployment Data (TPFDD) in less than one hour. This speed in plan construction is possible because JADE supports the rapid retrieval and reuse of previous plan elements for use in the development of new plans.
In addition, JADE employs an easy to use map-oriented drag and drop interface where force modules (FMs) from previous plans (cases) whose force capabilities and composition match the requirements of the current situation can be dragged from the case library and dropped onto a geographic destination. Plan modification and/or adaptation is supported through reminders, e.g., each time that a force module is created or is copied into a plan (TPFDD) the user is automatically reminded of the need for geographical changes.

This project, among other black projects, is where some of those unaccountable Asian gold held in Federal Reserve vaults may have gone into.
So, when these people inject wars in the Middle East, or in Ukraine, or induced a debt-based drama in Greece, they are just diverting the global attention to the real monster they have created and are already unleashing to their fully entertained audience.
Here’s the less technical interview of DJ in the Midnight Caravan broadcast:
https://youtu.be/oqGEz9IqOrE
Relevant technical proofs elaborating the reality of Jade Helm, done for us by DJ:

Considering the Veteran’s Today mighty intelligence networks having missed this one, and even compelled us to ignore the whole Jade Helm 15 exercises as mere standard military protocol, we have come into a definite conclusion that they themselves are part of the whole scheme, as we have suspected all along.

Opening the Aperture in 2015

Yes, this AI-based Orwellian world has been rolled out already. They are now charting new paths towards AI-based human slavery. So, just keep enjoy the ride, Sheeples!
“The United States Geospatial Intelligence Foundation (USGIF) is the only organization dedicated to promoting the geospatial intelligence tradecraft and building a stronger GEOINT Community across industry, academia, government, professional organizations and individual stakeholders.
USGIF’s GEOINT Symposium is the preeminent event of the year for the defense, intelligence and homeland security communities.”

All these information tie in nicely to the whole objective of imposing Technocratic Dictatorship, and at the same time we can also see how easy it is to round up dissidents, who are trying to spoil their plans, by using AI armed robots, unmanned drones and the services of personnel, who are just “following orders”.
https://youtube.com/watch?v=KrG5uAoGY08%3Frel%3D0%26controls%3D0%26showinfo%3D0
If only these surveillance, real-time analysis and AI-based decision making technologies are being used to complement suppressed energy technologies, how beautiful this planet could be?
A very extensive treatment on this subject is available at the OathKeepers’ website.
We can show our full appreciation to this research done by DJ and further elucidated by OathKeepers’ Elias Alias , by making this information viral.
We are very powerful when we assert out true worth collectively. We can defeat the Bilderbergers and the Dark Forces behind them.
One of the significant sources of funds for the fascist Nazionist Jesuit Khazarian Mafia is the healthcare industry which registered a whopping $3.09 trillion in 2014, and is projected to soar to $3.57 trillion in 2017, in the US alone.
We can help take down the Dark Cabal by avoiding drugs, defeat any viral attack and scaremongering easily by knowing how to build our own comprehensive antiviral system. Find more about it here.