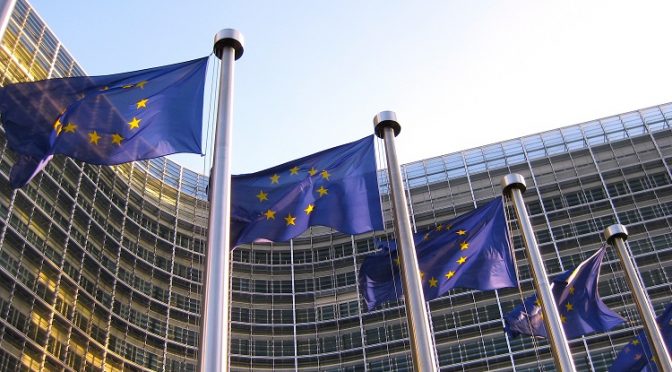 This is now the case with the European Union that behaves more like the collapsed Soviet Union. 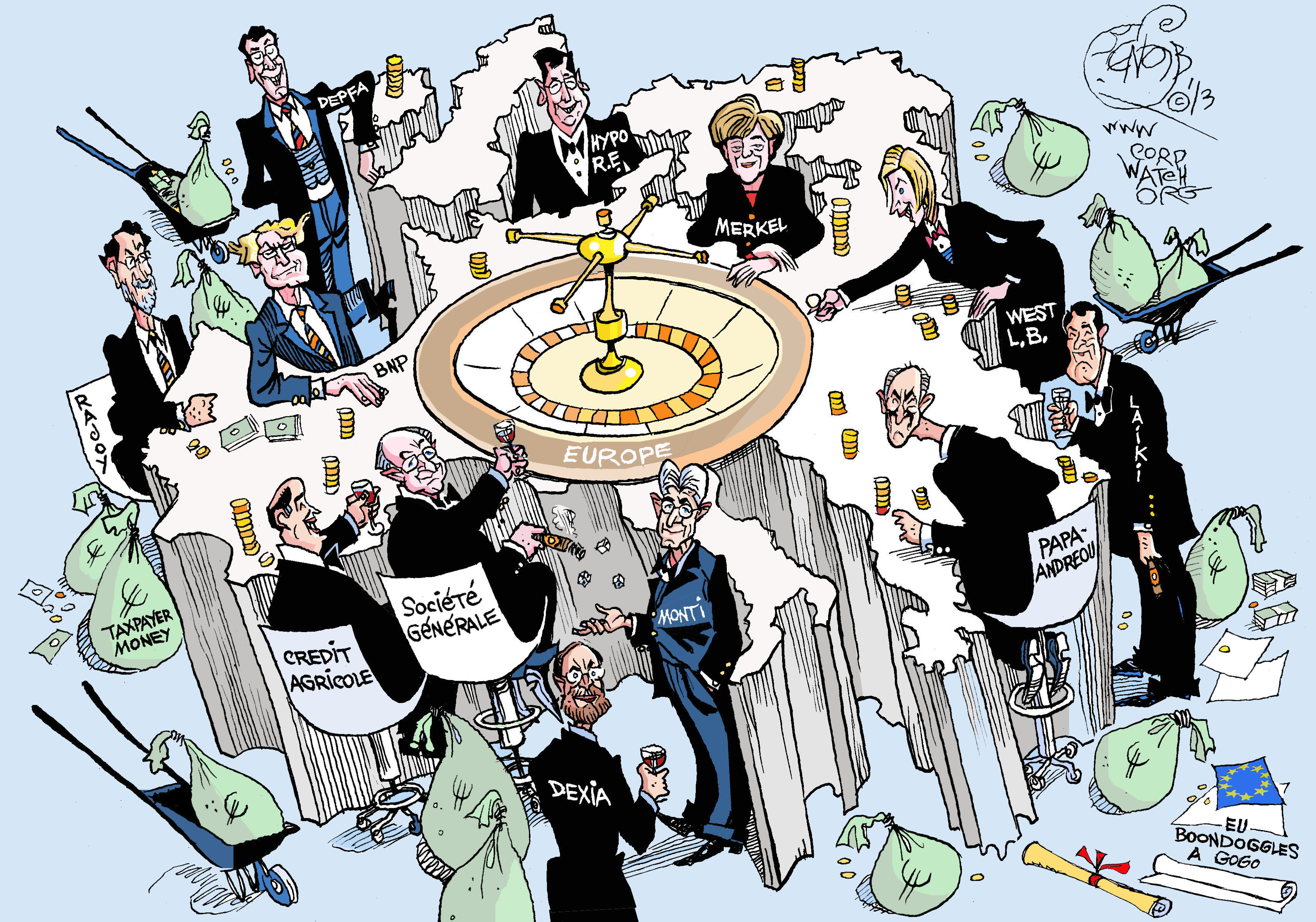 How did this happen?
The European Union was sold as a common market that is turning out to be a common dictatorial regime for the Oligarchy where all member countries, hence its people, are all powerless when it comes to protecting their sovereign interests.
The common government serves only the common agenda of the Oligarchy in a more streamlined fashion, in keeping with the reengineering doctrines of the era.
Those people who were behind the creation of the USSR are themselves members of the elite Knights of Malta, a millitary organization sworn to defend and protect the Papacy.

“1917—The Russian Revolution takes place. The Bolsheviks (Communists) seize power in Russia—funded by wealthy Knights of Malta in the United States. Later, two Jesuit-trained thugs, Joseph Stalin and Catholic Cardinal Agagianian, oversee the Soviet Gulag system. (Note: Both Stalin and Agagianian had been trained at the Jesuit Seminary in Tiflis, Soviet Georgia.) Millions of Russian Orthodox Christians are butchered at the hands of a totalitarian Police State. (Remember, the Vatican has long hated Orthodox Christians, and has slaughtered them whenever and wherever it could.”

EU: A project forced through by stealth

@SamGerrans
The EU is a lesson in deceit.
Like joining a cult or a pyramid scheme, the true nature and cost of the abusive system one is entering are hidden until after the ink has dried on the contract; and having joined, one will not be privy to the agenda guiding what one is now paying to support.
The New York Times puts the underhand nature of the incremental creation of a European bloc into perspective, almost in passing.
Looking at Cameron’s recent Brussels visit, the paper notes: “The departure of Britain from the bloc would throw into reverse for the first time the so-called European project, a program of integration that began with six countries with the establishment of the European Coal and Steel Community in 1951 and that has since expanded to 28 nations, with several others eager to join.”
That’s right, this entity which tells the Prime Minister of Britain what he can and cannot do began life as a coal and steel agreement.
In hindsight, it is clear that this 1951 treaty was simply a purchase point needed leverage in what was to follow.
The agreement itself expired and was abandoned in 2002 and one is left wondering at what undeclared future milestones existing agreements are, in fact, directed.
Bait-and-switch
The man who in 1973 took the UK into what was then called the European Economic Community or Common Market was Conservative Prime Minister Ted Heath.
In October 2011, Conservative Member of Parliament, Mark Reckless, said during a debate on an EU referendum that Ted Heath had promised the British public that “they would have the veto over any important issues.”
He continued: “Yet those same people are now told that what they were then told was a common market, has become a political union in which we can be outvoted whether we like it or not.”

This, then, was a clear case of bait-and-switch.
Heath controlled by outside forces?
Since his death in 2005, Heath has been implicated in child molestation cases.
The Guardian reports: “An alleged victim, a woman, was interviewed by Clive Driscoll[…] He retired last year having reached the rank of detective chief inspector.
Driscoll told the Guardian the woman he interviewed said she had been abused as a child by a group of people, including Heath on multiple occasions: “The person was 100% sure they were talking about Ted Heath. She totally believed what she was saying and that’s where the investigation starts, not where it stops.”
The woman claimed the abuse happened at a time after Heath had served as prime minister. Driscoll said others made similar abuse allegations, but he was not asked to take statements from them.”
Whether the Establishment will close ranks on this case as it has on that pertaining to EU Commissioner Leon Brittan remains to be seen.
If the allegations against Heath are true, it is unlikely that such an abhorrent feature of his sexual character surfaced only when he was out of office. And that being the case, he would have been entirely controlled by whatever person or agency had the dirt on him while he was Prime Minister.
My point is this: the history of the development of the EU project bears witness to a clear and pre-existing agenda – one which has remained hidden from the view of both the public and non-senior Members of Parliament.
And as regards the UK, susceptibility to blackmail by outside forces in the case of the primary actor in the legislative process which resulted in membership must be considered a genuine possibility.

Pre-existing agenda
In the light of the above, the underlying policy behind the EU project increasingly looks like a pre-agreed business plan whose KPIs relate solely to implementing that plan while masking the fact of its existence and ensuring compliance – at any price.
In such a case, the rules of realpolitik require that the implementation of policy be seen as responses to external circumstances or to the will of the population.
Thus, mass non-European immigration and the transformation of discrete, largely homogenous white countries into a culturally lost, self-loathing wasteland look less like a blunder of some kind and more like an expression of original intent.
Immigration
George Soros, a Hungarian Jew who got his first business breaks collaborating with the Nazis – the source for which information is his own father’s book Masquerade—Dancing Around Death in Nazi-Occupied Hungary – has a plan ready for the next stage for Europe. This plan begins with accepting 1 million refugees.
Sputnik News regards the current influx as “a social engineering project” and event engineered – at least in part – by Soros himself.
But there is no reason why the EU – or the US for that matter – should be inherently spastic when it comes to the business of protecting their own boarders; not unless the fix is in from above.
Israel, for example, does not see armies of migrants converging on its territory. That is because Israel is not in the business of tolerating the type of suicidal policies Soros so ardently wishes upon Europe. Israel intends to survive. And it does so by enforcing its borders and its racial policy and repelling those who do not fit with that remit.
Illusion of choice
So which is it? Can modern states protect their borders or not? I don’t mind, so long as we are consistent.
Is it so unreasonable for the US and the EU to aspire to the type of border controls Israel enjoys?
For the record, while I can get behind a true constitutional republic such as America once had, I have no time for democracy which I regard as a mechanism designed to simulate choice while facilitating compliance.
So I am not here to wax lyrical about democracy on my own account.
What interests me more is the cognitive dissonance those who do believe they have a choice must experience when they see that on any subject which matters the man they are told represents them – in this case Cameron – is flicked away by EU grandees like so much fluff when he wishes to be seen to try to take an actual decision when the very history of the EU itself implies the pursuit of a covert, non-democratic agenda.
Perhaps an answer is to be found in the words of Aldous Huxley in Brave New World: “A really efficient totalitarian state would be one in which the all-powerful executive of political bosses and their army of managers control a population of slaves who do not have to be coerced, because they love their servitude.”
Warning from the future
Writer, lecturer and political dissident from the former USSR, Vladimir Bukovsky, delivers a blistering comparison of the European Union with the Soviet Union.


His catalogue of comparisons includes the fact that: “The Soviet Union was governed by 15 unelected people, who appointed each other and who were not accountable to anyone. The European Union is governed by two dozen people, who appoint each other and are not accountable to anyone.”
His disturbing and lucid monologue concludes with the words: “I have lived in your future, and it didn’t work.”
https://www.rt.com/op-edge/326577-eu-ussr-brussels-london/
The  disconnect in public awareness is rooted on the fact that the mainstream media  won’t go higher beyond the political facade. But that is only normal since the powerful bloodlines  behind that facade own the largest media networks on the planet.
It is therefore our task to help spread the neglected portion of the Truth to as wide and as far as possible.

One thought on “If the United States is Nazified, Eurozone is the New Soviet Union”