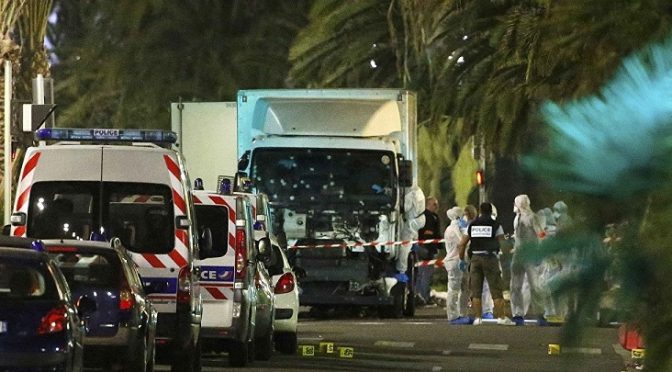 ISIS attacks France again, and the timing was perfect considering the recent fallout coming from the recent expose of Hollande’s very expensive hairdresser in the midst of labor union strikes.

CoiffeurGate, as it is now called, is about Hollande’s €10,000 coiffeur monthly bill amidst massive unemployment in the country.

Wispy, thinning and suspiciously free of grey, François Hollande’s boring hairstyle has never been held to much scrutiny, unlike his wonky ties, which have their own website.

But now the balding pate of the French president is at the centre of an embarrassing scandal dubbed coiffeurgate after the weekly paper Le Canard Enchaîné revealed that his personal hairdresser is on contract for almost €10,000 a month, paid from the public purse.

The publication of the contract with the hairdresser, named as Olivier B, has sparked a row over extravagant spending by a Socialist president who once liked to see himself as “Mr Normal”.

“I can understand the questions, I can understand that there are judgments,” said the government spokesman and Hollande ally Stephane Le Foll as he confirmed the hairdresser’s salary of €9,895 (£8,265) a month.

“Everyone has their hair done, don’t they?” said Le Foll, known for his own bouffant style. “This hairdresser had to abandon his salon and he’s on tap 24 hours a day.”

The Canard Enchaîné reported that in addition to his salary, Hollande’s hairdresser was entitled to a housing allowance and other family benefits. He never had a stand-in to replace him and demands on him were so tough that he had “missed the births of his children”.

Of course, the elite people in France value their integrity as much as than their haircut, and so, Hollande needs to do something. 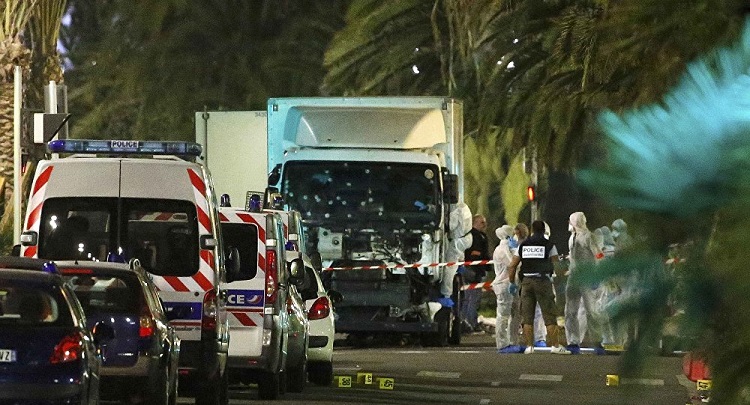 The driver of the truck that killed at least 80 people in Nice on Thursday evening was a 31-year-old resident born in Tunisia, according to French newspaper Nice Matin.

The attack occurred when the driver plowed through a crowd celebrating Bastille Day during a firework display along the city’s waterfront. He drove for more than a mile before being shot dead by police, according to French Interior Ministry spokesperson Pierre-Henry Brandet.

Conversely, if ISIS attacks are indeed real, and not just another false flag operations conducted by its own intelligence personnel, then why is NATO still shadowing Russia instead of helping eradicate the root of Islamic State in the Middle East?

WASHINGTON (Sputnik) — The US government has been involved in an intensive policy debate over whether to cooperate with Russia against terrorists in Syria, Department of State spokesperson Elizabeth Trudeau confirmed on Thursday.

“According to statements made at last weekend’s summit in Warsaw, NATO regards Russia as a bigger threat than ISIS. Of course, that’s ludicrous but when you scratch beneath the surface, the use of these falsehoods makes perverted sense.
… the ‘Warsaw Summit Communiqué’ which contained 139 points, many of them rather lengthy. In total, the agreed summary runs to an incredible length of around 16,000 words, or more than half the length of Ronald Dahl’s ‘Charlie and the Chocolate Factory,’ which I can assure you was a far more enjoyable read. In this document, ISIL is specified on twelve occasions but, by contrast, there are 58 instances of Russia being directly called out.
… why has NATO chosen Russia as its enemy instead of ISIS/ISIL?”
The main reason is because there is very little profit in combating the, self-styled, Islamic State (IS, formerly ISIS/ISIL). And NATO is primarily a money racket which provides a lot of influential people with a very comfortable lifestyle, flying around the globe on private jets and generating well-paid jobs, both directly and via the think-tank circuit.
Let’s be clear here. You don’t require submarines or nuclear weapons to engage ISIL, but you would in a putative conflict with Russia. The fact that such a collision would probably, due to the atomic arsenals involved, mean the end of human civilization, is irrelevant to NATO because it doesn’t actually want a war with Russia. Instead it desires to use Moscow as a convenient bogeyman in order to maintain US defense spending, which grew 9 percent annually from 2000-2009 during the “war on terror.”
That massive increase in expenditure was justified by the need to remove, initially, Osama Bin Laden and, later, Saddam Hussein from the international stage. After both were eliminated, in reverse order, you’d have expected the splurge to be cancelled and for the largesse to be reduced to pre-9/11 levels.
Money, Money, Money
The problem was that too much depends on it. Defense now constitutes 54 percent of all federal discretionary spending in the US or around 17 percent of all Washington outgoings. This butters a lot of people’s bread and keeps a wide variety of industries alive. At the same time, Russia will splash out roughly 19 percent of its <href=”#178c64304cee”>state budget this year on defense. This is equally as wasteful and ridiculous as the American endowment. However, a major difference is that Russia is not trying to prescribe to the rest of Europe about whom or what it should regard as a threat.
The simple fact is that six of the top eight defense contractors in the world are American. Together, they directly employ close to 750,000 people and that’s in addition to millions of other service and supply roles that depend on their patronage. Any reduction in munitions outlay would jeopardize a lot of those jobs, creating unemployment black spots in many US towns and cities. And those would be primarily in ‘blue collar’ areas which have already been hollowed out by decades of outsourcing, many of which happen to be situated in electoral swing states. Any politician who’d advocate this would be self-immolating their career.
So let us be brutally frank here, bearing in mind that NATO is primarily a European organization. Right now, the biggest danger to European security originates in the Middle East. In the past year, over one million migrants have arrived in Germany alone. This has helped to create political and social instability across the continent. Very few of these, if any, were created by anything Russia did. However, a great many of those newcomers came from countries which the US has helped to destroy, like Iraq and Libya. It’s also worth noting that ISIS has claimed direct responsibility for recent attacks in both Paris and Brussels. In other words, ISIS is killing people inside NATO territory, something Russia is not doing.
Despite this, NATO continues to be fixated on Russia. That’s because in order to maintain its gigantic military budget (which incidentally is larger than the entire nominal GDP of Poland), Washington needs a “big ticket” opponent and Russia currently fits the bill.
Fighting ISIS doesn’t require expensive hardware. Instead, it needs boots on the ground, which are politically costly but financially cheap. By contrast, squaring off against Moscow is like a comfort blanket. Familiar to the masses, very unlikely to lead to an actual war, but extremely lucrative.”
Follow Bryan MacDonald on Twitter: @27khv
https://www.rt.com/op-edge/351020-why-nato-russia-isis/
Inconsistency and hypocrisy are twin characteristics of any position founded on lies.
The United States and NATO’s constant instigation for shadow war with Russia and China is done at least to justify its rising military budget, and at most, to deter the BRICS more progressive plans for the world.
While the fabrication of the Islamic State is to terrorize its own population for purposes of distracting them away from the looming scandals affecting their entire governments.
· The Situation is So Intense, it Involves the Entire US Government | FBI Insider
In light of these facts and understanding, the BRICS cannot assume, at any given time, a passivist stance considering that the Western Alliance can always abuse anything of the sort. In fact, Vladimir Putin considers these provocations as a very dangerous game they’re playing.

The BRICS countries must continue to advance militarily, too, which is just a waste of funds that could have been directed for much better purpose, i.e. more funding for the three new BRICS development banks.
According to the Telegraph UK, the top military spenders in 2015 were the following: 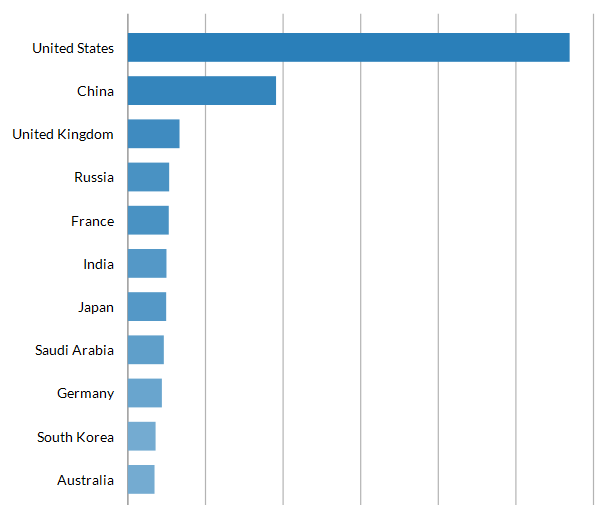 If only all citizens of these countries have the guts to stop their government from producing useless weapons of war and start building the foundation of a better, peaceful and plentiful future for all of humanity…
Or, better still… we can get rid of all politicians and gather all technicians instead and establish a One World, No Government, for all! 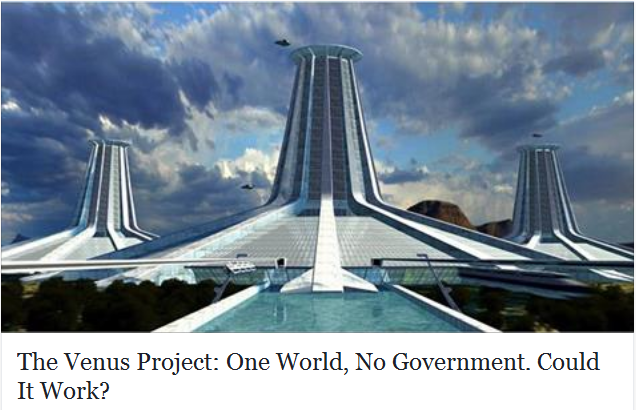 Afterall, even the recent Russian scientific disclosure suggests the idea is very feasible.
· Russian Scientists Announce Historic Discovery Rendering the Entire System Obsolete
Whatever the collective strategy might be in achieving the future that we want, we continue to contribute our own small way by challenging the Khazarian infrastructure.