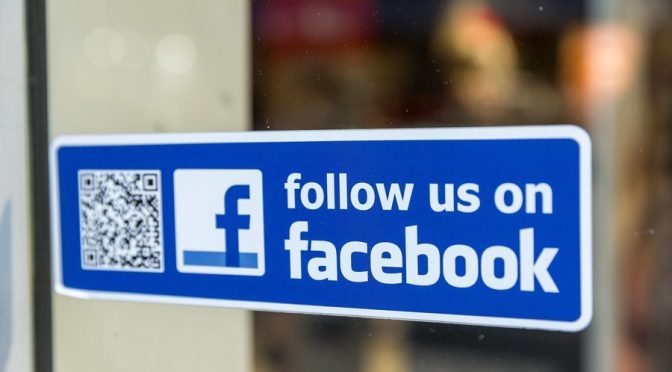 In the last 2 months, hundreds of “anti-establishment” accounts were purged from Facebook and Twitter, including the somewhat over-the-top Infowars, Free Thought Project, Anti-Media, to name a few.

Some 800 anti-establishment accounts and pages have been yanked from Facebook in a sweeping crackdown the social media giant framed as a fight against spammers. RT talked to those who were targeted in the cleansing.
Among the hundreds of pages and accounts Facebook and Twitter took down were those both on the political left and right, ranging from conspiracy theorists and police brutality watchers, to news outlets with non-mainstream angles, While their content could be at times described as controversial, the bulk of the banished pages boasted large followings and outreach.

RT spoke to some of the voices silenced by the Facebook move. Here is what they had to say.
Jason Bassler, The Free Thought Project, 3.1mn followers
The Free Thought Project bills itself as a “hub for free thinking conversations.” Both its Facebook and Twitter accounts were shut down in the pre-midterms purge. Jason Bassler, who co-founded the project in 2013, told RT that what Facebook did is an act of political censorship and has nothing to do with its stated goal to clean up its platform from spam.
“If that was just spam, if that was just irrelevant garbage they wouldn’t be so threatening, they would not ban us, they would not care, we would not have been on their radar.”
By spinning the story as a fight against unworthy news trash, Facebook itself is misleading users with its own version of fake news, he said: “This is nothing more than political censorship and trying to eradicate certain political ideologies.”
Nicholas Bernabe, founder of The Anti-Media, 2.1mn followers
Nicholas Bernabe, blogger and entrepreneur behind the independent news aggregator The Anti-Media, believes that “the most troubling” thing in Facebook’s treatment of media pages is that tech giants are now trying to police cultural dialogue by posing as politically neutral.
“That could actually be perceived as Facebook itself meddling in elections, because we are only a few weeks away from the midterms and they go and target 800 politically-oriented media pages for deletion.”
He added that the majority of the banned pages held “very anti-establishment, very anti-authoritarian views,” that appealed to those whose take on election is very different from what mainstream media has to offer.

Matt Savoy, The Free Thought Project, 3.1mn followers
It is hard to overestimate the implications for those that were swept up in the purge, Matt Savoy of The Free Thought Project said. Many of the affected websites will be out of business and “thousands of people will be out of work.”
“This is like a death blow. Facebook was a source of how we were able to get our links out and drive traffic to the website, and we no longer have it. The few remaining employees that we have, they are going to be gone.”
Journalists did not have any time to prepare for the looming crackdown, Savoy said, and at first the staff thought it was a mere glitch.
Matt Bergman, Punk Rock Libertarians, 190,000 followers
Matt Bergman, who founded the Punk Rock Libertarians in 2010, told RT that his ‘The Daily Liberator’ podcast was taken down from Facebook without any explanation. Bergman’s own account was also briefly suspended, as well as those of other page admins.
The purge is the result of the pressure Congress put on Mark Zuckerberg, and its first targets were independent outlets “right of the dial,” since it’s easier to get away with banning relatively small outlets than major channels like RT, he argued.
“Their terms of service agreement is probably a million words long. Nobody has ever read it all the way through and I would think that if they wanted to they can ban CNN, they can ban you guys, if they wanted to, they can ban anybody.”
Bergman said he is filing an appeal in a bid to restore the account.
Dan Dicks, Investigative Journalist, 350,000 followers
Vancouver-based investigative journalist Dan Dicks, who writes for The Press for Truth, said the Facebook crackdown was “clearly political” as it saw tech companies assuming the role of “the gatekeepers of political thought.”
“What we are dealing with here today is the silencing of anybody who goes against the status quo right now, does not matter right or left side of the political spectrum.”
Conspiracy theorist Alex Jones, expunged from Facebook and Twitter, might have been “the first domino to fall,” but now the crackdown has widened to affect smaller outlets that vie for minds of the people on par with mainstream media, he said.
The crackdown on anti-establishment voices will come back to bite Facebook, UK Labour Party activist and political theorist Dr. Richard Barbrook argued.
Facebook and other tech companies who feel compelled to impose more “traditional media censorship” are likely to see a mass exodus from their platforms, he believes.
“The problem is if they are doing it too much, people would be gone somewhere else, where they don’t have network effects working against them,” Barbrook told RT.

We are not a conspiracy theory site, nor radical enough, or simply not that popular to qualify for the purge, so we are still in Facebook and Twitter. 😉