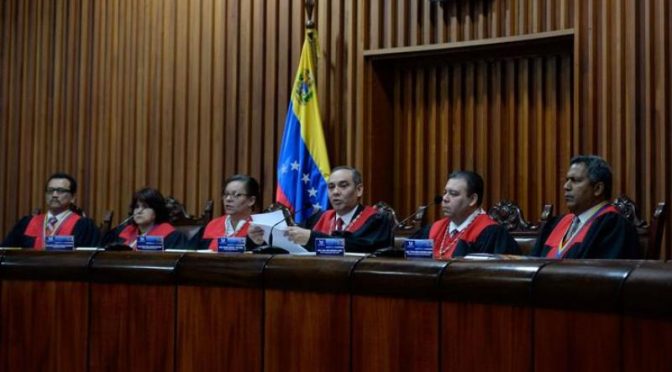 
The weaponization of the banking system by the Western robber barons is what triggered in part the establishment of various development banks to finance the One Belt One Road global economic initiative of China under its president Xi Jinping, to help neighboring countries achieve their own economic development with relative independence from the financial oligarchs whose exercise of absolute power is without any sense of wisdom and accountability.
Russia, for its part, is also unloading its US dollar denominated assets in response to a decade of economic sanctions against its citizens and companies.
Misguided socialism is its own enemy. The Maduro government needs to invest more on critical infrastructure that would lead to self-reliance rather than promote a culture of dependency.
It is time for Venezuelans to learn the lesson that if they could not industrialize their economy in time, and just rely solely on their oil exports, they will be perpetually dependent on the good will of other countries that are still doing business with them.
Such is the fate of societies lead by personalities who have no real scientific and technical background. Typical lawyer politicians just strive to please the governed by giving dole outs, e.g. free housing and free healthcare, to maintain the position of authority and fattened themselves up along the way, instead of creating the right environment conducive for long term economic development and mutual progress, beyond their days in the office.
We will only achieve great economic progress if we put technicians in positions of decision making as to what should the government’s priority be, and the most practical approach of achieving such goals, at any given time.
We are living in a society where even scientific knowledge are governed by immutable laws and constants that have nothing to do with reality, but limits the potential of the inquiring mind.
Economic programs should not be etched in laws that are inflexible, but must respond in real time as the need changes, or satisfied, so that any limited resource is maximized to its full potential.
We have a government that claims to represent our shared interests, yet more often than not, it is the aspiration of the privileged few that wins the day.
The people’s abolition of paid legislators in favor of an Open Source Legislature alone could save any country from corruption and the high expense of running that branch of the government. Moreover, any direct participation of the people in the crafting of their own future will create more responsible and progressive thinking citizenry that is able to govern themselves.
On the other hand, the capitalist monetary-based economic system has just reached its new shameful milestone when Oxfam reported that only 26 billionaires own more than half of the world’s population.


The world is yet to see a truly democratic system of government. However, the technology and infrastructure to make it happen already exist today, e.g. social media platforms and blockchain technology.
It’s time to realign our priorities and maximize the full potential of the technologies that are already in place, and realize that the very idea of government itself has been effectively rendered obsolete. It is grossly irresponsive, unreliable, inefficient, and always subject to the whims and emotion of a few individuals.
Spontaneous order, that’s how the natural system maintains its equilibrium of peace and harmony, all throughout its existence.