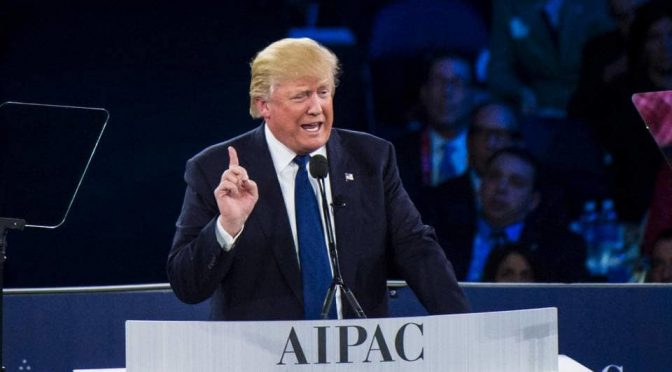 Every empire is a dictatorship. No nation can be a democracy that’s either heading an empire, or a vassal-state of one. Obviously, in order to be a vassal-state within an empire, that nation is dictated-to by the nation of which it is a colony.

However, even the domestic inhabitants of the colonizing nation cannot be free and living in a democracy, because their services are needed abroad in order to impose the occupying force upon the colony or vassal-nation. This is an important burden upon the ‘citizens’ or actually the subjects of the imperial nation.

Furthermore, they need to finance, via their taxes, this occupying force abroad, to a sufficient extent so as to subdue any resistance by the residents in any colony. Every empire is imposed, none is really voluntary. Conquest creates an empire, and the constant application of force maintains it.

Every empire is a dictatorship, not only upon its foreign populations (which goes without saying, because otherwise there can’t be any empire), but upon its domestic ones too, upon its own subjects.

By contrast, ’enemy’ nations are ones that the imperial power has placed onto its priority-list of nations that are yet to become conquered.

International trade is the basis for any empire, and the billionaires who own controlling blocs of stock in a nation’s international corporations are the actual rulers of it, the beneficiaries of empire, the recipients of the wealth that is being extracted from the colonies and from the domestic subjects.

The idea of an empire is that the imperial nation’s rulers, its aristocracy, extract from the colonies their products, and they impose upon their domestic subjects the financial and military burdens of imposing their international dictatorship upon the foreign subjects.

Some authors say that there is a “Deep State” and that it consists of (some undefined elements within) the intelligence services, and of the military, and of the diplomatic corps, of any given dictatorship; but, actually, those employees of the State are merely employees, not the actual governing authority, over that dictatorship.

The actual Deep State are always the aristocrats, themselves, the people who run the revolving door between ‘the private sector’ (the aristocracy’s corporations) and the government. In former times, many of the aristocrats were themselves governing officials (the titled ‘nobility’), but this is no longer common.

Nowadays, the aristocracy are the individuals who own controlling blocs of stock in international corporations (especially weapons-making firms such as Lockheed Martin and BAE, because the only markets for those corporations are the corporation’s own government and its vassal states or ‘allies’); and such individuals are usually the nation’s billionaires, and, perhaps, a few of the mere centi-millionaires.

A small number, typically less than 100, of these extremely wealthy individuals, are the biggest donors to politicians, and to think tanks, and to other non-profits (these latter being also tax-write-offs to their donors, and so are tax-drains to the general public) that are involved in the formation of the national government’s policies, and,

of course, they also are owners of and/or advertisers in the propaganda-media, which sell the aristocracy’s core or most-essential viewpoints to the nation’s subjects in order to persuade those voters to vote only for the aristocracy’s selected candidates and not for any who oppose the aristocracy. These few, mainly billionaires, are the actual Deep State — the bosses over the dictatorship, the ultimate beneficiaries in any empire.

In order to maintain this system, of international dictatorship or empire, the most essential tool is deceit, of the electorate, by the aristocracy.

The method of control is: the bought agents of the Deep State lie to the public about what their polices will be if they win, in order to be able to win power; and, then, once they have won power, they do the opposite, which is what they have always been paid by the Deep State (the aristocracy) to help them to do. Thereby, elections aren’t “democratic” but ‘democratic’: they are mere formalities of democracy, without the substance of democracy.

All of the well-financed candidates for the top offices are actually the Deep State’s representatives, and virtually none are the representatives of the public, because the voters have been deceived, and were given choices between two or more candidates, none of whom will represent the public if and when elected.

Here is a typical example of this system — the imperial system, international dictatorship, in action:

Assad is allied with Russia against the Sauds (who are the chief ally of the U.S. aristocracy), so the U.S. (in accord with a policy that George Herbert Walker Bush had initiated on 24 February 1990 and which has been carried out by all subsequent U.S. Presidents) was determined to overthrow Assad, but Trump said that he was strongly opposed to that policy. He lied in order to win. That’s the norm.

Eric Zuesse is an American writer and investigative historian.

Remember, not too long ago, when he pretended he liked WikiLeaks when it suited him?

WATCH: Pres. Trump mentioned Wikileaks 141 times in the month before the election. pic.twitter.com/4Z7fcwrLSm

Well, now he wants to extradite Julian Assange through the Espionage Act 1917, which is rarely invoked by any sitting US president. Was he lying then to get your votes?

Of course not, says the fanatical crowd, which have swallowed hook, line, and sinker, Trump’s self-delusional “US defeat of ISIS in Syria.”

Is this the normal side-effects of being flooded with Hollywood superhero movies all the time?

The reality is, we’ve been conned, all of us, by the Deep State, and the sooner we accepted that, the sooner we get to doing something concrete to remove the culprit that put Trump and all his predecessors there.

One thought on “The Force that is Ending Freedom is Lies”