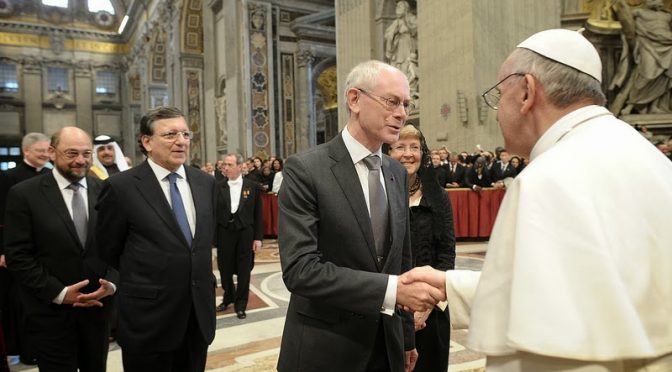 Alan Gaylor 14h said:
Just prior to reading this, viewed the Gamble clip you include here. It seemed to sum up very well and lend credence to a lot of threads, including those from Hudes and Fulford. The Gamble clip on YouTube was dated Nov 2, and then we have “The Global Elite Are Not A Monolith by benjamin November 24, 2014″. How is that clip a response to the article dated three weeks later?

What’s your problem with Gamble? Seems prudent to avoid Subscribing to most Any site’s list, but is there a problem with the information relayed? How is it different?
The form it takes seems very palatable for some who are new to these ideas, which is a plus, isn’t it?
You have raised a very valid question, Alan.
For all articles that seem precautious to all that is going on recently and for those events that are yet to come, we suggest everyone to read Eric Jon Phelps “Vatican Assassins.” You can download his book through a peer to peer torrent file from here. This is a required reading for all those who want a deeper understanding of how the Jesuits work, how they control your government from the top, and how they steer global events to suit their agenda.
We have followed Ben Fulford as early as 2007 when he announced the existence of Asian secret societies ready to stand against the mayhem perpetrated by Western oligarchy. Later articles of his suggested that the only way to avoid an all-out war is for the East and West to work together towards peace and prosperity; hence the video later on with Western oligarchy representative Leo Zagami.
Time and time again, the West renege its commitment to this basic agreement as they have been since the day they were lent Asian gold for world prosperity, hundreds of years ago.
This is not the first time that we, here in Asia, have witnessed the inability of the West to honor its own words and exactly did the opposite, e.g. Iraq, Afghanistan, Libya, Syria, and now, Ukraine.
Gamble, for his part, is playing the good cop role for the West. He is acting as the new spokesman in lieu of Zagami. And he’s just saying all that we wanted to hear. Whether he and the Cabal that he represents are truthful this time is something we have yet to see.
Like we said we have not witnessed the West to be any different than they did before. Not yet.
What we are hoping though is for the people to stand and do it by themselves and stop relying on their governments to fulfill its commitment to the East.
To put it simply, we have had enough with words. We want to see actions.
Better still, we want to see the Jesuits being hanged for what they’ve done. Otherwise, all of these are mere showbiz on a grander scale.