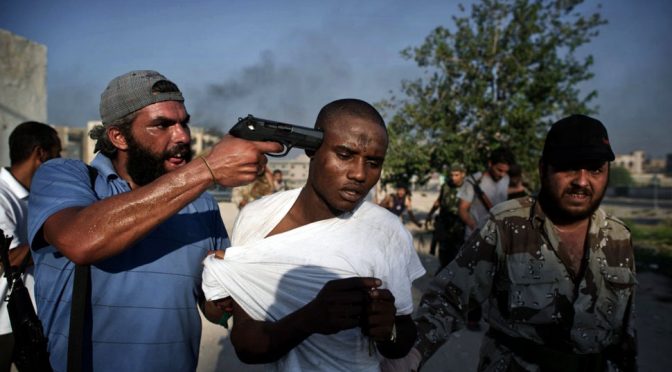 In 2011, as the entire world watched the Arab Spring in amazement, the US and its allies, predominantly  working under the banner of the North Atlantic Treaty Organization (NATO) and the Gulf Cooperation Council (GCC), militarily overran the Libyan Arab Jamahiriya.

One thought on “NATO’s Handiwork: Libya Then and Now”