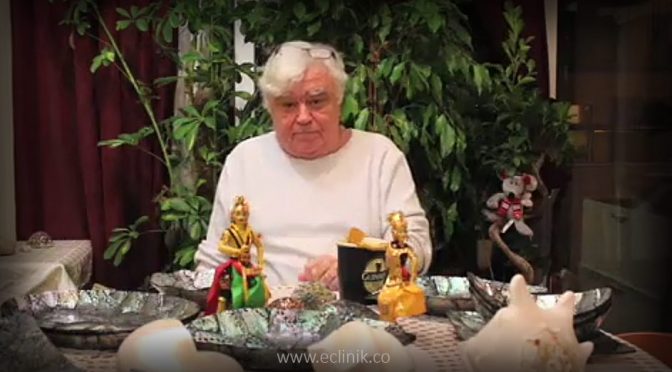 February 5, 2015
Keenan Team | GroupK
Inmates No Longer Running The Asylum
Before getting into this preface, we would like to present a perspective that many may not have previously considered about Neil and his drive toward changing this upside down world we live in.

Say you are doing your best, giving it your all, to do something good. Now this good thing could never be achieved by just anyone. It requires great emotional intent, for one thing, and a vast experience with countless ego-personalities from all walks of life — literally the good, the bad and the ugly.
Somehow, a high-powered lawyer, a corporate businessman, a deal-making banker or a “spiritual” guru could simply not be the one to lead the way in achieving this good thing. They may be essential to the successful outcome, but they’re not the ones who can actually lead the way.
So, with the instinct of a fighter, a lifetime of vast experience around the world, a wide scope of inside knowledge about the “Game,” and a crystal-clear vision of what must be changed, you find yourself uniquely qualified and capable of heading up the action to achieve this good thing.
As you progress toward the goals, from every conceivable angle come attacks by psychopaths and criminals, the demented and deranged, murderers, thieves and liars. But the question is; knowing that these creatures all contribute to the very aspects of reality that must be changed, do you make a stand against some but remain silent about the others?
No, this is not the nature of this personality. Being who you are, for this personality, means standing up against all that is not right in the world – the big evils along with the little snipes of annoying parasites.
Being who you are, a strong, outspoken personality driven by action, you no longer tolerate these psychopaths that perpetually get away with murder, nor do you tolerate the lying hypocrites who relentlessly attempt to slander, misalign and cause pointless havoc.
But even if you’re not this kind of personality, ask yourself if you should tolerate this constant barrage of insanity and quietly accept any of it. Is it wise to “feed the beast” in any way by remaining passive and silent?
We say no. Our passivity and silence has been our undoing. It has largely contributed to what we now face – wresting control away from those who choose to keep us unenlightened, unevolved and living from one fear to the next.
Mountains and Mole Hills
And nothing clearly puts these parasites into a more proper perspective than the recent murder of a friend and colleague of Neil’s. He was murdered right in front of his own home. Our hearts are heavy for the loss of this honest and honorable man. May he be forever remembered for the good that he did and his friendship of Neil and his family.
Then we have this deeply disturbed, deranged woman, Jean Haines, who’s capable of doing anything and everything rather than admit to the public that she has deceived them for a long while now.
Neil: “Jean, look at what you have become! Who do you surround yourself with? Why do you give in to your insanity?”
To the “Ambassador”: We noted how you coolly handled your response in admitting that you work with European Black Nobility. Sure you hemmed and hawed, put up the inevitable denials, but we thank you for being so very transparent, as are your inept promoters. You’re exposed for what you are and we’ll waste no more of our time on any of you.
As for Paul Collin, he’s nothing but the latest shameless attention-grabber of the month. It was very revealing that Collin admitted he “did many dirty deeds,” and obviously this is just one more.
Living on the street for seven years now, soliciting donations from any site that will post your plea, no friends who will continue to help – it is indeed most unfortunate to see why you would do desperate things like writing shill spin and jumping on the Haines Bus to nowhere. Maybe it will take being thrown under the bus for you to wake up.
One’s Nature
There’s an immortalized story that comes in many versions, however, the underlying moral to the story remains the same. Here’s one version from an Old Indian:
Once upon a time, a man was picking up firewood. He came upon a poisonous snake frozen in the snow. He took the snake home and nursed it back to health. One day the snake bit him on the cheek. As he lay dying, he asked the snake, “Why have you done this to me?” And the snake answered, “Look, idiot, you knew I was a snake!”
While it may be difficult to go against one’s nature, the inescapable fact remains that we are creatures of intelligence and capable of recognizing right from wrong. Even when logic is short-circuited, we possess the innate ability to differentiate between what is natural and what is not natural.
Good feels good, and bad feels bad. To all those who override what is good and natural, be assured that a rude awakening is coming your way soon. But also know that the choice is always there for a life that has real meaning.
In sharing his ongoing endeavors and thoughts, Neil demonstrates in real-time that he is fighting for all of us. Since we’re all in this together, we feel that being aware of the complexities, the tragedies, and the absurdities cannot help but make the victories all the more sweet for every one of us.
And Neil Keenan forges onward, fighting the living monsters that walk amongst us, always unerringly fixed on the change that’s a’ coming. The forward momentum cannot be stopped now — Neil is on the move once again.
Neil Keenan & The Keenan Team
Video Part 1
[vimeo http://www.vimeo.com/118755804 w=650&h=433]
Video Part 2
[vimeo http://www.vimeo.com/118755805 w=650&h=433]
[youtube https://www.youtube.com/watch?v=UQwCQG2sKdg]
Copyright © 2015, GROUP K, Ltd.