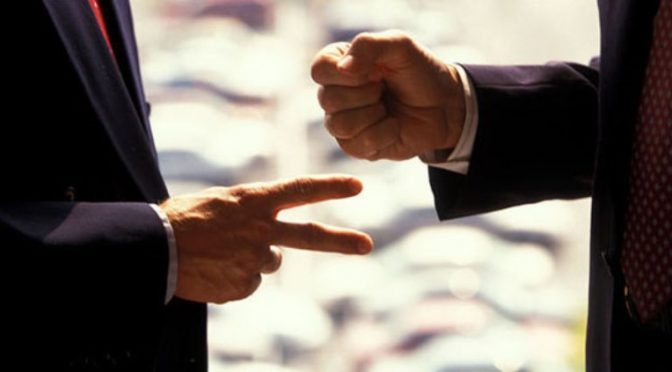 This is an interesting piece written by the unorthodox Greece Finance Minister Yanis Varoufakis for New York Times. Today is the resumption for Eurogroup Greek Debt renegotiations.

No Time for Games in Europe 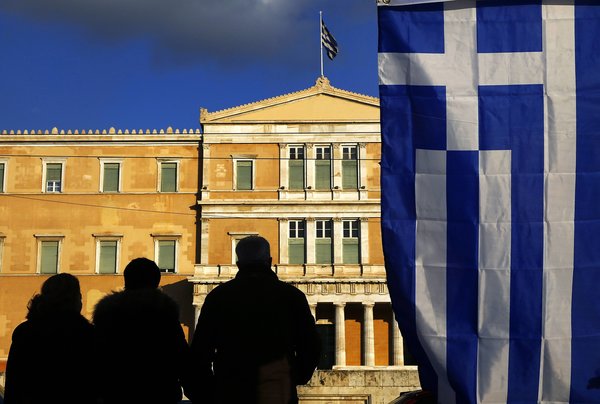 ATHENS — I am writing this piece on the margins of a crucial negotiation with my country’s creditors — a negotiation the result of which may mark a generation, and even prove a turning point for Europe’s unfolding experiment with monetary union.
Game theorists analyze negotiations as if they were split-a-pie games involving selfish players. Because I spent many years during my previous life as an academic researching game theory, some commentators rushed to presume that as Greece’s new finance minister I was busily devising bluffs, stratagems and outside options, struggling to improve upon a weak hand.
Nothing could be further from the truth.
If anything, my game-theory background convinced me that it would be pure folly to think of the current deliberations between Greece and our partners as a bargaining game to be won or lost via bluffs and tactical subterfuge.
The trouble with game theory, as I used to tell my students, is that it takes for granted the players’ motives. In poker or blackjack this assumption is unproblematic. But in the current deliberations between our European partners and Greece’s new government, the whole point is to forge new motives. To fashion a fresh mind-set that transcends national divides, dissolves the creditor-debtor distinction in favor of a pan-European perspective, and places the common European good above petty politics, dogma that proves toxic if universalized, and an us-versus-them mind-set.
As finance minister of a small, fiscally stressed nation lacking its own central bank and seen by many of our partners as a problem debtor, I am convinced that we have one option only: to shun any temptation to treat this pivotal moment as an experiment in strategizing and, instead, to present honestly the facts concerning Greece’s social economy, table our proposals for regrowing Greece, explain why these are in Europe’s interest, and reveal the red lines beyond which logic and duty prevent us from going.
The great difference between this government and previous Greek governments is twofold: We are determined to clash with mighty vested interests in order to reboot Greece and gain our partners’ trust. We are also determined not to be treated as a debt colony that should suffer what it must. The principle of the greatest austerity for the most depressed economy would be quaint if it did not cause so much unnecessary suffering.
I am often asked: What if the only way you can secure funding is to cross your red lines and accept measures that you consider to be part of the problem, rather than of its solution? Faithful to the principle that I have no right to bluff, my answer is: The lines that we have presented as red will not be crossed. Otherwise, they would not be truly red, but merely a bluff.
But what if this brings your people much pain? I am asked. Surely you must be bluffing.
The problem with this line of argument is that it presumes, along with game theory, that we live in a tyranny of consequences. That there are no circumstances when we must do what is right not as a strategy but simply because it is … right.
Against such cynicism the new Greek government will innovate. We shall desist, whatever the consequences, from deals that are wrong for Greece and wrong for Europe. The “extend and pretend” game that began after Greece’s public debt became unserviceable in 2010 will end. No more loans — not until we have a credible plan for growing the economy in order to repay those loans, help the middle class get back on its feet and address the hideous humanitarian crisis. No more “reform” programs that target poor pensioners and family-owned pharmacies while leaving large-scale corruption untouched.
Our government is not asking our partners for a way out of repaying our debts. We are asking for a few months of financial stability that will allow us to embark upon the task of reforms that the broad Greek population can own and support, so we can bring back growth and end our inability to pay our dues.
One may think that this retreat from game theory is motivated by some radical-left agenda. Not so. The major influence here is Immanuel Kant, the German philosopher who taught us that the rational and the free escape the empire of expediency by doing what is right.
How do we know that our modest policy agenda, which constitutes our red line, is right in Kant’s terms? We know by looking into the eyes of the hungry in the streets of our cities or contemplating our stressed middle class, or considering the interests of hard-working people in every European village and city within our monetary union. After all, Europe will only regain its soul when it regains the people’s trust by putting their interests center-stage.
Yanis Varoufakis is the finance minister of Greece.
source »
We can help bring down the Cabal and defeat the Depopulation Agenda
Big Pharma is one of the sources of funds for the Cabal. It also serves as the weapon of mass destruction via vaccine tainted with live virus it is suppose to protect us from, and the deadly chemicals use to treat our diseases that they caused through our GMO / pesticide contaminated food supply.
We can avoid using drugs, defeat any viral attack and scaremongering easily by knowing how to build our own comprehensive antiviral system. Find more about it here.

One thought on “No Time for Games in Europe”