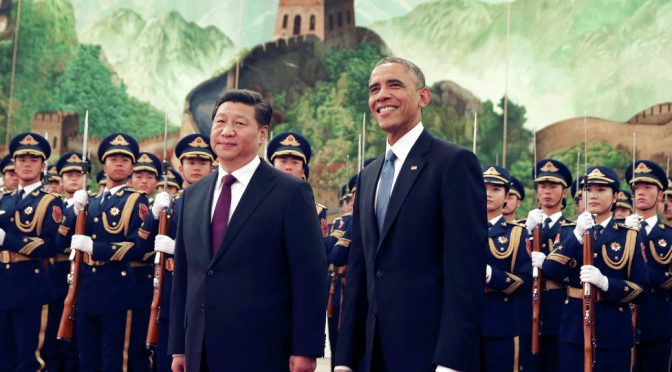 China is taking measures of recovering billions stolen by Cabalist Chinese who fled into the United States just before reformist Xi Jinping assumed power.
As part of the ongoing anti-corruption drive, all government officials are now required to tour China prisons as a form of deterrence.
All these unprecedented actions on top of the sacking of 39 lawmakers in just a span of two years.

US, China to Discuss Extradition of Corrupt Officials Who Stole Billions

United States and Chinese officials will meet in August to discuss the possibility of repatriating Chinese officials who fled to America with billions of dollars of allegedly stolen government assets, a State Department official said.
The absence of an extradition treaty between the US and China makes America an attractive destination for Chinese officials fleeing the country, and a haven for the assets they allegedly stole.
Western governments have been reluctant to extradite suspects because of China’s murky judicial system. International human rights groups say the Chinese use torture to extract confessions, and government officials convicted of corruption have been sentenced to death.

Chinese President Xi Jinping speaks during a press conference to close the Asia-Pacific Economic Cooperation Summit in November.
Officials from both countries met last month in the Philippines.
Law enforcement and legal experts will be there when meetings resume in August. The countries will share specific intelligence on the allegedly corrupt Chinese officials and stolen assets, and discuss possible ways to return the fugitives to China, Reuters reported.
Alternatives to extradition include deportation for violations of US immigration law.
Canada, which also has no formal extradition treaty with China, has extradited suspects wanted by Beijing. In 2011, Canada sent Lai Changxing, a businessman wanted for corruption, back to China on the promise that he would not be executed. He was sentenced to life in prison.
Last year, Chinese officials said more than 150 “economic fugitives,” many of them described as corrupt government officials, were in the US, Reuters reported.
Neither country has publicly estimated how much money has been smuggled from China into the US, but the Washington-based Global Financial Integrity group estimates that between 2003 and 2012, $1.25 trillion of illicit cash left China.

APEC Countries Intend to Accelerate Economic Reforms
Some of that moves around the world through dummy bank accounts before it arrives in the United States, where it is often invested in real estate, making it difficult to trace.
Last month’s talks between the two countries were held as part of an Asia-Pacific Economic Cooperation international working group, which was formed in Beijing in August 2014 to fight cross-border corruption, Reuters reported.
President Xi Jinping has intensified China’s anti-corruption efforts, which include increased cooperation between the US and China, including the sharing of criminal intelligence.
The US has applauded China’s recent anti-corruption campaign and is invested in helping in the fight, and more generally in fighting international corruption.
Read more: http://sputniknews.com/news/20150212/1018139482.html#ixzz3TWOAypxY 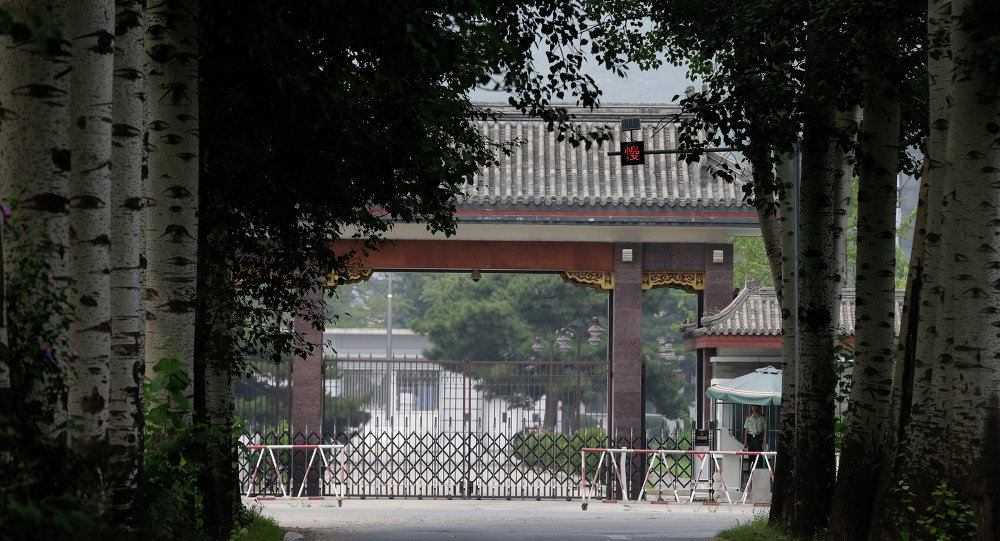 Senior Chinese officials from the National Development and Reform Commission (NDRC) are sent on prison tours after a series of corruption scandals.
© AP Photo/ Ng Han Guan, Pool
China Urges US Not to Interfere in Affairs Abroad on Pretext of Human Rights Abuses
BEIJING (Sputnik) — Senior Chinese officials from the National Development and Reform Commission (NDRC) of China are regularly sent on prison tours after a series of corruption scandals hit this government agency between 2013 and 2014, Xu Shaoshi, chairman of NDRC said on Thursday.
Between May 2013 and October 2014 19 officials from the China’s National Development and Reform Commission were arrested on corruption charges. Since then, several anti-corruption measures have been implemented, Shaoshi told reporters.
“Over the last year we organized several tours to prisons located in Beijing for more than 200 [NDRC’s] officials,” Xu Shaoshi said.
During those tours, aimed at chastening senior officials, prisoners who used to hold positions in government explained their downfall.
© AP Photo/ Andy Wong
US, China to Discuss Extradition of Corrupt Officials Who Stole Billions
Corruption is considered to be a serious crime in China. According to a recent survey, conducted by the Social Survey Center of China Youth Daily last November, 73 percent of Chinese citizens support the death penalty in cases of official corruption.
Approximately 340,000 Chinese officials have gone on prison tours organized by different government agencies since they began in 2008, the China Daily reported last December.
Last December Chinese ex-security chief Zhou Yongkang was arrested on corruption charges and expelled from the Chinese Communist Party. Many of his former associates and relatives also faced corruption probes.
Since coming to power in 2012, Chinese President Xi Jinping has launched a high-profile campaign to stop corruption among party and government officials.
Read more: http://sputniknews.com/asia/20150305/1019100050.html#ixzz3TWPHBFE8
We can help bring down the Cabal and defeat the Depopulation Agenda
Big Pharma is one of the sources of funds for the Cabal. It also serves as the weapon of mass destruction via vaccine tainted with live virus it is suppose to protect us from, and the deadly chemicals use to treat our diseases that they caused through our GMO / pesticide contaminated food supply.
We can avoid using drugs, defeat any viral attack and scaremongering easily by knowing how to build our own comprehensive antiviral system. Find more about it here.