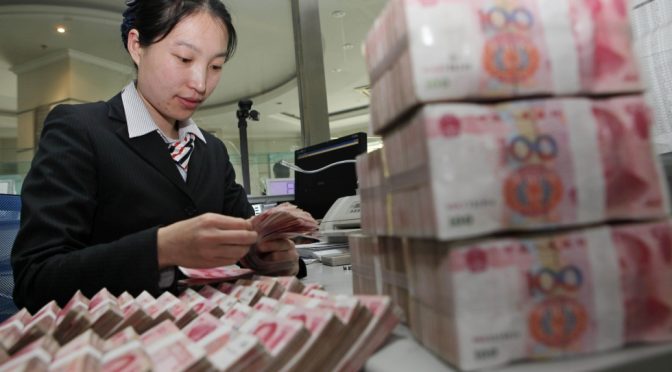 In addition to the information we have posted earlier about global currency reset, The Keenan Group has just released its latest update, and by sheer coincidence, just happen to have some additional details to that same question, too.

March 13, 2015 Keenan Team | GroupK
With one exciting chapter after another, this in-earnest battle continues well into its sixth year now.  It is a matter of who is in control.
To date the Cabal still controls.  But not for long!  The tables are turning.   Once Neil gets to Asia, the fights with the Western Central Banks will escalate, and there will be those who’ll inevitably merge into Group K; together we will stand against the Cabal.
The same relates to the Governments on the fringes of leaving the European Union.  They can take a good hard look, then possibly everyone can unite with the assistance of the Dragon Family and Group K.  The West is just a stone’s throw from the East in this matter.
Do not expect a Jubilee.  There will be no debt forgiveness despite what anyone thinks.  The West may wish forgiveness but there will not be any coming.  On the other hand, what really might be arriving is the Iraqi Dinar being placed along with the Vietnamese Dong, Indonesian Rupiah, and other currencies in the first basket of revaluation.
After so much talk of Dinars, it might finally happen.  Neil states:  “If so, I am happy for everyone that the Dinar is finally being thought of as it should have been many years ago.”
What brought us to this place?  The new Eastern financial concerns along with Russia’s abuse of the US-paper petro dollar (and its imminent demise), have all moved us into a new age.  And a much safer age once it gets rolling.
As it stands, we are looking at confrontation.   As long as the West continues to desperately grasp onto the defunct Bretton Woods Agreement, they will continue to be the problem.  This Agreement allows the West to continue to illegally use the East’s deposits in the Global Accounts, something the East will no longer tolerate.
The hard assets are located in the East and have nothing to do with the World Bank or the IMF or BIS or any Central Banks.  It is owned by the Depositors.
At one time the Depositors, who were thinking “Global,” deposited the funds for humanitarian purposes, only to find that no sooner than the ink dried on the Agreement, the West employed full-blown theft.
The Bretton Wood Agreement is Null and Void and has been from the day it was created.
This outright larceny has continued for many years, but now the East will handle their own funds, have their own banking, have their own IMF, World Bank, UN building, and much more.
In other words the West is gone for good, and should they attempt to continue stealing the assets, it will be obvious for all the world to see – there will be no need to look any further than at very ones who attempt to renew their criminal activity.
The Next Level
Every one of us realizes we are being listened to and closely watched.  But this Fight is all that really matters.  We know how to win, and win we will. However, we do know they have many more tools and weapons than us, and in many ways, it has kept us in a “hold” pattern.
They control the banks, the police, the military and every single thing we put our hands on.  Believe it!  And this is why we must be careful with how we approach everything, particularly from this time onward.
We are no longer exposing the scams of the OPPT, Red Dragon “Ambassador,” etc.   We have reached another level of fighting, one where ALL is at stake, where assassinations happen, accidents are not accidents, and money disappears and no one knows where it went.
At the level we’re at, major, earth-changing wins and losses are at hand, and it means everything to each and every one of us (including them).  Yes, it all equates to our very survival!
The delays are their creation.  They can push many buttons and tear our hearts out, but we must and will push on.  There is only one option and that is to WIN!
Dropping out is not an option for Group K/The Keenan Team.  We have exposed the battle and thrive on action at the front.  We will never relinquish our position.
So we are moving on up in this Eastern financial battle.  Yes, we are surely up to our necks in it, but believe us, we are steps ahead at this time.  Still we are fully aware of the need to move much faster in getting to our goals that have waited for us for three months now.
Just think:  moving on up to the East side.  Nice place to be when all is said and done.  See you there.
Neil Keenan and The Keenan Team
The Jeffersons – Moving On Up

Copyright © 2015, GROUP K, Ltd.
One of the sources of funds for the Cabal is Big Pharma. It also serves as the weapon of mass destruction via vaccine tainted with live virus it is suppose to protect us from, and the deadly chemicals use to treat our diseases that they caused through our GMO / pesticide contaminated food supply.
We can avoid using drugs, defeat any viral attack and scaremongering easily by knowing how to build our own comprehensive antiviral system. Find more about it here.

6 thoughts on “No Debt Forgiveness; Currency Revaluation Will Happen [Keenan]”