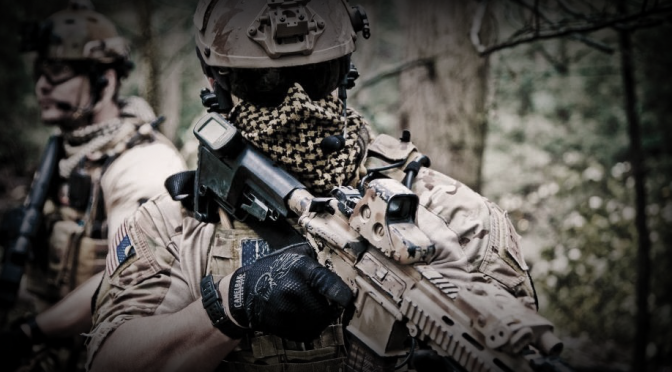 For the last two weeks, militia intelligence reports gathered nationwide indicate Jade Helm  is operational ahead of its published schedule.
In response, organized militia are going hot all over the country and a new US Militia related BlogTalk program is launched to inform the public, organize and counter Jade Helm 15 covert operation nationwide.

“Did you know DHS removed citizens right off the street in North Carolina a few days ago? Or that DHS units were spotted in Massachusetts and Florida…today!

Join Firehawk as he interviews the Commander of one of the largest militia organizations in the nation. Discover what’s happening and what’s being planned to stop unconstitutional “extractions” (read kidnapping), in American cities and towns. Plus…

Find out how you can connect to the same nationwide intel and the leadership organization that’s light years ahead of most patriot militia units in the U.S.

Join us tonight “Getting Ready to Fight” on American Firestorm; brought to on Blog Talk Radio at 9:00 PM ET.”

By Mark Wachtler
April 6, 2015. San Diego. (ONN) Warnings are flooding the internet over the US government’s upcoming Operation Jade Helm. The American military is holding a two-month exercise this summer in which a virtual Martial Law will be declared across much of the US Southwest. The goal is to train American soldiers to put down a domestic insurgency. But the country’s patriot movement and its military arm, the various volunteer militias, are planning to use the exercise themselves – to practice deploying against the occupying armies of a dictatorship.
Share
Operation Jade Helm will deploy all 4 US military branches to 7 states from July to September.
Subscribe to Whiteout Press. It’s FREE and you can unsubscribe at any time. Just 1 weekly email.
The US military has confirmed that Operation Jade Helm is real. The documents and maps released online are real. And the citizens of seven Southwestern states will spend the summer of 2015 with all four branches of the US military deployed in their communities to suppress a supposedly theoretical rebellion.
Targeting the left, or the right?
Something doesn’t make sense regarding Operation Jade Helm – If the US government is positioning to declare Martial Law to stamp out a rebellion by America’s right wing, including patriots, militia-types and secessionists, why does the operation pick the most powerful stronghold of the foreign left on American soil as ground zero?
The Pentagon-supplied map (see below) detailing Operation Jade Helm shows the enemy-held regions as Texas, along with a ‘pocket of resistance’ covering the southern-most edge of California from Los Angeles to San Diego. Is this really the stronghold of America’s patriot and militia movement? Of course not. But it is the stronghold of the Mexican drug cartels and what the same patriots and militia would call ‘the foreign invasion’.
If the Operation’s map showed that Texas was in insurgent hands and Montana, Idaho, Washington State and Oregon were marked off as insurgent-held territory, then we would agree that Operation Jade Helm is a covert operation targeting the stronghold of America’s right wing. But the operation clearly shows the theoretical insurgency as the US-Mexico border and southern California. One-quarter of all the illegal immigrants in America live in California. And nearly half of them live in southern California between Los Angeles and San Diego – the area labeled as the ‘pocket of resistance’.
When looking at the Operation’s map and the designations given each area, it seems there is one overall trend and one exception. Each state or area is designated as one of the following, ‘Hostile’, ‘Leaning Hostile’, ‘Leaning Friendly’ or ‘Permissive’. The trend appears to be that the further away from the Mexico border, the friendlier the populace is. The closer to Mexico, the more hostile. The only exception is the state of Utah, which the map depicts as being in enemy hands.
But again, the theoretical enemies aren’t revealed in the materials and it’s very well possible that in the event of an American insurrection, the US government might find itself simultaneously fighting multiple insurgencies, including a foreign insurgency in the Southwest and a domestic insurgency in the most religious state in America – Utah.
Details of Operation Jade Helm
With warnings and rumors spreading like wildfire across America regarding a Red Dawn-like military occupation of the Southwest, corporate news outlets like the Washington Post have verified the operation’s authenticity. The publication reported last week, ‘Elite service members from all four branches of the US military will launch an operation this summer in which they will operate covertly among the US public and travel from state to state in military aircraft. Texas, Utah and a section of southern California are labeled as hostile territory.’
View the 12-page summary from the US Army Special Operations Command prepared for local officials across the Southwest to prepare them for the coming two-month exercise. The presentation gives no indication regarding who the theoretical enemy is or why the Pentagon chose the seven states it did, except for Texas. The document says, ‘The United States Special Operations Command (USSOCOM) has conducted numerous exercises in Texas because Texans are historically supportive of efforts to prepare our soldiers, airmen, Marines and sailors to fight the enemies of the United States.’
What is Operation Jade Helm
Under the section of the document titled, ‘What is Jade Helm?’, the US Army only includes the following three bullet points:

The summary also details the branches of the US military that will be participating in Operation Jade Helm. They include:

source »
One of the significant sources of funds for the Cabal is the healthcare industry which registered a whopping $3.09 trillion in 2014, and is projected to soar to $3.57 trillion in 2017, in the US alone. We believe that this is just a conservative figure.
We can avoid using drugs, defeat any viral attack and scaremongering easily by knowing how to build our own comprehensive antiviral system. Find more about it here.