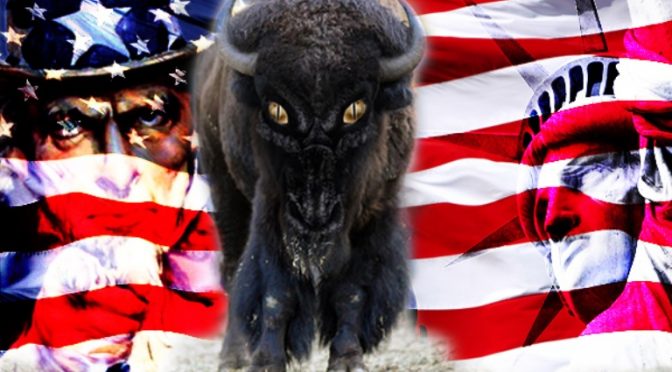 Despite pretty talk about “democracy” and “human rights,” U.S. leaders have become the world’s chief purveyors of chaos and death – from Vietnam through Iraq, Libya, Syria, Ukraine and many other unfortunate nations, a dangerous dilemma addressed by John Chuckman.

By John Chuckman
When I think of America’s place in the world today, the image that comes to mind is of a very large animal, perhaps a huge bull elephant or even prehistoric mammoth, which long roamed as the unchallenged king of its domain but has become trapped by its own missteps, as caught in a tar pit or some quicksand, and it is violently flailing about, making a terrifying noises in its effort to free itself and re-establish its authority.
Any observer immediately knows the animal ultimately cannot succeed but certainly is frightened by the noise and crashing that it can sustain for a considerable time.