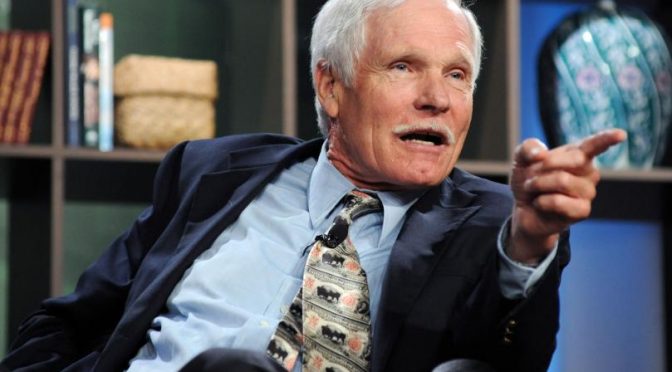 Location: New York
Politics: Accused of pro-liberal, pro-Obama bias
Money Matters
Sumner Redstone is the majority owner of CBS Corporation and Viacom through his ownership of National Amusements. The company began trading on the New York Stock Exchange on January 3, 2006. Previously it was traded under the name Viacom until it and its subsidiaries were spun off from CBS in 2005. In the second quarter of 2015, its revenue was $3.22 billion, of which $1.6 billion was from advertising, $815 million from content and licensing distribution, $752 million from affiliate and subscription fees, and $58 million from other revenue streams.
Essentials
CBS Corporation is the publicly traded parent company of CBS Television, News, Sports, Interactive, Radio, Connections, Sports Radio and Vision; the CW; Showtime, Smithsonian Channel; Simon & Schuster; Watch!; EcoMedia; Pop; and CBS Scene Restaurant & Bar, as well as several other related ventures.
Key People Sumner
Redstone
Sumner Redstone is a self-described “liberal Democrat” and a frequent donor to Democratic campaigns. As of November 2015, the 92-year-old is worth $5.3 billion, and placed 94th on the 2015 Forbes 400 list, as well as 77th in US billionaires (225th worldwide). As a college student during World War II, he was selected by a Japanese history professor at Harvard University to serve as a codebreaker of Japan’s military and diplomatic transmissions. Redstone served as a special assistant to US Attorney General Tom C. Clark before he took over his father’s cinema chain in 1954. He was an early visionary of the importance of content over distribution, coining the term “content is king,” and so invested heavily in film production studios. His daughter, Shari Redstone, serves as the vice chair of CBS Corporation and as president of National Amusements. Together he and his daughter own all of National Amusements, owning 80 percent and 20 percent of the company, respectively, after Redstone’s son Brent dropped a lawsuit against the two in 2006, in exchange for a buyout of his one-sixth stake. Leslie
Moonves
The CBS chairman is a self-described “mediocre” former actor, having landed a few forgettable television roles after college. Entertainment is his focus rather than politics. However, he does have a family link to the latter field, being the great-nephew of David Ben-Gurion, the Polish-born first prime minister of Israel. Moonves married CBS personality Julie Chen, who serves as host of primetime show ‘Big Brother’ and as a co-host of morning show ‘The Early Show’, in December 2004, just 13 days after he was granted an early divorce from his first wife. He previously was in charge of first-run syndication and pay/cable programming at 20th Century Fox Television, where he also served as vice president of movies and mini-series before becoming president of CBS Entertainment in 1995. Scott
Pelley
The anchor and managing editor of the CBS Evening News and a correspondent for the CBS news magazine 60 Minutes, Pelley is held in higher esteem than many of his colleagues. In 2012, the Columbia Journalism Review wrote Pelly was “probably the most well-qualified and proven television journalist ever to ascend to the anchor job.” He has often been the target of conservative media, which accuses him of bias.
In 2010, Pelley said Hillary Clinton “doesn’t let anyone work harder than her” and “she’s the only person in American politics with global star power close to” that held by President Barack Obama. He was also accused of being partial to former President Bill Clinton. His most controversial statement, however, came when he spoke of interviewing climate change deniers in a global warming piece as being the same as finding a “Holocaust denier” if doing an interview with professor and political activist Elie Wiesel. Lara
Logan
In 2013, CBS’ Chief Foreign Correspondent Lara Logan was put on a leave of absence after an erroneous report from Benghazi in Libya.
“Logan made a speech in which she took a strong public position arguing that the US government was misrepresenting the threat from Al-Qaeda, and urging actions that the US should take in response to the Benghazi attack.”
The statement continued that there was a “conflict in taking a public position of the government’s handling of the situation while continuing to report on the story.” Glenn Greenwald had previously written that that Logan had done courageous reporting over the years, but had come to see herself as part of the government and military.
This year Logan was back in the news after she recorded a story on Ebola in Liberia, failing to manage a single location shoot while remaining ’self-quarantined’ in a luxury hotel . Logan has been criticized for being part of a phenomenon in which ’celebrity journalists’ make themselves as much a part of the story as the news itself.


Logan has been in and out of hospital for years, due to the lingering effects and complications from injuries suffered in a brutal sexual assault in Egypt in 2011. After the ouster of President Hosni Mubarak, Logan was reporting from the celebration on Cairo’s Tahrir Square when she was attacked by a group of men.
In the summer of 2015, Logan reportedly signed a new two-year contract with CBS, the details of which have not been disclosed.

Killian documents and ‘Rathergate’
During the 2004 presidential campaign, veteran news anchor Dan Rather questioned President George W. Bush’s service with the Texas Air National Guard during the Vietnam War. In his report for ‘60 Minutes’, he used four documents that were supposedly written by one of Bush’s commanders in the early 1970s, Lieutenant Colonel Jerry Killian, who had already died. People immediately began questioning the documents’ authenticity, noting that they were most probably forgeries written on a modern word processor. Others accused the show of political bias. CBS News stubbornly defended the story for 12 days before conceding it could not confirm that Killian had actually written them.
An independent investigation found that, while it could not outright say the documents were forged, it had serious questions about their authenticity and the way CBS News handled them. The panel also took Mary Mapes, the story’s producer, to task for calling a senior official in the John Kerry campaign prior to its airing, calling her action a “clear conflict of interest that created the appearance of political bias.” CBS News Senior Vice-President Betsy West, who supervised primetime programs; ‘60 Minutes Wednesday’ executive producer Josh Howard; and his deputy, senior broadcast producer Mary Murphy were asked to resign, while Mapes was fired.
After vehemently defending his report, Rather eventually admitted there were serious questions about the authenticity of the documents. He resigned as anchor of ‘CBS Evening News’ in March 2005, which was believed to be a year earlier than his planned retirement, and left the network altogether in June 2006. He later sued CBS and Viacom for $70 million in 2007, claiming that the companies made him a “scapegoat.”
A movie about the scandal, ‘Truth’, was released in October 2015. CBS has refused to air ads for the film on any of its networks.
Liberal bias
In 2001, Bernard Goldberg, a CBS staffer for 28 years, wrote a book ‘Bias: A CBS Insider Exposes How the Media Distort the News’. The contents were explained by the title. The book takes aim at what Goldberg viewed as intrinsic liberal bias in the American media, though others claimed it merely pointed out how the line between editorializing and news reporting were increasingly becoming blurred.
CBS News investigative correspondent Sharyl Attkisson controversially resigned in March 2014. Sources told Politico that she “had grown frustrated with what she saw as the network’s liberal bias, an outsize influence by the network’s corporate partners and a lack of dedication to investigative reporting,” while CBS staffers called her reporting on the Obama administration agenda-driven and questioned her impartiality. In November of that year, she released a book titled ‘Stonewalled: My Fight for Truth Against the Forces of Obstruction, Intimidation, and Harassment in Obama’s Washington.’
John Miller’s Snowden interview
John Miller was a CBS ’journalist’ with a seemingly boundless career trajectory. From 1994-95, he was deputy police commissioner of New York City. In 2005 he was appointed an assistant director of public affairs for the FBI — becoming the bureau’s domestic spokesman.
In 2011, CBS News christened Miller a senior correspondent, and he regularly made appearances across their major programs. Miller famously packaged a one-sided interview with the FBI’s deputy director on Edward Snowden, where the whistleblower was hammered and portrayed as a traitor and “enemy of the state.”
Where does Miller work now? He is deputy commissioner of intelligence & counterterrorism for the NYPD.
http://msm.rt.com/#usa/tv/cbs 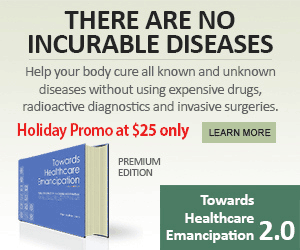