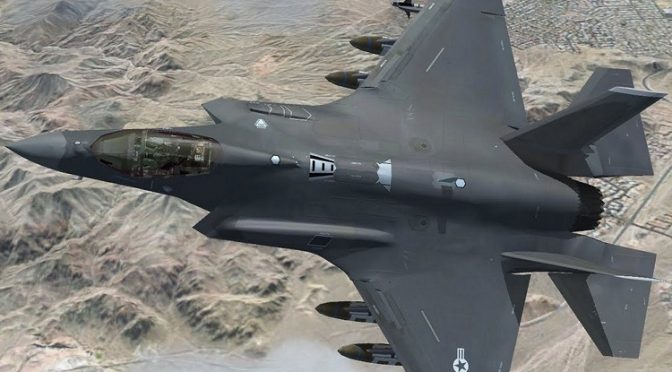 The Saker reports that Russia is preparing for World War III, not because Russia intends to initiate aggression but because Russia is alarmed by the hubris and arrogance of the West, by the demonization of Russia, by provocative military actions by the West, by American interference in the Russian province of Chechnya and in former Russian provinces of Ukraine and Georgia, and by the absence of any restraint from Western Europe on Washington’s ability to foment war.

By Dr. Paul Craig Roberts
Like Steven Starr, Stephen Cohen, myself, and a small number of others, the Saker understands the reckless irresponsibility of convincing Russia that the United States intends to attack her.
It is extraordinary to see the confidence that many Americans place in their military’s ability. After 15 years the US has been unable to defeat a few lightly armed Taliban, and after 13 years the situation in Iraq remains out of control. This is not very reassuring for the prospect of taking on Russia, much less the strategic alliance between Russia and China. The US could not even defeat China, a Third World country at the time, in Korea 60 years ago.
Americans need to pay attention to the fact that “their” government is a collection of crazed stupid fools likely to bring vaporization to the United States and all of Europe.
Russian weapons systems are far superior to American ones. American weapons are produced by private companies for the purpose of making vast profits. The capability of the weapons is not the main concern. There are endless cost overruns that raise the price of US weapons into outer space. The F-35 fighter, which is less capable than the F-15 it is supposed to replace, costs between $148 million and $337 million per fighter, depending on whether it is an Air Force, Marine Corps, or Navy model.
http://www.cnbc.com/2014/07/31/how-dods-15-trillion-f-35-broke-the-air-force.html
A helmet for a F-35 pilot costs $400,000, more than a high end Ferrari.
http://www.airforcetimes.com/story/military/2015/10/26/f-35-helmet-costs-400000-4-times-predecessor/73826180/
(Washington forces or bribes hapless Denmark into purchasing useless and costly F-35:
http://sputniknews.com/news/20160528/1040395012/denmark-f-35-military-nato-lockheed.html)
It is entirely possible that the world is being led to destruction by nothing more than the greed of the US military-security complex. Delighted that the reckless and stupid Obama regime has resurrected the Cold War, thus providing a more convincing “enemy” than the hoax terrorist one, the “Russian threat” has been restored to its 20th century role of providing a justification for bleeding the American taxpayer, social services, and the US economy dry in behalf of profits for armament manufacturers.
However, this time Washington’s rhetoric accompanying the revived Cold War is far more reckless and dangerous, as are Washington’s actions, than during the real Cold War. Previous US presidents worked to defuse tensions. The Obama regime has inflated tensions with lies and reckless provocations, which makes it far more likely that the new Cold War will turn hot. If Killary gains the White House, the world is unlikely to survive her first term.
All of America’s wars except the first—the war for independence — were wars for Empire. Keep that fact in mind as you hear the Memorial Day bloviations about the brave men and women who served our country in its times of peril. The United States has never been in peril, but Washington has delivered peril to numerous other countries in its pursuit of hegemony over others.
Today for the first time in its history the US faces peril as a result of Washington’s attempts to assert hegemony over Russia and China.
Russia and China are not impressed by Washington’s arrogance, hubris, and stupidity. Moreover, these two countries are not the native American Plains Indians, who were starved into submission by the Union Army’s slaughter of the buffalo.
They are not the tired Spain of 1898 from whom Washington stole Cuba and the Philippines and called the theft a “liberation.”
They are not small Japan whose limited resources were spread over the vastness of the Pacific and Asia.
They are not Germany already defeated by the Red Army before Washington came to the war.
They are not Granada, Panama, Iraq, Libya, Somalia, or the various Latin American countries that General Smedley Butler said the US Marines made safe for “the United Fruit Company” and “some lousy bank investment.”
An insouciant American population preoccupied with selfies and delusions of military prowess, while its crazed government picks a fight with Russia and China, has no future.
Dr. Paul Craig Roberts was Assistant Secretary of the Treasury for Economic Policy and associate editor of the Wall Street Journal. He was columnist for Business Week, Scripps Howard News Service, and Creators Syndicate. He has had many university appointments. His internet columns have attracted a worldwide following. Roberts’ latest books are The Failure of Laissez Faire Capitalism and Economic Dissolution of the West, How America Was Lost, and The Neoconservative Threat to World Order.
http://www.globalresearch.ca/our-prospects-against-the-russians-and-chinese-in-world-war-iii/5527687

5 thoughts on “Our Prospects Against the Russians & Chinese in WW3 | Paul C. Roberts”