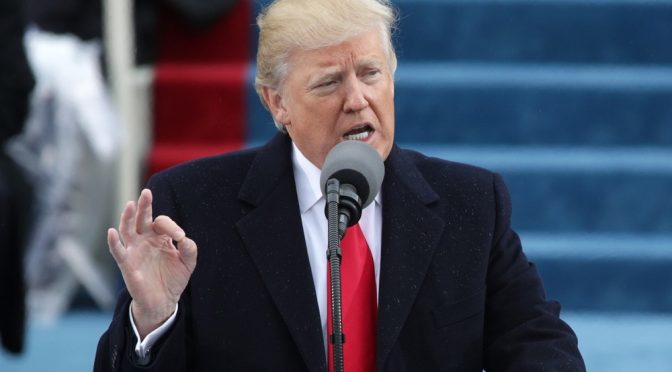 The planned disruption against the inauguration of President Donald Trump failed. The paid marauders were not ready to put their lives on the line yet. Well, what can we expect from “crowds on demand”?

The most awaited speech of the new president went on without disruption.

Some are criticizing him for forgetting a particular segment of the society, e.g. women, immigrants, as previous newly inaugurated  presidents may have done otherwise, to please and massage the crowd until they fall asleep into dreamland. That’s definitely unbecoming of a Trump.
The businessman-president was direct and concise. His inaugural speech is more of a compact version of all his campaign speeches than anything else. The only difference is he wasn’t intimidated to make an indictment against the very same people sitting directly to his left.
Even George Scherff Jr. anticipated that he might not be able to take it. 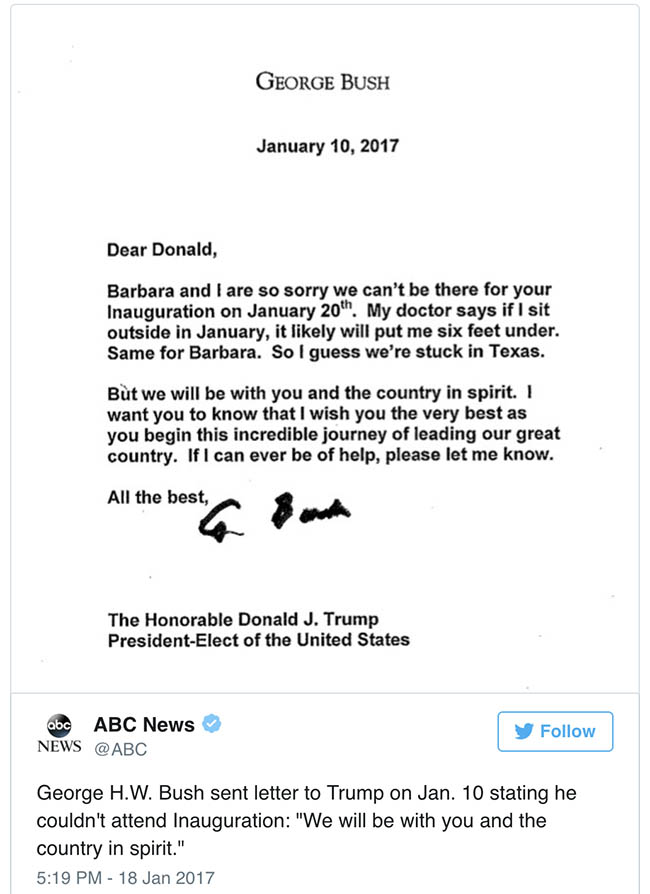 He repeated his main objectives for running the presidency, and rightly so. This is a sign that he has not forgotten yet everything he had promised the people he would do, with the help of every patriotic American.
Mainstream critics say that he “has forgotten the women” in his speech. But we can also see the number of women in his own first family.  Are they saying that he has forgotten them, too?

He has also “failed to rally the Americans to unite.”
Wrong.

“Together, we will determine the course of America and the world for years to come. We will face challenges. We will confront hardships. But we will get the job done.
A new national pride will stir our souls, lift our sights, and heal our divisions… whether we are black or brown or white, we all bleed the same red blood of patriots
When America is united, America is totally unstoppable.”

He summarized what he wants in two words, i.e. America First.
We read this as the end of all forms of regressive American interference abroad, in favor for a more peaceful engagement and more inward-looking government policies.

“We will seek friendship and goodwill with the nations of the world – but we do so with the understanding that it is the right of all nations to put their own interests first.”

The establishment media is not giving Trump the traditional “honeymoon period.” It’s because his administration is “transferring power from Washington, D.C. and giving it back to you, the American people.”
Here’s Forbes’ full transcript of Donald Trump’s inaugural speech.

The humongous tasks ahead are indeed hard, and befitting only of a bolder and wiser leadership.
Every American and the rest of the world are now focusing their attention on what exactly Trump will do with the filthy Swamp that the Khazarian puppet-leaderships have left in their wake…
.. and it looks like he’s already enjoying his first day…