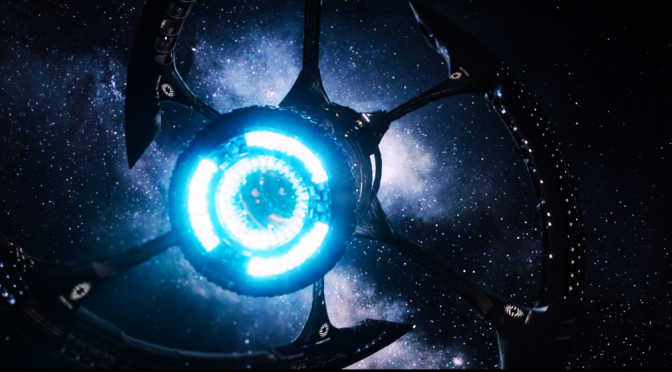 While the West is still dealing with the Cabal’s continued aggressive moves to hang on to its undeserved privileges and power, the other side of the planet is busy organizing a better system of expanding humanity’s horizon.
A new system of international relations is now emerging everywhere on this planet. We are truly embarking on a New Paradigm for all mankind.
by Kesha Rogers
This new paradigm can been understood through the beautiful expression of State Councilor Yang Jiechi of China, in his description of the upcoming Belt and Road Forum for International Cooperation, to be held on May 14-15:

“The Belt and Road Initiative was proposed by China. Yet it is not going to be China’s solo show,”

“A better analogy would be that of a symphony performed by an orchestra composed of all participating countries.”

As UN General Assembly President Peter Thomson of Fiji expressed it, in referring to the New Silk Road in a recent interview with Xinhua, Xi’s vision “is the only future for humanity on this planet.”
One can also say that the related vision of the great German-American space pioneer and rocket scientist, Krafft Ehricke, is the only future for humanity, on and off this planet! It is coherent with President Xi’s vision. We should celebrate Ehricke’s upcoming 100th birthday, just a few days from now, on March 24.

Just as China today speaks of a multipolar world, and a system of win-win cooperation through the development of the Belt and Road Initiative (the New Silk Road), and the development of space infrastructure platforms for the mutual benefit of all nations, Ehricke similarly envisioned what he called an “open-world” system, a world of unlimited growth, and expansion throughout the universe. Ehricke called it a polyglobal world. A world not bounded by so-called “limited resources” in which we believe that we are “running out of everything,” or the “closed-system” of geopolitics, in which mankind is limited to one small planet.
The development of a permanent lunar colony is key to mankind’s expansion throughout the Solar system. How will this be accomplished? Not by privatized, commercial spaceflight and “public-private partnerships” for so-called cheap tourist flights to the lunar surface and other planetary bodies. The achievement of a permanent lunar presence is the gateway to the development of a human economy in space. And that requires the creation of a new system of economic value, not defined in monetary terms, but using national credit to fund those great projects that will “provide for the general welfare” of our Nation, as referenced in the Preamble to our Constitution.
The realization of such a goal requires the immediate implementation of Lyndon LaRouche’s Four Laws, starting with the immediate reinstatement of Franklin Roosevelt’s original Glass-Steagall Act. Second, a new National Bank must be created. Third, this new national credit must be directed into energy-dense projects in the productive economy, new technologies, and infrastructure platforms. Finally, crash programs must be adopted to finally achieve thermonuclear fusion technologies and restore an energetic, imaginative, and purposeful space program. (See the video,
https://www.youtube.com/watch?v=vKD20EjUYi4)
LaRouche develops his entire Four Laws platform around the principle he defines as “the essential distinction of man from all lower forms of life.” Recognizing this distinction, he says, the Four Laws platform “presents the means for the perfection of the specifically affirmative aims and needs of human individual and social life.” Advances in human creativity and productive capacity are key, not money!
We must make sure that our government immediately takes up these policies. We must restore our national mission for physical economic development, including space exploration and colonization, for the benefit, and with the cooperation of all nations, and in fulfillment of what Ehricke, the great space pioneer and aeronautical engineer, called “Mankind’s Extraterrestrial Imperative.”
A permanent manned lunar presence can only be realized through the vision of lunar development outlined by Ehricke, most emphatically in his 1984 report titled,” Lunar Industrialization and Settlement—Birth of Polyglobal Civilization.” In this work he writes,
This makes very clear Ehricke’s understanding that space travel and exploration are not for cheap thrills and billionaire fantasies, but are absolutely essential to new scientific discoveries and economic platforms, needed for the advance of human civilization.
Ehricke outlines five essential stages of lunar development. He recognized the Moon as an essential proving ground for our development in space:
Ehricke’s five stages of lunar development are these: First, we examine the Moon from Earth. Second, we examine the Moon from lunar orbit, consider what might be the optimal site for an industrial base, and establish automated laboratories and pilot facilities on the surface. Third, we locate the best spot on the Moon for an initial industrial base, and establish it there. Fourth, from this base we establish a larger industrial zone that can return resources to Earth while expanding around the Moon. And fifth, we expand and diversify from this base to create a translunar space-faring civilization, a civilization that has gone beyond the Moon to other bodies.
These five stages of lunar development are centered on the growth of what Ehricke calls the “human sector”:

This is the outlook and perspective that any U.S. President requires in defining a serious national mission for space exploration and development. This is what is required for a permanent lunar colony and cooperation among nations in the creation of a truly “polyglobal,” “open-world” system. The United States must reject the existing, failed economic paradigm and join in the “win-win” paradigm offered through cooperation with China and Russia. President Trump’s meeting with China’s President Xi on April 6 could be the beginning of a new relation between the two nations and the opening for the United States to join in cooperation with China and many nations at the upcoming Beijing Belt and Road Summit.
Our national mission for space exploration and development must be based on a vision of cooperation in scientific and technological advance for the common aims and the peace of all mankind.
Krafft Ehricke reminds us of Mankind’s Extraterrestrial Imperative:

Let us proceed, as indeed we must!

This article appears in the March 17, 2017 issue of Executive Intelligence Review.