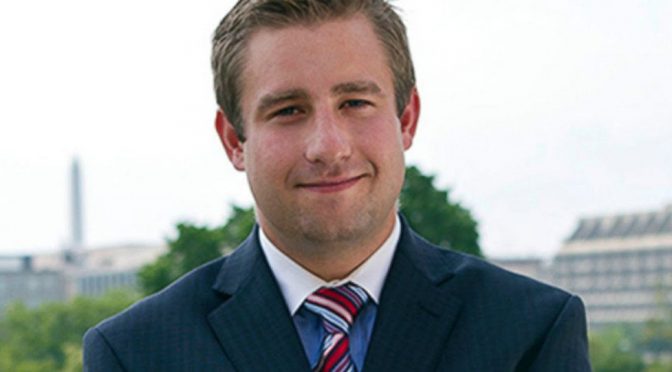 Democratic National Committee staffer Seth Rich’s murder continues to stir up public opinion in the US. Wall Street analyst Charles Ortel assumed that Rich’s death could have been part of a massive conspiracy aimed at appointing Democratic presidential candidate Hillary Clinton as successor to Barack Obama.
Ekaterina Blinova
The unresolved murder of Democratic National Committee (DNC) staffer Seth Rich has again been brought into the spotlight.
About a year ago Rich, who reportedly worked as the voter expansion data director at the DNC, was shot in the back in the Bloomingdale neighborhood of Washington D.C.
The Metropolitan Police Department (MPD) surmises that the DNC staffer was a victim of a robbery. However, his wallet, credit cards and cellphone were found on his body, intact.
To add to the controversy, the police have not been releasing new information on the case for months, prompting American political consultant Jack Burkman to file a suit against the MPD on Wednesday seeking to force them to release video footage of the murder.
For his part, US conservative commentator Sean Hannity signaled Tuesday that he is “making progress” in investigating what was really behind Seth Rich’s murder.
Why does the former DNC staffer attract so much attention?
The crux of the matter is that he is believed to be an alleged whistleblower who leaked nearly 20,000 DNC emails to WikiLeaks, exposing Hillary Clinton’s conspiracy against her counterpart — former Democratic presidential candidate Bernie Sanders.
Back in August 2016, WikiLeaks founder Julian Assange dropped a hint that Rich could have been behind the leak. If that is true, the Democrats’ narrative that Russia had “meddled” in the US 2016 presidential election will fall apart like a house of cards.

We are in search of the identity of the DNC leaker (s), don't get distracted ​by the mainstream media fake news distributors.

Meanwhile, American investigative journalist and author Jerome R. Corsi has published a series of articles, which “explores the evidence that Seth Rich… leaked to WikiLeaks thousands of John Podesta’s emails.”
Sputnik asked Wall Street analyst and investigative journalist Charles Ortel to share his views on the issue.
If it is proven that Rich was behind the DNC leak, will it deal a lethal blow to the “Russians did it” story? At the same time, will it help answer the question who could have been behind Rich’s murder?
“Jerry Corsi’s excellent work deserves close attention as does the independent work of George Webb and others who are trying to discover why so many people close to the last election have died along the way,” Ortel told Sputnik.
Indeed, the death of attorney Shawn Lucas, who served the DNC with a lawsuit in early July 2016 accusing then-DNC Chairwoman Debbie Wasserman Schultz of “rigging primaries” for Hillary Clinton, raised a lot of questions.
Likewise, the passing of Joe Montano, who served as chairman of the Democratic National Committee before Debbie Wasserman Schultz, in July 2016, and the death of Victor Thorn, who authored four books on the Clintons, in August 2016, are still shrouded in mystery.
The US alternative media are circulating the so-called “Clinton death list” claiming that it contains the names of people who died after crossing the Clintons’ path.

“Assuming the FBI was given the appropriate attitude and necessary resources, I imagine they would wish to investigate what seems to be a massive criminal conspiracy to appoint Hillary Clinton as successor to Barack Obama,” Ortel noted.

“Here, I would suggest going all the way back to the 2007 and 2008 election cycle to understand better exactly what accommodations may have been reached between the Obamas and the Clintons concerning the operation of the Clinton Foundation and its affiliates while Hillary Clinton served as US Secretary of State, forward to the present,” the Wall Street analyst suggested.

“What I see in the public record alone is a pattern where political donors and Clinton Foundation donors appear to have been richly rewarded numerous ways. In addition, particularly from 2009 forward the Clinton and Obama families, somehow, seem to have become much wealthier. Can publishing houses credibly defend the enormous advances given for various books? Can payments for ‘speeches’ and for part-time positions be defended, when compared to incomes earned in the private sector for a full year of honest work?” Ortel asked.

Meanwhile, there is yet another burning issue related to the DNC leak.
The question is why the DNC still denies the FBI access to their hacked server. Or maybe it is the FBI that is insisting on not examining the server while relying on a private firm’s findings on the alleged hack?

Why did the @FBI not demand access to the @DNC servers? Why was a conflicted private company allowed to investigate? pic.twitter.com/YUMdKOS70w

​”If I were a Democrat, and if I were a Bernie Sanders supporter, I would be furious with the leadership of the Democratic Party — its behavior during 2016 strongly suggests to me that party officials have much to hide, a conclusion that is consistent with their apparent refusal to let the FBI do its work, rigorously,” the Wall Street analyst emphasized.

“In solving mysteries, one of the oldest questions normally asked is ‘who benefits’?” he highlighted.
“I believe that the Clinton campaign acted as if their candidate had earned the absolute right not simply to win the presidency but to rule the American people with unchecked power. Having lost so badly in 2008, Hillary Clinton and her supporters were determined to win in 2016 at all costs. So, damaging information was suppressed, and the primaries seem to have been rigged from what we know, so far, in the public domain,” Ortel elaborated, adding that “Americans deserve to know what really happened during election season.”
“Moreover, those who have been attacked, the Russian government for example, and others who have been charged in the media and even by politicians as having, potentially, meddled in the recent election cycle need either to be proven guilty or cleared,” he added.
The Wall Street analyst believes that “America needs to get its game back.”

“To do so, we need to root out the endemic corruption especially in Washington, D.C. among both political parties, drain the swamp and make examples of the swamp monsters who still believe, even now, that they are above the law,” Ortel concluded.