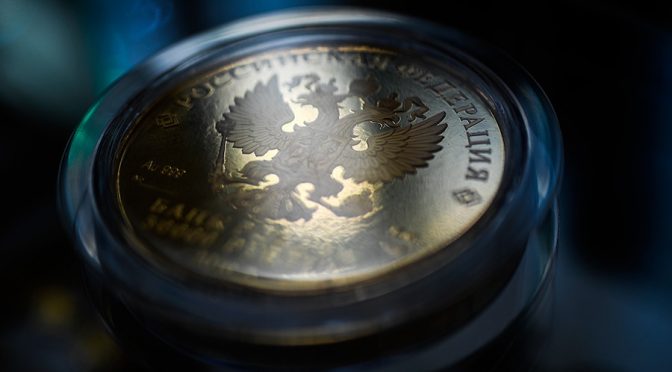 The Russian crypto-currency is in its final stretch towards national implementation as the draft law is submitted to the Russian parliament.

A draft law introducing the national cryptocurrency CryptoRuble as an official means of payment in Russia has been submitted to parliament.
“The amendments proposed by the draft law … codify the digital financial asset as a legal means of payment on the territory of Russia,” the document’s explanatory note reads.
The draft law was submitted by a Communist Party MP, Rizvan Kurbanov. It specifies that the currency will go by the name “CryptoRuble.”

Russian President Vladimir Putin ordered the issue of a national cryptocurrency, totally regulated by the government, in November last year. The release of CryptoRuble (CRUR) would see all other cryptocurrency mining banned in the country, Communications Minister Nikolay Nikiforov said at the time. The financial operations involving the Russian cryptocurrency are to be taxed at the rate of 13 percent applied to any appreciation in value – or 13 percent of the total if the owner can’t explain the source of the digital coins.
https://www.rt.com/business-projects/417001-cryptocurrency-russia-law-ruble/

Is this part of the move to force the full digitization of all currencies on the planet?
It would be much safer to assume that it is. In fact, China and India are also moving towards that same direction very openly. But does this mean that the BRICS countries are part of the move towards Technocratic Dictatorship?
Again, it’s safer to assume that they are indeed doing it to efficiently control their own population. In fact, they have already warned us that they will make you and I want these solutions that they’ve laid down a long time ago, and you can’t refuse it really, no matter what you’re going to do.
But the bigger question is, how will it affect the status of the fiat dollar, or the petrodollar, in the midterm?
Would the CIA CryptoDollar still command the same respect as that of the BRICS cryptocurrencies?

Let it be said that there is a big possibility that a coordinated effort is also being launched against Bitcoin, but why is it that the system itself is not immune to this attack, and allowed itself to become another fiat?
It should have insulated itself from the dollar. This is the giveaway that proves it is indeed the US dollar 2.0, as recently exposed.
Or, will the people of the planet wake up to the reality that we don’t really need to play the game at all?
In order to understand the real motive behind the impending Russian launching of the CryptoRuble, we must consider the fact that it was the Russians who announced the obsolescence of the current paradigm through the launching of an industrial method of producing any element on the Periodic Table. The large scale transmutation of any metal into gold makes the entire economic system irrelevant.

It is also interesting to note that, while the US government is pushing the Russian gas out of the EU, it failed to stop American companies shipping Russian LNG to EU. This begs the question, who profits from the economic sanctions against the Russian if not the Deep State corporations that are behind the expensive and highly profitable winter supply of natural gas to their own people?
This has been the formula by which the Deep State is killing the Western people economically, and through dipping their unseen hands into the public coffers. In fact, they have yet to explain the trillions lost through the Department of Defense.
So, when the Russian government decides to compete with the CIA CryptoBubble, it is meant to kill the mother goose that the Deep State has been exploiting all along, i.e. petrodollar. How about the gold that they’ve stashed away from Asia?
Well, it started with the Babylonian paper shuffling, it ends that way, too.

Indeed, the BRICS Alliance is now moving in for the jugular, together with the ASEAN member-countries, whose leaderships are now in India to craft the best strategy to prevent global terror from ever encroaching again, after the successful defeat of ISIS militants in Marawi City, Philippines. 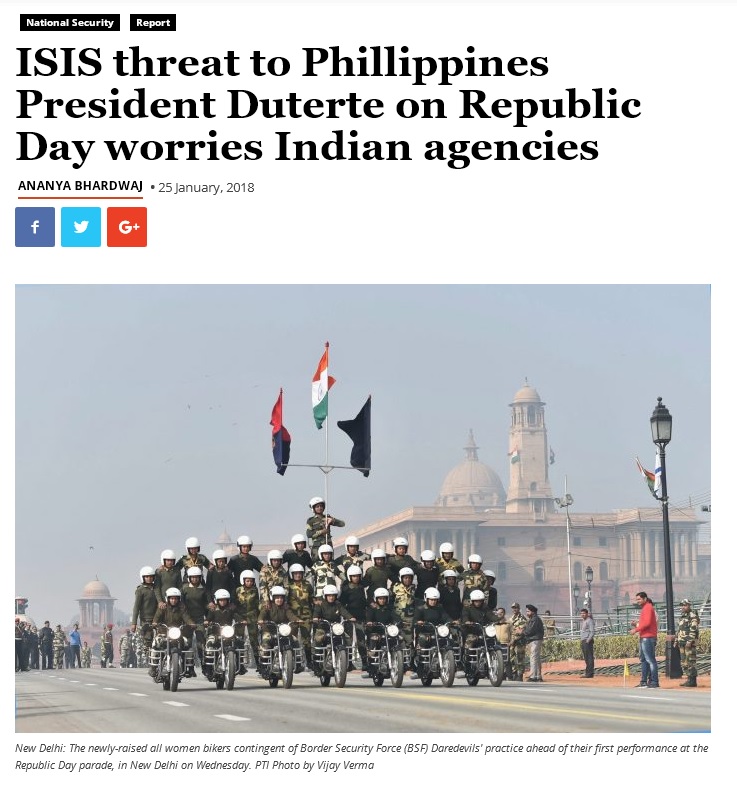 In all their speeches, the phrase Global Terrorism is the term used to refer to the Deep State, and for the close observer, there is a lot of signs that the Age of Hegemony is finally over. And if the people of America can only see and understand these developments, they will begin to move for the jugular, too, and hang their leaders to the nearest lampposts.
Until that day comes, they will remain the laughing stock across the Atlantic and the rest of the world.

5 thoughts on “CryptoRuble is Set to Prick on the CryptoBubble”