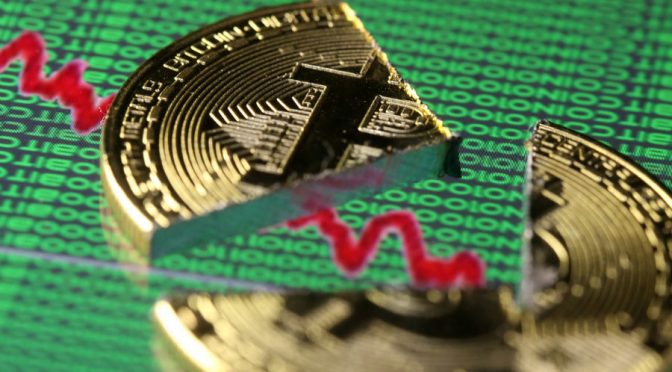 The ongoing Global Reset continues with India’s crackdown on CIA cryptocurrencies and Venezuela’s plan to issue  its own oil-based cryptocurrency “Petro”.
Oil-rich Venezuela is officially joining the cryptocurrency craze. President Nicolas Maduro has announced the date for the pre-sale of a new “petro” cryptocurrency.
The pre-sale date is February 20, and the country plans to replenish its depleted budget.
“This is the moment to accelerate the entry of the petro, to have faith in what we’ve created and in the technological and intellectual capacity of our country,” Maduro said on state TV, as quoted by Bloomberg.
“The petro will have a great impact, in how we access foreign currencies for the country and in how we obtain goods and services that we need from around the world.”
The petro cryptocurrency will be divisible into 100 million units. The units will be called the mene. It will be backed by the country’s vast oil reserves.
As Reuters reports, the Venezuelan government has been recommended to sell $2.3 billion in a private offering, with up to a 60 percent discount, in mid-February.
Critics have said that the petro is a de facto issuance of government bonds, and will face sanctions from the United States like other Venezuelan assets.
The US has already warned that “the petro digital currency would appear to be an extension of credit to the Venezuelan government.”
By issuing the petro, Venezuela plans to overcome the biggest financial crisis in its history that has lasted for the last four years and resulted in a devaluation of its national currency, the bolivar. Venezuela also wants to become a hub for blockchain technology for emerging economies.

Bitcoin continues to slide to its 2016 market value…
Bitcoin and other major cryptocurrencies are falling substantially on Thursday after India announced a crackdown on their trading and circulation.
The largest cryptocurrency, bitcoin, dropped over nine percent below $9,300, the lowest level seen since November.
The Indian Finance Ministry on Thursday made bitcoin illegal and announced an upcoming ban.
“The government does not consider cryptocurrencies as legal tender or coin and (will) take all measures to eliminate the use of crypto assets,” Finance Minister Arun Jaitley said.
India is one of the largest bitcoin markets, with a 10 percent share. Cryptocurrencies have not been regulated there, but the government started a de-facto crackdown on cryptos last December. Users have been facing troubles with deposits and withdrawals from bank accounts linked to digital money, and the Indian Income Tax Department raided bitcoin exchanges across the country, seeking to identify cryptocurrency traders.
“After today’s announcement, people are getting scared,” said Anshul Vashist, Delhi-based support manager at the cryptocurrency exchange Coinsecure, as quoted by Bloomberg.
“We have seen some dumping of bitcoins.” Coinsecure has a volume of about 100 coins a day, he said.
Bitcoin has now fallen more than 53 percent from the record value of $20,000 seen in December 2017. January was the worst month for the cryptocurrency since 2015.
Ripple, bitcoin cash, cardano, and other leading digital currencies plunged even more than bitcoin, losing over 10 percent of their value each.
Ethereum was one of the few to survive the meltdown, trading one percent up. Only six seven of the top 100 cryptocurrencies were gaining as of 2:00 pm GMT, according to CoinMarketCap data.

What if this is just a ploy to bring everyone to a cashless society?
Yes, that could be one of the possibilities. The BRICS crackdown on cryptocurrencies could be an elaborate machinations to bring the global resistance movement into the next enslavement program that the Bilderbergers and Vatican have in store for us.
If that’s what really is happening, the next question would be, should we allow it to happen and leave our children at the mercy of these pedophiles and psychopaths?
Nevertheless, it is truly a dangerous path for any country to allow its people to invest in a highly volatile Deep State cryptocurrency market. Uncontrolled capital flight is something every country needs to protect itself from.
Any currency, for that matter, must never be subject to speculative maneuvers. It is a tool for the exchange of goods and services, and not a commodity in itself.
The fact that the fiat dollar, and Bitcoin, et al, are behaving the same way is proof enough that both systems are run by the same banksters, and are merely two sides of the same, well, coin.
At the very least, Bitcoin is now serving as the safe refuge for those who want to escape from the fiat dollar system that is about to die, and as a matter of consequence, the cryptocurrency has become a de facto fiat currency in it itself. Its real value has been diluted much like the paper gold that remains, and will never become deliverable in the foreseeable future.
There is no substitute for thinking logically. The entire financial system is rendered obsolete. Someday, we will all look back at this period and see the absurdity and tragedy of it all.