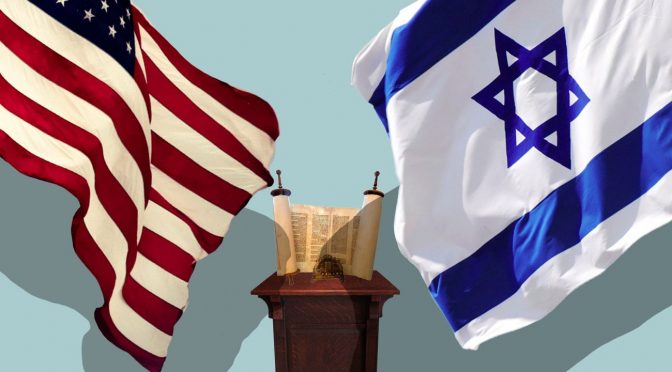 The new US administration voices ‘unwavering commitment to Israel’s security’ in first official call with Israeli government. The Biden administration may be looking to overturn many of the Trump administration’s policies — but not when it comes to Israel.

In the first official contact between the new US administration and the Israeli government, President Joe Biden’s National Security Advisor Jake Sullivan vowed to his Israeli counterpart that Washington will “closely consult with Israel on all matters of regional security”.

In a statement released early on Sunday, the US National Security Council (NSC) said Sullivan had also welcomed normalisation agreements between Israel and Arab states on Saturday’s call with Israel’s Meir Ben Shabbat.

“They discussed opportunities to enhance the partnership over the coming months, including by building on the success of Israel’s normalisation arrangements with UAE, Bahrain, Sudan and Morocco.”

Biden has previously promised to continue unconditional US military aid to Israel and voiced support for the normalisation deals.

But the pledge to “consult” with Israel on regional issues comes amid calls for an early return to the Iran nuclear agreement, which the Israeli government vehemently opposes.

“Mr Sullivan confirmed the United States will closely consult with Israel on all matters of regional security,” the NSC said.

“He also extended an invitation to begin a strategic dialogue in the near term to continue substantive discussions.”

Biden has said he would return to the pact then use it as a starting point for broader negotiations with Tehran, but a few days into his tenure there has not been any public move towards reviving the nuclear accord.

Israeli Prime Minister Benjamin Netanyahu has been publicly lobbying against the deal.

On Saturday, Israel’s Channel 12 news reported that Netanyahu would be sending Mossad head Yossi Cohen to meet with Biden in Washington next month to discuss the deal and Israel’s expectations for any overhaul of the treaty.

The 2015 multilateral agreement, known as the Joint Comprehensive Plan of Action (JCPOA), saw Iran scale back its nuclear programme in exchange for lifting sanctions against its economy.

Former US president Donald Trump withdrew from the JCPOA in 2018 and embarked on a “maximum pressure” campaign of sanctions against Iran.

In turn, Iran has loosened some of its commitment to the pact, increasing its uranium enrichment and threatening to restrict UN inspectors’ access to its nuclear facilities.

“US President Joe Biden can choose a better path by ending Trump’s failed policy of ‘maximum pressure’ and returning to the deal his predecessor abandoned,” Zarif wrote in a column published by Foreign Affairs magazine.

“If he does, Iran will likewise return to full implementation of our commitments under the nuclear deal. But if Washington instead insists on extracting concessions, then this opportunity will be lost.”

Incoming US Secretary of State Tony Blinken told lawmakers earlier this week that Biden would revive the deal and use it as a “platform – with our allies and partners, who would once again be on the same side with us – to seek a longer and stronger agreement”.

But pro-Israel voices, including within the Democratic Party, have been urging the new administration to use sanctions as leverage against Iran to open negotiations over Tehran’s regional activities and ballistic missile programme.

Iran, however, maintains that it will not hold talks over subjects outside of the scope of the JCPOA before sanctions are lifted.

Biden has staffed his administration with many Obama-era diplomats who helped negotiate the pact, including Sullivan, who played a leading role in establishing early talks with the Iranian government in 2013. – Middle East Eye