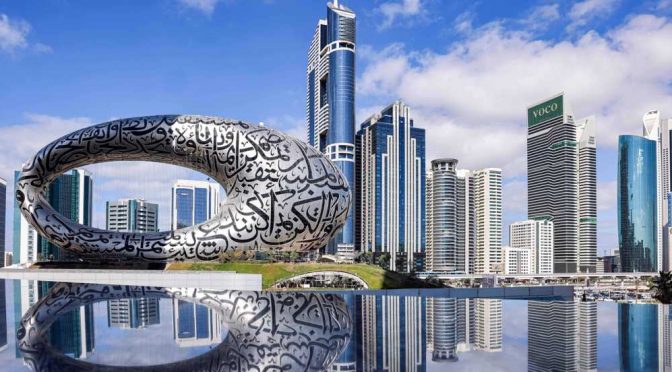 Sky scrapers and super cars festoon the UAE. These gleaming cars and superbly crafted structures have become symbolic of the inherent affluence and modernity which Abu Dhabi is most proud of. Beyond the confines of these glitzy structures and sublime automobiles the reality is completely different.

The COVID-19 pandemic has brought some ugly features of this dazzling desert land under the spotlight. Abandoned by the government and their employers, many blue-collar migrant workers are now sleeping rough on the streets of one the richest countries in the world.

Although migrant worker make up the backbone of the Emirati economy, comprising ninety percent of the population, reports coming out of the country are not encouraging.

But the country’s recent economic downturn has made life even harsher for these migrant workers as they have to sleep in parks beneath huge towers.

The Emirati government is a government that is not minded to pay attention to any kind of moral standards. This is a government that’s just fueled by greed, fueled by power, fueled by status, fueled by sustaining its own luxury. And it doesn’t believe that it has any duty to workers who have helped to create the wealth that they so lavishly enjoy. This is a systemic problem. It’s a problem of the lack of institutions in the United Arab Emirates, I don’t believe that United Arab Emirates is a real country. I don’t think any of these Gulf states are real countries, they are not countries governed by laws, that govern on the back of the whims and fancies of the royal palaces, the royal families, and those who are in power. And that’s the problem that we have. And so as I say this is now been exposed as corrupt, it is debased, and we need some kind of international intervention, these people can’t be allowed to wither on the vine.

By October 2020, more than 480,000 Indians, 60,000 Pakistanis and 40,000 Filipinos had been repatriated since the beginning of the coronavirus outbreak. But there are many workers out of work still in the country on a “no work, no pay” basis with their employers.

The Emiratis are shooting themselves in the foot because if this is exposed, people go in there see this level of poverty, then it will put people off going to Dubai, not everyone, but many people who would have gone to Dubai, If they see that their luxury is at the expense of human beings who don’t have anything to even feed themselves with and don’t have anywhere to sleep, people who enjoy the luxury don’t usually like be reminded of the people on the other side of the window who have nothing to prick their conscience, or at least it should. And so the Emirati authorities are shooting themselves in the foot if they think that this is a problem that they don’t have to attend to. They have a moral duty, you certainly have the money they have the wealth. The question is, do they have the moral suasion in order to deploy some of that wealth to help these people.

Jemeela Abdul Salam is one of the migrant workers living in Satwa Park in Dubai after losing her job as a house maid. She says, “The police are telling us to go to the embassy but the embassy can’t help either.” One man that has organized a food handout center says, “The common theme for many people is no work for months, lots of liabilities, no money for accommodation and living on one meal a day.” Satwa, a rubbish-strewn park in Dubai has now become a safe haven for many of these workers. The park also is a bitter reminder that there is no social safety net for blue-collar workers hailing from poor countries.

Dubai is a veritable heaven on earth for the rich and hell on earth for the poor who built it and exist to work in all the menial occupations that sustain it. It is an economy that is (reliant) on the tourist trade. And with COVID downturn and restrictions and lockdowns around the world that trade is being grievously affected. And so you’ve seen, 1000s and 1000s of migrant workers, recently kicked to the curb by the Emirati authorities who don’t give a damn about their well being. They don’t even give a damn about their humanity, they don’t see them as human beings, they just see them as nothing worse than cockroaches they have to be exploited. And so we’re seeing the, the, the, the exposure of the decadence and the hedonism that is a byproduct of Dubai, for which Dubai is notorious. You have seen at the other end of that the human despair. That is the inevitable byproduct, whether we’re talking Sodom and Gomorrah or we are talking Las Vegas all these fleshpots around the world throughout history have shown, In the last analysis, human despair and Dubai is doing the very same right now.

The shrinking economy of the UAE has so far been translated into massive unemployment, unpaid wages through failing businesses or wage theft. For the migrant workers remaining in the country this means forced homelessness and destitution, whereas for their local employers, it means saving millions of dollars.

In one of its reports last October entitled Migration, in Reverse, The Washington Post wrote: “In the UAE, for the first time in recent memory, residents saw desperate migrants begging for food or money in the streets. Others began bartering their possessions for groceries and other necessities on Facebook groups, or waiting in long lines for provisions offered by charities. Some say they are unable to pay for flights home or cannot bear the thought of leaving with little or nothing to give to their families.”

This is a one trick pony in terms of its economic model, it is based on tourism, Dubai was created as a watering hole in the desert, a big flesh pot in the desert. It has been inordinately successful over the years, but it’s very vulnerable any seismic shocks, such as a pandemic, such as a global economic crisis, and so the two of those things are now meeting at a point of critical mass, as a perfect storm, and Dubai is in the cross-hairs of that perfect storm because its economic model is rooted in tourism. And when people are not travelling and spend the money when they can’t open the bars and the hotels and the clubs, then the economy collapses and that’s what’s happening right now. A lot of the Westerners have bought properties over there. They’ll be feeling the pinch, the value of the properties will be going down, a lot of them buy properties to rent out to holidaymakers, so it goes right down the chain. But at the bottom of the chain are these poor migrant workers who have no other resources, other than what they get paid when they turn up for work. There’s no work available, the employers have kicked them out. The authorities [do not want to do anything] or step in at this at this juncture, and so I think the whole rotten edifice is coming crumbling down in front of our eyes.

What has worsened the situation for millions of migrant workers is not just the pandemic but Abu Dhabi’s irresponsibility to protect their rights. Many of these workers fear to protest because their employers have threatened to revoke their visas.

According to a Pakistani driver, “They are paying us zero money. But what will we do? If we say anything they will cancel our visa, send us back to Pakistan.”

These people are seen as being sub humans in the scheme of things, and therefore the humanity can be dismissed out of hand as a result. Racism is a big problem in that region of the world … these migrant workers coming from these poor countries, they’re treated as less than worthless, and only they have to be exploited in the interests of the wealth and the privileges of these Royal Courts. It is a big problem, it has been a problem for decades, for years and years and years and years, for generations even, and it’s manifesting right now in front of our eyes in the 21st century, it is a real disgrace. And it’s an international scandal. And I do think that Western governments have to look at themselves for the way that they do their best to gain contracts, strike trade deals and so forth and sell weapons to that region.

Skyscrapers may give a land the appearance of modernity, but what makes it really civilized depends on what is going on beneath the skyscrapers.

Press TV is Iran’s first 24/7 international television news network that broadcasts in English. It started broadcasting in earnest in June 2007. Press TV has strong workforce s at its headquarters in Tehran, including journalists (comprising personnel at the Newsroom, Website, Tehran Bureau, Programs, and Documentary departments). Five bureaus in the world’s most important cities, namely London, Beirut, Kabul, Damascus and Baghdad, help Press TV to not just report international news faster but to report them more accurately.