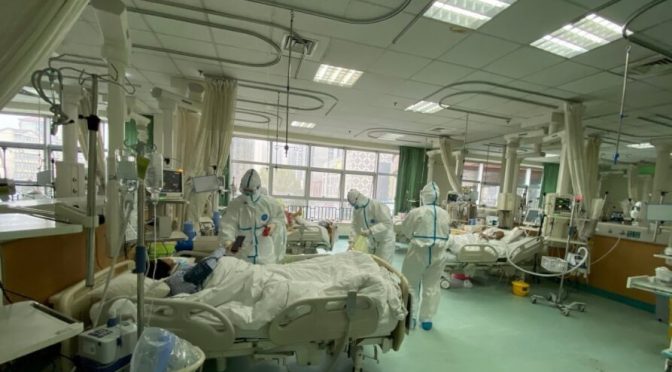 See this, this and this.

Dr. Malone shares his calculations Based on CDC/VAERS data:

Females 12-17 years of age are 72% more likely to die from the vaccine than from Covid.

Here is another report that cannot be verified or refuted because the tyranny under which Western people live will not allow the report to be acknowledged.

According to this report, Asians have switched from vaccination to Ivermectin.

Unfortunately, the Western world has a media that suppresses dissenting views instead of bringing them into  public debate.  The only thing most Western people hear are the lies that serve establishment interests.  Western peoples are in every sense blinded by a Ministry of Propaganda.

The lying scum presstitutes, medical bureaucrats, and shills who are paid to lie for Big Pharma are trying to claim that the case surge in vaccinated countries is the new “Delta variant” while simultaneously claiming that the vaccines protect against the “Delta variant.”

CDC director Rochelle Walensky claims falsely that “if you are fully vaccinated you are protected against severe COVID, hospitalization and death, and are even protected against the known variants, including the delta variant, circulating in this country.”  Independent scientists are suggesting that the surge in cases among vaccinated countries is caused by the vaccine itself which releases the Spike Protein into the body as does the virus.  The presstitutes continue to hide the facts, and independent experts sounding alarm continue to be censored, ridiculed, and threatened with firings.

An unfolding health catastrophe is being covered up as it happens before our eyes.

Here is a report claiming deaths are seriously under-reported by VAERS.  As the print, TV, and NPR media are 100% unreliable along with a high percentage of the Internet media, it is difficult to know what to make of this report.

Here is a great amount of expert information about the so-called Covid vaccines and their very real dangers: see this.

A month ago I posted Dr. Robert Malone’s concern about the dangers the vaccines present to many elements of the population.

The grave problem that we face is that almost the entirety of the medical profession, governments, and media are invested 100% in the hype that the vaccines are the answer. They continue to call the high and rising number of deaths and adverse effects of the vaccines “rare.”

They are now blaming the astonishing number of new cases among heavily-vaccinated populations on a mutation or new variant. It is beyond their capability to consider if the vaccine itself is the cause of the new outbreak.  People this culpable in mass deceit, murder, and injuries are incapable of recognizing their mistake.  As incompetent or corrupt governments shielded the vaccine-makers from liability, there is no help for the families of those killed by the vaccine and no medical help for those injured by the vaccine.

As the corrupt medical establishment will not recognize the dangers of the vaccines, no research is being done about how to cure or ameliorate the health problems caused by the vaccines.  Instead, the health establishment continues to press forward with vaccination with many employers and universities mandating vaccination and the fool in the Oval Office wanting to send agents door-to-door to vaccinate “anti-vaxxers.” France and Greece are trying to impose Covid Passports in order to coerce their entire populations to accept vaccination with an untested, experimental, and now proven highly dangerous vaccine. Biden Demands Facebook Silence Everyone Who Questions Covid Vaccine —  see this.

We are everywhere witnessing the complete and total failure of government and public health bureaucracies.

Some doctors and scientists are concerned that the Spike proteins in the vaccines that attack the body’s vital organs will result in a high percentage of those vaccinated dying within three years, with the consequence being the collapse of societies.  Indeed, it could be too late to retrieve the situation, and the establishment is in total denial.