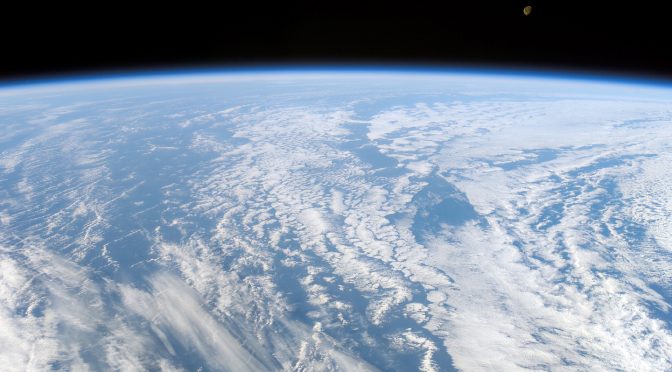 Switzerland wants the world to talk about if and how to use untested technology that tampers with nature to slow climate change – and will ask the UN’s environment arm to take the lead.

Geoengineering techniques that reflect away sun rays and suck carbon from the atmosphere have long been talked about as last-resort solutions to stem the worst effects of climate change.

But as greenhouse gas emissions remain stubbornly high and geoengineering research gets underway, there is growing concern these technologies could be deployed without protections against their serious risks – and that the prospect of a technofix will be taken as a license to keep on polluting.

To kickstart the conversation, Switzerland will introduce a resolution at the UN Environment Assembly in Kenya in mid-March, calling for an assessment of the potential methods and governance frameworks for each one by August 2020. It would be an early step towards an international system for regulating the suite of technologies.

“There is a risk that geoengineering could be applied by someone without any international control, and we are very concerned about that,” Franz Perrez, head of the international affairs division at Switzerland’s Federal Office for the Environment, told Climate Home News. “Some are already testing solar radiation management, scientific research is already going on. We cannot close our eyes anymore and say ‘This is only science fiction’.”

Geoengineering refers to a wide range of techniques for modifying the climate system, from planting trees to fiddling with clouds.

Untested technologies to manage solar radiation – essentially, dim the sun –  pose the biggest concerns. Ideas include releasing aerosol particles from airplanes to reflect sunlight away (mimicking the effects of volcanic eruptions) and spraying seawater drops into clouds to make them more reflective. But they could also change weather patterns, disrupting agriculture and exacerbating geopolitical tensions.

And if this is not accompanied by emissions reductions, more will be needed to sustain the temperature effect – “practically forever”, Douglas MacMartin, a leading geoengineering scientist working at Cornell University and Caltech, told a Chatham House conference in London last week.

Yet with government oversight, it may be preferable to runaway global warming.

“You would not take chemotherapy drugs just for fun, you would not sit in your car and set off your airbags just for fun,” MacMartin said. “There are clearly serious challenges to solar geoengineering, but they only make sense to face in context with the challenges of climate change itself.”

Better-known options, which remove CO2 from the air, include afforestation and combining biomass power plants with technology to catch and store their emissions (known as BECCS). But even simple interventions like tree-planting may call for international rules to ensure that emissions cuts in one place aren’t cancelled out somewhere else.

Attention to geoengineering is growing as the global temperature remains on course to rise by at least 3C compared to pre-industrial levels. The UN’s panel of climate scientists suggested last October it would be difficult to meet the Paris Agreement’s stretch limit of 1.5C without some of these more radical techniques.

“The reality is that [carbon dioxide removal] is no longer a question of whether or not [according to the UN science report]. It’s which one, which technology, how much, when do you start, who pays for it,” said Janos Pasztor, executive director of the Carnegie Climate Geoengineering Governance Initiative and the former UN assistant secretary-general on climate change.

“But there has been very little debate [about solar radiation management] in the circles beyond scientists… it’s still looked at as esoteric, science fiction, crazy, difficult, challenging – and all of those things apply,” he told CHN at the Chatham House conference.

For some, however, geoengineering is so dangerous that it should be banned altogether.

It could worsen the climate, be weaponised and exacerbate geopolitical imbalances, said Silvia Ribeiro, Latin America director at ETC Group, an organisation that looks at socioeconomic and ecological issues around new technologies. “Investments in geoengineering are already providing justifications for high greenhouse gas emitters to continue emitting and postpone real reductions.”

The UN has so far taken a cautious, piecemeal approach. Th 190-plus parties to its Convention on Biological Diversity extended a moratorium on all climate-related technologies in 2016, while a 2013 convention on marine pollution prohibited geoengineering of the oceans. The UN’s climate change secretariat regulates global emissions accounting, including from forestry and bioenergy.

Perrez countered that the country wants the UN Environment Programme to assess the state of the science and the research gaps, the risks, benefits and uncertainties, the actors working on research and deployment, and how it could all be governed. Then, he said, countries can start talking about what to allow and how.

But the way emissions are going now, “it’s hard to say that it will not be needed”, Pasztor said, referring to CO2 removal. “The reality is that emissions reductions alone are no longer enough, because we have already put so much carbon into the atmosphere that even if we stop today we’re still going to keep this climate change for hundreds of years.”

The original source of this article is Euractiv Copyright © Sara Stefanini, Euractiv, 2021

2 thoughts on ““Geoengineering Governance” on the UN Agenda”