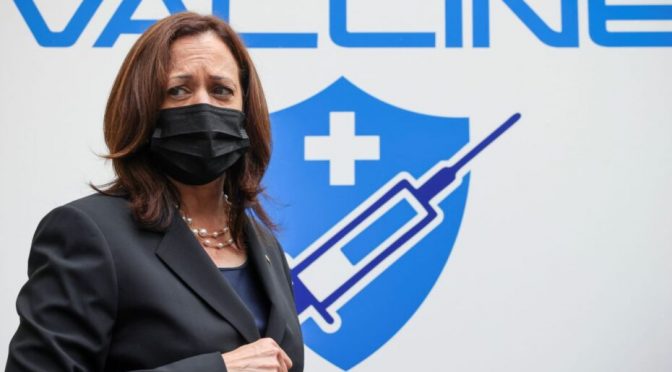 Given that so many medical voices have expressed concern about the mandatory vaccine mandates, why is the media not balancing their reporting with a healthy modicum of skepticism, as one would expect to find?

With each passing day, politicians around the world increasingly believe it is within their purview to force their subjects to make a choice between getting a vaccine and putting food on the table. This political overreach, however, constitutes a dangerous threat to liberty and freedom that should give everyone tremendous pause.

Let’s start by stating something that most people could agree on: the human body represents the ultimate ‘personal property,’ a sacred temple that no outside power should be permitted to touch without our unforced consent. ‘My body, my choice,’ as the expression goes. Yet this ‘last frontier’ of ownership is now being grossly violated as politicians, appearing to be taking their marching orders from Big Pharma instead of their constituents, are demanding people roll up their sleeves for an injection or lose their livelihood.

Monday, September 27 is the day when thousands of unvaccinated New York health workers, who have served tirelessly on the frontline against the Covid pandemic, will be forced under Joe Biden’s vaccine mandate to receive a jab or lose their jobs.

“To all the healthcare providers, doctors and nurses in particular who are vaccinated, I say thank you. Because you are keeping true to your oath,” Democratic Governor Kathy Hochul told reporters in an apparent reference to the Hippocratic oath, which never mentioned mandatory vaccine regimes. “To those who won’t, we will be replacing people.”

That very same shocking disregard towards the unvaccinated, who have opted out of the mandate for a variety of personal reasons, not least of all natural immunity, which, for some reason is no longer discussed as a viable means of viral prevention, is playing out in countless silent tragedies across the country. This draconian approach, which makes vaccines compulsory for millions of federal employees and contractors, as well as businesses with over 100 employees, is not limited to the United States.

10’s of thousands of unvaccinated healthcare workers are set to be fired in New York City tomorrow.

Please pray for them. We are losing our humanity.

Italy, for example, has gone full blown Mussolini, forcing out private and public employees who have not received at least one shot of the Big Pharma magic juice. In an effort to prevent lawsuits, however, businesses are being discouraged from formally firing employees, opting instead to withhold their vital paychecks until the worker complies with the demand. In former times such an ‘incentive’ was known as arm-twisting and blackmail.

And just like in Joe Biden’s authoritarian land of milk and money, even those Italians who have suffered in the past from a bout of Covid and therefore have antibodies must still get one dose. This will qualify them to receive a ‘green pass’ smartphone app, which, aside from allowing them to enjoy all of the cultural wonders Italy has to offer, arguably violates privacy laws through its alleged tracking abilities. Aside from the concern of civil rights groups, police officers are also coming forward to speak out against the government mandate.

Nunzia Alessandra Schilirò, a senior Italian policewoman, broke rank on the weekend when she joined a demonstration as “a free citizen.” Speaking from the stage in Piazza San Giovanni in Rome, Schilirò told the assembled crowd, “I’m here to disagree with the green pass, which is absolutely incompatible with our Constitution. No right can be subordinated to a green certificate.” The National Association of Police Officers, however, which represents Italian police, urged the policewoman to resign “for consistency.”

Meanwhile, in France, President Emmanuel Macron has ushered in his own power grab with a ‘pass sanitaire,’ which requires over 2 million people employed in the medical field – hospital staff, ambulance drivers, nursing home employees, private doctors – to either get the vaccine or leave their posts. Much like Italy’s ‘green pass,’ the French must present the application to gain entry to restaurants, cafes, mass transportation, museums, among other venues. Whether this is just a warm up for more restrictions nobody knows.

Now one might imagine, given this very aggressive push by government officials on behalf of fulfilling vaccine mandates, that these pharmaceutical drugs carry nothing but candy-coated sunshine for the recipients. If only that were true.

The latest UK Adverse Reactions and Fatalities to 8th September following the experimental Covid-19 injections shows a total of 1,645 deaths now reported by the MHRA (Medicines and Healthcare products Regulatory Agency), in addition to 1.2 million injuries suffered by over 361K people (an average of 3.3 injuries per recipient) following the administration of these injections. A person needn’t be a ‘conspiracy theorist’ or ‘anti-vaxxer’ to look at those numbers with some degree of alarm, and even more so when it is believed that the number of deaths and injuries are being massively underreported. Chances are high, however, given the media’s shyness about discussing such unsettling things, that few people know anything about the possible risks associated with the vaccines.

And here is where the situation is becoming increasingly untenable for people who simply want to hear a ‘second opinion’ about these vaccinations: second opinions are simply not allowed, period, and the person who dares utter them are immediately dispatched to the memory hole. This ugly trend is not going unnoticed. Facebook and Twitter are littered with such casualties, while Google does a great job burying the evidence in its virtual backyard. Yet, lest we forget, silencing critics is not the way medical science has evolved over the millennia.

Scientists have traditionally welcomed, and the public always demanded, alternative ideas and opinions when it comes to recommending treatment for illnesses. Indeed, the idea of ‘getting a second medical opinion’ for everything from dental work to heart surgery is such a popular notion that it is practically a cliché. Among medical professionals, had ‘second opinions’ been shunned, doctors would still be bloodletting to cure hypertension, for example, and conducting operations amid unsterile conditions. Once it becomes unacceptable to question the medical authorities then that’s when scientific inquiry will grind to a dramatic stop. And that seems to be exactly where humanity presently finds itself today in its battle against coronavirus, which is also a battle between doctors, although just one side gets all of the press.

Consider that not even the views of Robert Malone, MD – whose groundbreaking work paved the way for the development of mRNA vaccines now being used to fight Covid – are being considered as governments the world over are pushing ahead with their compulsory vaccines.

In August, the Atlantic ran a typically critical story on the doctor, which portrayed him as some kind of conspiracy theorist who hangs on street corners with pro-Trump sleazy types, like Steve Bannon, Glenn Beck and Tucker Carlson. Deep in the article, however, and only after exhausting many paragraphs deconstructing the character of Dr. Malone, does writer Tom Bartlett finally get around to discussing WHY Malone expresses hesitation over the vaccine mandates: “Malone may keep company with vaccine skeptics, but he insists he is not one himself. His objections to the Pfizer and Moderna shots have to do mostly with their expedited approval process and with the government’s system for tracking adverse reactions,” Bartlett writes as though under observation. “Speaking as a doctor, he would probably recommend their use only for those at highest risk from COVID-19. Everyone else should be wary, he told me, and those under 18 should be excluded entirely….Malone is also frustrated that, as he sees it, complaints about side effects are being ignored or censored in the nationwide push to increase vaccination rates.”

In fact, these are exactly the extremely pertinent questions that nobody – not even top medical authorities – are permitted to so much as whisper in polite society, and despite the fact that they are essential for people to formulate an opinion as to whether they want to take the vaccines or not (assuming that will remain a choice in the future).

Instead, the media dutifully fills the airwaves with unfiltered pro-vaccine voices, like that of Moderna CEO Stéphane Bancel, who told the Swiss newspaper Neue Zuercher Zeitung that things might get back to normal in a year – with more vaccines and boosters, of course.

“If you look at the industry-wide expansion of production capacities over the past six months, enough doses should be available by the middle of next year so that everyone on this earth can be vaccinated,” he told the newspaper in an interview, as reported by Reuters. “Boosters should also be possible to the extent required.”

Vaccinations may also soon be available even for infants, he said casually, with no small conflict of interest in the matter.

“You can either get vaccinated and have a good winter,” Bancel said. “Or you don’t do it and risk getting sick and possibly even ending up in hospital.”

The question at this point should be: given that so many medical voices have expressed concern about the mandatory vaccine mandates, why is the media not balancing their reporting with a healthy modicum of skepticism, as one would expect to find? If the vaccines being promoted in the West are safe and effective, why are skeptical voices not allowed to be entertained, even for the cheap thrill of dissecting these outrageous views as monkey science? The refusal of the pro-vaccine mandate crowd to entertain alternative opinions on defeating the pandemic is getting hard to explain without jumping to some regrettable conclusions.

Long before Covid exploded on the scene, people had long come to expect second opinions from the medical authorities when it comes to choosing the best treatment, especially when invasive procedures i.e. injections are involved. The fact that many politicians, captains of industry and journalists actively shun this necessary democratic function known as rational discussion and debate, the authorities have only themselves to blame for the high rate of vaccine hesitancy. The authorities have become their own worst enemies at the worst possible time.