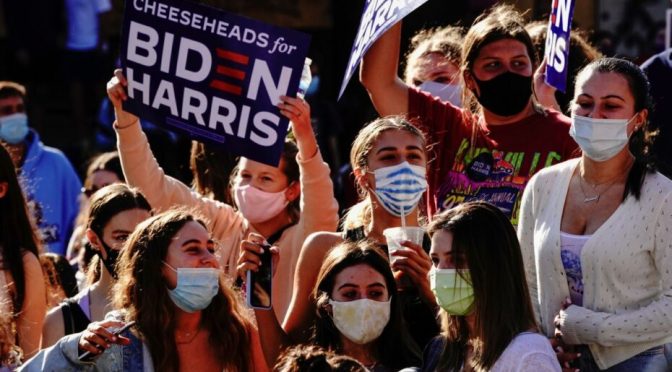 There is a growing broad consensus that the West is reaching its own event horizon or has perhaps already fallen into the abyss. This overwhelmingly diverse group of ideological camps, politicians and media pundits who want to avert disaster continue to sputter, searching for…

,,, answers and doubling down on their own assuredness that the core of their value system is still right, it is merely being downtrodden by a parade of Postmodern freaks. But the real crisis is rooted in what made the West “great” in the first place, its belief in Individualism which is the backbone of the Liberalism that most of humanity lives under.

Complaining about the “degradation” of society gets louder with each year as the average Western man becomes more depressed, sexless, drug addicted, emasculated, jobless, debt ridden and utterly hopeless. The response to this steady decay over the decades following WWII has mostly been a lot of finger wagging.

Those that want to save the West are very good at pointing out all the bad things that are happening, but their attempts to beg or guilt trip the next generation into holding on to traditions with no system of apologetics to explain them is completely futile.

The ultimate reason why Conservatives, Traditionalists (Western TradCons), Republicans, the Alt-Right, the Red Pill, Team Trump and so on continue to lose is that they firmly believe in the idea that the individual is sacred and that no government, and to a greater extent no one, should tell this blessed individual what to do. Yet this same group is eternally surprised that raising people in a system that can never tell them “no” turns society into spoiled narcissistic hedonistic adult children.

The Consumer Economy that we have all become used to is essentially a Hedonism machine. The “Free Market” adapts to our desires yet there is no mechanism in place to keep us in check when our desires are wrong. In fact we really always see meeting demand as a good thing, but perhaps some of our sinful animalistic desires are best left unfulfilled.

There is no longer any arbiter to tell us not to do anything. Excluding some violent desires, everything that we want we can get with no thought to the future or how it affects society. The market meets our demands, but many of the things we want are from our own sloth and gluttony.

The freakshow at your average Midwestern Wal-Mart is the perfect example of this tendency, where no one can tell us not to eat processed garbage, or be dressed publicly in sleepwear. Perhaps there are some economic penalties to becoming so obese that one cannot walk but the individual in his sanctity can never have the cheeseburger slapped out of his hand or be cast out from society for becoming, by choice, an abomination.

The sanctity of the Individual probably did create the great passionary leap that thrust the world into and through the Industrial Revolution. Perhaps the European of old was too tied to the land, too bogged down by authority and too restrained by unquestioned traditions. This rise of the Sacred Individual did not happen by accident.

Liberalism (the political system that puts the individual as the subject) was like the salt added to a bland European Feudal soup. Adding this salt of Individualism made the soup taste better and so we continued adding more and more salt, convinced that “more salt = tastes better’. The problem is that people do not seem to understand that when you are looking at a bowl filled with wet salt with no soup left it is time to stop adding it.

In our Postmodern world, with the feelings of the individual placed on the highest pedestal above all else the words “Life, Liberty, and the Pursuit of Happiness” have been twisted from their original righteous intent, rejecting the invisible yoke of Medieval Europe, into the justification for all that is wrong with society. The average person sees their life as the only thing that matters, society, family, and anything else greater than them be damned.

“Liberty” means that no one can tell us what to do, no one can slap the junk food out of our mouths, make a boy “act like a man”, or in any way push us to something greater. The “Pursuit of Happiness” has become the temporary fulfillment of our hedonistic delights and an economy that meets our demands even those most vile and destructive.

Furthermore, if we all pursue our individual happiness, without even a thought of something greater than ourselves then how can we expect to live in a society with a solid culture? We can naively blame weird people with strange hair colors for the ills of the West, but it is really unchecked Individualism and Life, Liberty, and the Pursuit of Happiness that are killing the West.

The very principles that made the West great are those that are nailing its coffin shut.

The broad spectrum of pro-Western political viewpoints mentioned above is stuck in a death cycle of clinging to its Liberalism constantly yet howling about the negative consequences of it. They cry about falling birthrates and the death of the family and yet generally advocate for living for yourself and building a career or not taking the risk on marriage after all “she could take half your stuff”.

They want people to make sacrifices for their nation in spite of all of us being indoctrinated into a cult of Hedonism and “looking out for #1”. They want women to be feminine and men to be masculine, which are ideals to strive for that serve little purpose when you spend your adult life alone in your one-bedroom apartment, and when there is no means of enforcing any standard onto people in the first place.

This group complains about the rampant narcissism in society but makes it clear that no one can tell anyone what to do. The “solution” to everything of adding more Liberalism is really the cause of our suffering.

Rampant “me culture” was the poison to society that all of our traditional religions fought to keep in check for the future of humanity, but since religion is now a personal choice they have essentially lost that war forever.

The Tea Party, Trump, Dennis Prager, the Evangelicals, the Catholics, the Red Pill, and every other possible organization that stands for the West will somehow have to accept that in order to live in the West they want they will have to paradoxically reject the origin of its recent greatness.

To the extent that the medieval peasant needed a shot of Individualism to rise from his meaningless cycle of existence, the Postmodern man needs a shot of the traditional values that kept the peasant working in the fields – productive, masculine, loyal, married with children and filled with ideas of something greater than himself perhaps worth sacrificing for.

If the Right in the West does not answer the call to some level of Illiberalism, it will fade away into the night wrapped in a warm blanket of smug self-assuredness that the Individual is the Alpha and the Omega.