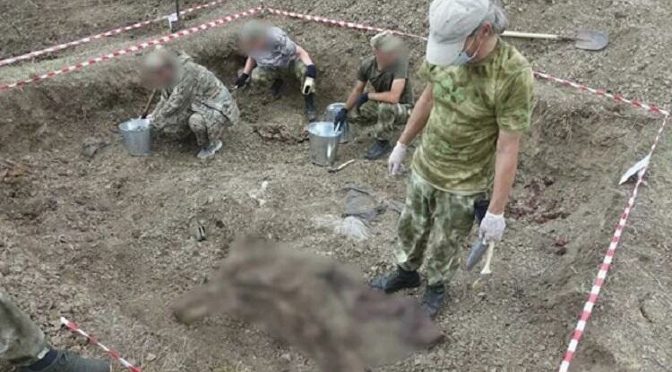 The Empire doesn’t care about the Ukrainians anymore than they care about the people in their own countries. It is about maintaining control over humanity.

The current situation in Ukraine has once again invigorated the lying Western media and sent them into an anti-Russian frenzy. For the last two years the media has been enthusiastically pushing the genocidal Covid narrative on behalf of the Globalist faction. Whatever doubtful credibility they had prior to Covid they have destroyed with their relentless lies.

With an astonishing lack of self-awareness they are now pushing the anti-Russian narrative like the unprincipled mindless hacks that they are. Ignoring both facts and context they are relentlessly promoting war propaganda to justify this hostility to their own beleaguered populations.

The unfortunate reality is that despite unprecedented distrust in the media that propaganda works. Anti-Russian sentiment is rising throughout the West. We have witnessed the same phenomena with the rabid anti-China narrative emanating from Western governments and their client stenographers in the media. The message is clear, unless you are a pliant puppet of the Anglo-American empire, then obviously you are evil and must be destroyed.

The truth of course is deeper, the real war the Globalists are fighting is against the citizenry of every country on earth. As the Covid atrocity is being rapidly exposed the repression of the people is the only option open to the New World Order Davos cabal. As has always been the case, a war abroad is the best excuse to impose tyranny at home. The Western Neo-liberal governments of America, Canada, Australia and most of Europe cannot afford to be removed from power.

The full anger of the people will be unleashed full power against those who imposed the Genocidal Covid lie upon them. Trudeau, Macron et al will be held to account (one way or another) for their pivotal roles in this atrocity. They cannot allow that to happen, they have too much to lose.

The tragic and unnecessary conflict in the Ukraine can be viewed as the “Great Reset War”. Although targeted towards Russia for media purposes, its real objective is the further subjugation of the peoples of their own countries. The Western Neo-liberal agenda is failing on every front, economically, socially and morally.

The Cabal has destroyed the once prosperous and free societies that they governed. The dystopian future that they have planned for the world is now plain for all to see. It has been on display in Canada and Australia, New Zealand and throughout Europe. It is a prospect that should alarm everybody.

“The Great Reset” is the Cabal’s way of ensuring that the same Globalists who plunged the world into chaos are still in charge after the coming inevitable collapse. The Green agenda and the 4th industrial revolution are about de-industrialising the world and destroying successful industrial competitors such as Russia and China. Not surprisingly, neither Russia or China, along with India and Iran are going along with this insidious plan.

They are not alone, many countries from Africa, South America and Asia are also gravitating more towards the Russian/Chinese orbit. All have good reasons to be distrustful and angry at the Empire. The Cabal is weak and failing, it has created powerful enemies who are formidable obstacles to the New World Order and the Great reset. Expect this to embolden other countries to resist the Empire’s plans.

The Empire doesn’t care about the Ukrainians anymore than they care about the people in their own countries. It is about maintaining control over humanity. President Putin is not in essence fighting the Ukraine, he is fighting the N.W.O. And that is everyone’s fight. The battle being waged by the West is for the minds of the Western people so they can justify the imposition of further tyranny.

Until recently, President Putin has demonstrated incredible restraint, despite the incessant lies and aggression he has pursued peace and diplomacy. This has not been reciprocated, it has been meet with more lies and provocations. It has been faced with only two options, capitulate or resist, he has resisted. Russia’s fight is the fight of all peoples who value freedom and resist tyranny.

We are all Russians now.

2 thoughts on “The War on Humanity…”