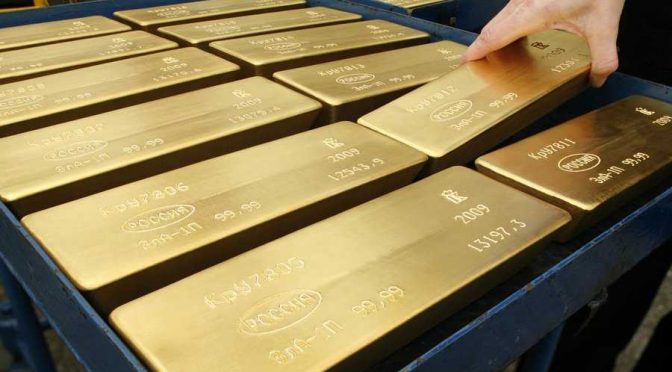 The “rules-based international order” – as in “our way or the highway” – is unraveling much faster than anyone could have predicted.

The “rules-based international order” – as in “our way or the highway” – is unraveling much faster than anyone could have predicted.

The Eurasia Economic Union (EAEU) and China are starting to design a new monetary and financial system bypassing the U.S. dollar, supervised by Sergei Glazyev and intended to compete with the Bretton Woods system.

Saudi Arabia – perpetrator of bombing, famine and genocide in Yemen, weaponized by U.S., UK and EU – is advancing the coming of the petroyuan.

India – third largest importer of oil in the world – is about to sign a mega-contract to buy oil from Russia with a huge discount and using a ruble-rupee mechanism.

Sanction blowback is on the offense. Even a market/casino capitalism darling such as uber-nerd Credit Suisse strategist Zoltan Poznar, formerly with the NY Fed, IMF and Treasury Dept., has been forced to admit, in an analytical note:

“If you think that the West can develop sanctions that will maximize the pain for Russia by minimizing the risks of financial stability and price stability for the West, then you can also trust unicorns.”

Unicorns are a trademark of the massive NATOstan psyops apparatus, lavishly illustrated by the staged, completely fake “summit” in Kiev between Comedian Ze and the Prime Ministers of Poland, Slovenia and the Czech Republic, thoroughly debunked by John Helmer and Polish sources.

Poznar, a realist, hinted in fact at the ritual burial of the financial chapter of the “rules-based international order” in place since the early Cold War years: “After the end of this war [in Ukraine], ‘money’ will ‎never be ‎the same.” Especially when the Hegemon demonstrates its “rules” by encroaching on other people’s money.

And that configures the central tenet of 21st century martial geopolitics as monetary/ideological. The world, especially the Global South, will have to decide whether “money” is represented by the virtual, turbo-charged casino privileged by the Americans or by real, tangible assets such as energy sources. A bipolar financial world – U.S. dollar vs. yuan – is at hand.

There’s no surefire evidence – yet. But the Kremlin may have certainly gamed that by using Russia’s foreign reserves as bait, likely to be frozen by sanctions, the end result could be the smashing of the petrodollar. After all the overwhelming majority of the Global South by now has fully understood that the backed-by-nothing U.S. dollar as “money” – according to Poznar – is absolutely untrustworthy.

If that’s the case, talk about a Putin ippon from hell.

As I outlined the emergence of the new paradigm, from the new monetary system to be designed by a cooperation between the EAEU and China to the advent of the petroyuan, a serious informed discussion  erupted about a crucial part of the puzzle: the fate of the Russian gold reserves.

Doubts swirled around the Russian Central Bank’s arguably suicidal policy of keeping assets in foreign securities or in banks vulnerable to Western sanctions.

Of course there’s always the possibility Moscow calculated that nations holding Russian reserves – such as Germany and France – have assets in Russia that can be easily nationalized. And that the total debt of the state plus Russian companies even exceeds the amount of frozen reserves.

But what about the gold?

As of February 1, three weeks before the start of Operation Z, the Russian Central Bank held $630.2 billion in reserves. Almost half –

$311.2 billion – were placed in foreign securities, and a quarter – $151.9 billion – on deposits with foreign commercial and Central Banks. Not exactly a brilliant strategy. As of June last year, strategic partner China held 13.8% of Russia’s reserves, in gold and foreign currency.

So no Russian gold has been frozen? Well, it’s complicated.

The key problem is that more than 75% of Russian Central Bank reserves are in foreign currency. Half of these are securities, like government bonds: they never leave the nation that issued them. Roughly 25% of the reserves are linked to foreign banks, mostly private, as well as the BIS and the IMF.

Once again it’s essential to remember Sergei Glazyev in his groundbreaking essay Sanctions and Sovereignty:

“It is necessary to complete the de-dollarization of our foreign exchange reserves, replacing the dollar, euro and pound with gold. In the current conditions of the expected explosive growth in the price of gold, its mass export abroad is akin to treason and it is high time for the regulator to stop it.”

This is a powerful indictment of the Russian Central Bank – which was borrowing against gold and exporting it. For all practical purposes, the Central Bank could be accused of perpetrating an inside job. And subsequently they were caught flat-footed by the devastating American sanctions.

As a Moscow analyst puts it, the Central Bank “had delivered some volumes of gold to London in 2020-2021. This decision was motivated by a high price of gold at that time (near $2000 per ounce) and could hardly be initiated by Putin. If so, this decision can be qualified as very stupid, or even part of a diversionist tactic (…) Most of the gold delivered to London was not stored but sold and transferred into foreign currency reserves (in euro or pounds) which were frozen later.”

No wonder a lot of people in Russia are livid. A quick flashback is in order. In June last year, Putin signed a law canceling requirements for the repatriation of foreign exchange earnings from gold exports. Five months later, Russia’s gold miners were exporting like crazy. A month later, the Duma wanted to know  why the Central Bank had stopped buying gold. No wonder Russia media erupted with accusations of “an unprecedented [gold] robbery”.

Now it’s way more dramatic: RIA Novosti described the American-dictated freeze as – what else – a “robbery” and duly predicted global economic chaos.  As for the Central Bank, it’s back on the gold buying business.

None of the above though explains some “missing” gold that de facto is not under the possession of the Russian Central Bank. And that’s where a somewhat shady character such as Herman Gref comes in.

Let’s check this out with State Duma deputy Mikhail Delyagin, who had a few things to say about the gold-exported-to-London bonanza:

“This process has been going on for the past year. Exported, according to some estimates, 600 tons. [Head of Russian Central Bank] Nabiullina said – whoever wants to sell gold to get cash, or if you mine gold and trade it, keep in mind that the state, in my person, will not buy gold from you at a market price. We will take it at a big discount. If you want to get honest money for it, please export it. The world center of gold trading is London. Accordingly, everyone began to export and sell gold there. Including Mr. [Herman] Gref. The head of the formally state-owned Sberbank sold a huge part of his gold reserves.”

Watch for the gold-backed ruble

It may be a case of too little too late, but at least the Kremlin has now established a committee – with authority over the Central Bank nerds – to handle the serious stuff.

It boggles the mind that the Russian Central Bank does not answer to the Russian constitution as well as to the judicial system, but in fact is subordinated to the IMF. A case can be made that this cartel-designed financial system – implying zero sovereignty – simply cannot be tackled head on by any nation on the planet, and Putin has been trying to undermine it step by step. That includes, of course, keeping Elvira Nabiullina on the job even as she duly follows the Washington consensus to the letter.

And that brings us back to the ultra high stakes possibility that the Kremlin may have wanted from the start to go no holds barred, forcing the Atlanticists to reveal their true hand, and exposing their system in a “The King is Naked” spectacular for a worldwide audience.

And that’s where the EAEU/China new monetary/financial system comes in, under Glazyev supervision. We can certainly envision Russia, China and vast swathes of Eurasia progressively divorcing from casino capitalism; the ruble reconverted to a gold-backed currency; and Russia focused on self-sufficiency, productive domestic investment and trade connectivity with most of the Global South.

Way beyond its confiscated foreign reserves and tons of gold sold in London, what matters is that Russia remains the ultimate natural resource powerhouse. Shortages? A little austerity for a little while will take care of it: nothing as dramatic as the national impoverishment under the neoliberal 1990s. And extra boost would come from exporting natural resources at premium discount prices to other BRICS and most of Eurasia and the Global South.

The collective West has just fabricated a new, tawdry East-West divide. Russia is turning it upside down, to its own profit: after all the multipolar world is rising in the East.

The Empire of Lies won’t back down, because it does not have a Plan B. Plan A is to “cancel” Russia across the – Western – spectrum. So what? Russophobia, racism, 24/7 psyops, propaganda overdrive, cancel culture online mobs, that don’t mean a thing.

Facts matter: the Bear has enough nuclear/hypersonic hardware to shatter NATO in a few minutes before breakfast and teach a lesson to the collective West before pre-dinner cocktails. There will come a time when some exceptionalist with a decent IQ will finally understand the meaning of “indivisibility of security”.