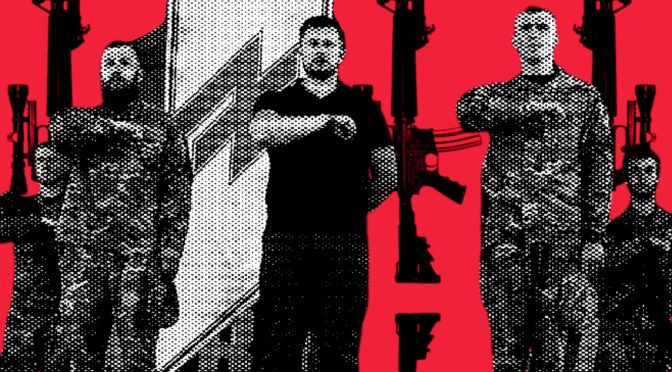 When a gruesome six-minute video of Ukrainian soldiers shooting and torturing handcuffed and tied up Russian soldiers circulated online, outraged people on social media and elsewhere compared this barbaric behavior to that of Daesh.

In a rare admission of moral responsibility, Oleksiy Arestovych, an adviser to the Ukrainian President, quickly reminded Ukrainian fighters of their responsibility under international law. “I would like to remind all our military, civilian and defense forces, once again, that the abuse of prisoners is a war crime that has no amnesty under military law and has no statute of limitations,” he said, asserting that “We are a European army” as if the latter is synonymous with civilized behavior.

Even that supposed claim of responsibility conveyed subtle racism, as if to suggest that non-westerners, non-Europeans, may carry out such grisly and cowardly violence, but certainly not the more rational, humane, and intellectually superior Europeans.

The comment, though less obvious, reminds one of the racist remarks by CBS’ foreign correspondent, Charlie D’Agata, on February 26, when he shamelessly compared Middle Eastern cities with the Ukrainian capital, Kyiv, stating that “Unlike Iraq or Afghanistan, (…) this is a relatively civilized, relatively European city”.

The Russia-Ukraine war has been a stage of racist comments and behavior, some explicit and obvious, others implicit and indirect. Far from being implicit, however, Bulgarian Prime Minister, Kiril Petkov, did not mince words when, last February, he addressed the issue of Ukrainian refugees. Europe can benefit from Ukrainian refugees, he said, because “these people are Europeans. (…) These people are intelligent, they are educated, people. This is not the refugee wave we have been used to, people we were not sure about their identity, people with unclear pasts, who could have been even terrorists.”

One of many other telling episodes that highlight western racism, but also continued denial of its grim reality, was an interview conducted by the Italian newspaper, La Repubblica, with the Ukrainian Azov Battalion Commander, Dmytro Kuharchuck. The latter’s militia is known for its far-right politics, outright racism, and horrific acts of violence. Yet, the newspaper described Kuharchuck as “the kind of fighter you don’t expect. He reads Kant and he doesn’t only use his bazooka.” If this is not the very definition of denial, what is?

That said, our proud European friends must be careful before supplanting the word ‘European’ with ‘civilization’ and respect for human rights. They ought not to forget their past or rewrite their history because, after all, racially-based slavery is a European and western brand. The slave trade, as a result of which millions of slaves were shipped from Africa during the course of four centuries, was very much European. According to Encyclopedia Virginia, 1.8 million people “died on the Middle Passage of the transatlantic slave trade”. Other estimations put the number much higher.

Colonialism is another European quality. Starting in the 15th century, and lasting for centuries afterward, colonialism ravaged the entire Global South. Unlike the slave trade, colonialism enslaved entire peoples and divided whole continents, like Africa, among European spheres of influence.

The nation of Congo was literally owned by one person, Belgian King Leopold II. India was effectively controlled and colonized by the British East India Company and, later, by the British government. The fate of South America was largely determined by the US-imposed Monroe Doctrines of 1823. For nearly 200 years, this continent has paid – and continues to pay – an extremely heavy price of US colonialism and neocolonialism. No numbers or figures can possibly express the destruction and death toll inflicted by Western-European colonialism on the rest of the world, simply because the victims are still being counted. But for the sake of illustration, according to American historian, Adam Hochschild, ten million people have died in Congo alone from 1885 to 1908.

And how can we forget that World War I and II are also entirely European, leaving behind around 40 million and 75 million dead, respectively. (Other estimations are significantly higher). The gruesomeness of these European wars can only be compared to the atrocities committed, also by Europeans, throughout the South, for hundreds of years prior.

Mere months after The North Atlantic Treaty Organization (NATO) was formed in 1949, the eager western partners were quick to flex their muscles in Korea in 1950, instigating a war that lasted for three years, resulting in the death of nearly 5 million people. The Korean war, like many other NATO-instigated conflicts, remains an unhealed wound to this day.

The list goes on and on, from the disgraceful Opium Wars on China, starting in 1839, to the nuclear bombings of Japan in 1945, to the destruction of Vietnam, Laos, Cambodia, in 1954, 1959, and 1970 respectively, to the political meddling, military interventions and regime change in numerous countries around the world. They are all the work of the West, of the US, and its ever-willing ‘European partners’, all done in the name of spreading democracy, freedom, and human rights.

If it were not for the Europeans, Palestine would have gained its independence decades ago, and its people, this writer included, would have not been made refugees, suffering under the yoke of Zionist Israel. If it were not for the US and the Europeans, Iraq would have remained a sovereign country and millions of lives would have been spared in one of the world’s oldest civilizations; and Afghanistan would have not endured this untold hardship. Even when the US and its European friends finally relented and left Afghanistan last year, they continue to hold the country hostage, by blocking the release of its funds, leading to actual starvation among the people of that war-torn country.

So before bragging about the virtues of Europe, and the demeaning of everyone else, the likes of Arestovych, D’Agata, and Petkov should take a look at themselves in the mirror and reconsider their unsubstantiated ethnocentric view of the world and of history. In fact, if anyone deserves bragging rights it is those colonized nations that resisted colonialism, the slaves that fought for their freedom, and the oppressed nations that resisted their European oppressors, despite the pain and suffering that such struggles entailed.

Sadly, for Europe, however, instead of using the Russia-Ukraine war as an opportunity to reflect on the future of the European project, whatever that is, it is being used as an opportunity to score cheap points against the very victims of Europe everywhere. Once more, valuable lessons remain unlearned.

Dr. Ramzy Baroud is a journalist and the Editor of The Palestine Chronicle. He is the author of six books. His latest book, co-edited with Ilan Pappé, is “Our Vision for Liberation: Engaged Palestinian Leaders and Intellectuals Speak out”. Baroud is a Non-resident Senior Research Fellow at the Center for Islam and Global Affairs (CIGA). His website is www.ramzybaroud.net