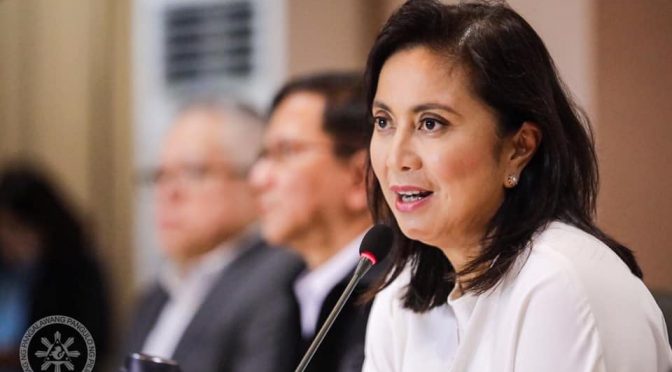 THIS may be the biggest surprise of the 2022 national election, which reached its climax yesterday.

During the 90-day election campaign, various Filipino columnists and journalists indulged in speculation and issued warnings that there may be one or two Manchurian candidates embedded among the many politicians who were vying for position in the presidential race.

Talk was rife that because of the Philippines’ ongoing dispute with China over their conflicting claims in the South China Sea and because of the attendant rivalry between China and the United States, China would expectedly put up and back its own candidate in the May election to forestall the rise of another Noynoy Aquino and China-bashing type of leader.

Strangely, when Election Day finally took place yesterday all over the archipelago, it was not a Manchurian candidate who turned up. Instead, an American candidate emerged for the showdown, and it was this candidate whom the CIA, its media fronts and big business tried the most to hawk to the electorate in a frenetic drive during the final weeks of the campaign.

This has become the subject of exposes and attacks of late in the Philippine press, particularly The Manila Times.

Meanwhile, Beijing’s candidate in the election, if there is one, is totally incognito. Which naturally makes the situation suspect.

“Manchurian candidate” entered the English language as a term to denote a person, especially a politician, who is being used as a puppet or proxy by a foreign government or foreign power. The term is commonly used to indicate disloyalty or corruption, whether intentional or unintentional.

“The Manchurian Candidate” was a 1959 political thriller by Richard Condon. The book details a conspiracy where a US soldier, Raymond Shaw, is captured during the Korean War and brainwashed by Chinese and Soviet agents. His brainwashing is later activated by the communists to lead Shaw to assassinate a US presidential candidate so that his running mate, Senator Iselin, would win overwhelming support. Iselin has been put in place by his power-broker wife (also Shaw’s mother) to install a Chinese communist dictatorship if elected. The highly convoluted plot led a reviewer for Time to suggest the book should be on a list of “Best Bad Novels.”

The book was turned into a film directed by John Frankenheimer and starring Frank Sinatra as Bennet Marco, Shaw’s platoon-mate who discovers the conspiracy.

United Artists, the studio behind the film, was wary about making a movie with such a controversial subject matter, but President Kennedy, who was a friend of Sinatra, appealed to the studio to have the movie made.

In 2004, Jonathan Demme directed another take on “The Manchurian Candidate,” starring Denzel Washington as Marco and Liev Schreiber as Shaw. In Demme’s version, Shaw is a US representative and vice-presidential candidate who can be mind-controlled by nanotechnology.

The original movie didn’t break even at the box office, but the term “Manchurian candidate” soon spread into public consciousness, and was used to charge a politician with seeking office as a foreign agent.

A number of more recent politicians in the US and abroad have been called Manchurian candidates.

The investigation into ties between Donald Trump’s presidential campaign and Russian president Vladimir Putin drew numerous comparisons to the novel and film “Manchurian Candidate.” The Atlantic, Huffington Post and Vanity Fair, among others, had all suggested Trump was a Manchurian candidate.

In the 2016 Philippine election, which installed President Rodrigo Duterte in office, there was speculation that he was a Manchurian candidate because of his pro-China worldview. It did not lift when he promptly declared his intent to wean the Philippines away from the US embrace and bring it closer to Beijing and Moscow.

When the Hollywood hype of a Manchurian candidate died down after the collapse of the Soviet Union and the end of the Cold War, interest swung back toward American hegemony in the world due to US interference in the politics of individual countries.

Three columnists in this paper have written on the subject of US interference in the current Philippine election.

Dr. Dan Steinbock, in an article published on May 2 (“Robredo’s proxy campaign”) called Robredo a proxy for the US, and exposed the extent of US funding and support for her candidacy.

He wrote: “Through her campaign, Leni Robredo has hoped to re-rebalance Manila toward Washington. In this quest, she has been supported by ex-Supreme Court justice Antonio Carpio, the vocal proponent of the ‘West Philippine Sea,’ and ex-foreign secretary Albert del Rosario, a millionaire businessman-politician. They are the key players in the liberal anti-China coalition.”

Steinbock called Robredo’s campaign a proxy effort as it was supported by media that were funded by the National Endowment for Democracy (NED) which is financed largely by the US Congress.

These supposedly independent Philippine media entities receiving NED funds include Rappler, the Center for Media Freedom and Responsibility (CMFR), the Philippine Center for Investigative Journalism (PCIJ), and to a lesser degree, Mindanews.

“Some $4.5 million of the NED total goes to non-media organizations, including the ‘Young Leaders for Good Governance Fellowship’ (YLGGY), which has netted $300,000. In the Philippines, it is depicted as a program of the Jesse Robredo Foundation, which honors Robredo’s late husband and is controlled by her family members. In the US, the YLGGY is promoted as a project of the International Republican Institute (IRI), one of the NED’s four subsidiaries,” Steinbock wrote.

Times columnist Rigoberto Tiglao flatly labeled Robredo a US puppet (“Do not vote for a US puppet,” May 6).

He believes this is the most important factor to consider in this election.

“In her servility to the US, Robredo will reverse President Duterte’s gains in developing our relationship with China — which turned out to be a lifesaver for us as it supplied us the anti-Covid vaccines at a crucial, early period — and resuscitate Aquino 3rd’s belligerent stance toward the emerging superpower,” Tiglao wrote.

On my part, I wrote a column on April 26, “US has meddled in foreign elections since 1948,” which recounted the history of US meddling in elections in other countries. I said that without doubt, the US through the CIA is interfering in the 2022 Philippine election, and its candidate is none other than Vice President Robredo.

Strangely, Robredo and her campaign has not denied this charge of US sponsorship of her candidacy.

Against the clear prohibition of foreign money interfering in national elections, there is the possibility that Robredo sought foreign funding for her campaign during her many visits to the US.

In a way, Robredo is lucky that the election has already taken place, and it is now too late to raise this charge of disloyalty to the nation against her. The headaches will come when the next government delves into the affairs of the Jesse Robredo Foundation.

She will probably claim, as she is wont to do, that this is all just fake news. Good luck with that.