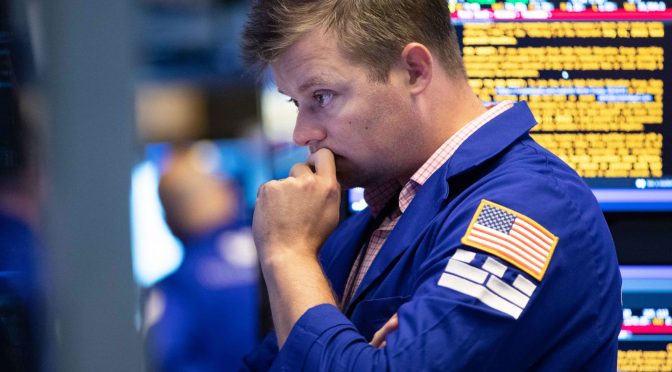 Sergey Lavrov used to compare the West to a wounded predator. According to him, it should not be provoked because it would be taken by madness and could break everything. It is better to accompany it to the graveyard. The West does not see it that way.

Washington and London are leading a crusade against Moscow and Beijing. They roar and are ready for anything. But what can they really do?

The G7 summit in Bavaria and the NATO summit in Madrid were supposed to announce the West’s punishment of the Kremlin for its “special military operation in Ukraine”. But, if the image given was that of Western unity, the reality attests to their disconnection from reality, their loss of audience in the world and ultimately the end of their supremacy.

While the West is convinced that what is at stake is in Ukraine, the world sees it facing the “Thucydides trap” [1]. Will international relations continue to be organized around them or will they become multipolar? Will the peoples who have been subjugated until now break free and gain sovereignty? Will it be possible to think differently than in terms of global domination and to devote themselves to the development of each individual?

The West has devised a narrative of the Russian “special military operation” in Ukraine that overlooks their own actions since the dissolution of the Soviet Union. They have forgotten their signing of the Charter for European Security (also known as the OSCE Istanbul Declaration) and the way they violated it by making almost all the former members of the Warsaw Pact and some of the new post-Soviet states join one by one. They have forgotten the way they changed the Ukrainian government in 2004 and the coup d’état by which they put Banderist nationalists in power in Kiev in 2014. Having made a clean sweep of the past, they blame Russia for all the ills. They refuse to question their own actions and consider, at the time, they were forced into power. For them, their victories make the Law.

To preserve this imaginary narrative, they have already silenced the Russian media at home.

No matter how much they claim to be “democrats”, it is better to censor dissenting voices before lying.

So they approach the Ukrainian conflict, without contradiction, by convincing themselves that they have the duty to judge alone, to condemn and sanction Russia. By blackmailing small states, they managed to obtain a text from the UN General Assembly that seems to prove them right. They now plan to dismantle Russia as they did in Yugoslavia and tried to do in Iraq, Libya, Syria and Yemen (Rumsfeld/Cebrowski strategy).

To do this, they began to isolate Russia from world finance and trade. They cut off its access to the SWIFT system and Lloyds, preventing it from buying and selling as well as transferring goods. They thought this would cause its economic collapse. In fact, on June 27, 2022, Russia was unable to pay a debt of $100 million and the rating agency Mody’s declared it in default [2].

But this did not have the desired effect: everyone knows that the reserves of the Russian Central Bank are full of foreign currency and gold. The Kremlin paid the 100 million, but could not transfer it to the West because of Western sanctions. It has placed them in an escrow account where they await their debtors.

Meanwhile, the Kremlin, which is no longer paid by the West, has begun to sell its production, especially its hydrocarbons, to other buyers, particularly China. The exchanges that can no longer be made in dollars are made in other currencies. As a result, the dollars that their customers used to use are flowing back to the United States. This process had already begun several years ago. But Western unilateral sanctions have accelerated it sharply. The huge amount of dollars accumulating in the US is causing a massive price increase. The Federal Reserve is doing everything it can to share it with the eurozone. The price increase is spreading at high speed across the entire Western European continent.

The European Central Bank is not an economic development agency. Its main task is to manage inflation within the Union. it cannot slow down the sudden rise in prices at all, so it tries to use it to reduce its debt. The Member States of the Union are therefore invited to compensate for the drop in purchasing power of their “citizens” by lowering taxes and providing benefits. But this is a never-ending circle: by helping their citizens, they tie their hands and feet to the European Central Bank, they chain themselves a little more to the US debts and become even poorer.

There is no remedy for this inflation. This is the first time that the West has had to mop up the dollars that Washington has recklessly printed for years. The rise in prices in the West corresponds to the cost of imperial spending over the last thirty years. Today and only today is the West paying for its wars in Yugoslavia, Afghanistan, Iraq, Libya, Syria and Yemen.

Until now, the United States killed anyone who threatened the supremacy of the dollar. It hanged President Saddam Hussein for refusing it and looted the Iraqi Central Bank. They tortured and lynched the leader Muamar el-Gaddafi who was preparing a new pan-African currency and looted the Libyan Central Bank. The gigantic sums amassed by these oil states disappeared without a trace. The only thing we saw was GI’s taking tens of billions of dollars wrapped in large garbage bags. By excluding Russia from dollar trade, Washington itself has brought about what it so feared: the dollar is no longer the international reference currency.

The majority of the rest of the world is not blind. It has understood what is happening and has rushed to the St. Petersburg Economic Forum, then tried to register for the virtual Brics summit. They realize -a little late- that Russia launched the “Partnership of Greater Eurasia”, in 2016 and that its Foreign Minister, Sergei Lavrov, had solemnly announced it at the UN General Assembly, in September 2018 [3]. During four years, quantities of roads and railroads were built to integrate Russia into the networks of the new “Silk Roads”, land and sea, imagined by China. It was thus possible to shift the flow of goods within a few months.

The fall in the value of the dollar and the shift in the flow of goods are causing an even greater rise in energy prices. Russia, which is one of the world’s leading exporters of hydrocarbons, has seen its revenues increase considerably. Its currency, the ruble, has never been in better shape. In response, the G7 has set a price ceiling for Russian oil and gas. It ordered the “international community” not to pay more.

But Russia is obviously not going to let the West set the prices of its products. Those who do not want to pay market prices will not be able to buy them, and no customer intends to go without to please the West.

The G7 tries to organize, at least intellectually, its supremacy [4].. This no longer works. The wind has changed. The four centuries of Western domination are over.

In desperation, the G7 has committed itself to solving the global food crisis that its policies have caused. The countries concerned know what the G7 commitments mean. They are still waiting for the great African development plan and other smoke and mirrors. They know that the West cannot produce nitrogen fertilizers and that they prevent Russia from selling theirs. The G7 aid is only a band-aid to keep them waiting and not to question the sacred principles of free trade.

The only possible option for the rescue of Western domination is war. NATO must succeed in destroying Russia militarily as Rome once razed Carthage. But it’s too late: the Russian army has much more sophisticated weapons than the West. It has already experimented with them since 2014 in Syria. It can crush its enemies at any time. President Vladimir Putin exposed the staggering progress of its arsenal to his parliamentarians in 2018 [5]

The NATO summit in Madrid was a nice communication operation [6]. But it was only a swan song. The 32 member states proclaimed their unity with the despair of those who fear to die. As if nothing had happened, they first adopted a strategy to dominate the world for the next ten years, naming China’s “growth” as a concern [7]. In doing so, they admitted that their goal is not to ensure their own security, but to dominate the world. They then opened the accession process for Sweden and Finland and considered approaching China with, as a first step, the possible accession of Japan.

The only incident, which was quickly brought under control, was the Turkish pressure that forced Finland and Sweden to condemn the PKK [8]. Unable to resist, the United States dropped its allies, the Kurdish mercenaries in Syria and their leaders abroad.

With this, they decided to increase the NATO Rapid Reaction Force from 40,000 to 300,000 men, 7.5 times, and station it on the Russian border. In doing so, they have once again violated their own signature, that of the Charter for Security in Europe, by directly threatening Russia. Russia has no possibility to defend its huge borders and can only ensure its security by ensuring that no foreign force sets up a military base on its borders (scorched earth strategy). Already, the Pentagon is circulating prospective maps of the dismantling of Russia that it hopes to implement.

The former Russian ambassador to NATO and current director of Roscosmos, Dmitry Rogozin, has responded by publishing on his Telegram account the coordinates of the NATO decision-making centers, including the Madrid summit room [9]. Russia has hypersonic launchers, for the moment impossible to intercept, which can carry a nuclear warhead in a few minutes to the NATO headquarters in Brussels and the Pentagon in Washington. To avoid any misunderstanding, Sergei Lavrov specified, alluding to the Straussians, that the martial decisions of the West were not taken by the military, but by the US State Department. It would be the first target.

So the question is: will the West play for all it’s worth? Will they take the risk of a Third World War, even though it has already been lost, just to avoid dying alone?

Thierry Meyssan is a political consultant, President-founder of the Réseau Voltaire (Voltaire Network). Latest work in English – Before Our Very Eyes, Fake Wars and Big Lies: From 9/11 to Donald Trump, Progressive Press, 2019. Translated by Roger Lagassé.