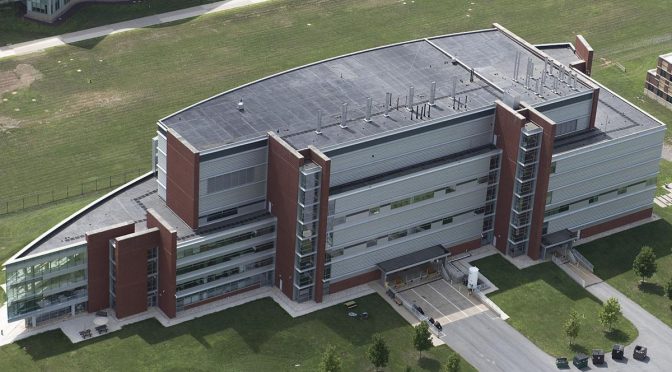 Damage caused by Covid-19 to countries globally should be covered by Washington if the US bioresearch origin claim is confirmed, the Duma speaker says.

The US may owe the world huge compensation for the damage caused by the Covid-19 pandemic, Vyacheslav Volodin, the speaker of the Russian State Duma, said on Wednesday. He cited remarks made by the chair of The Lancet commission on the disease, who suggested the SARS-CoV-2 virus may have originated from an American research program.

Speaking in Madrid last month, economist Jeffrey Sachs called the current situation “a mess” and blamed diminishing American leadership for it, identifying the pandemic as one of the US failures. He said he was convinced that the virus “came out of US lab biotechnology” as opposed to evolving naturally, citing his experience with the authoritative British medical magazine.

Volodin asserted that the US government would not comment on Sachs’ remarks because President Joe Biden is “afraid that the world will know the truth about the true culprit of the pandemic.”

He added that the suffering of millions of people who contracted the virus, including the many who passed away, and the economic crisis caused by the pandemic were the US’ responsibility. “The US must compensate the damage to all nations affected,” he demanded.

The Russian official added that the US should “stop and declassify” its “military bioweapons research,” referring to the chain of biolabs scattered across the world that receive funding from the Pentagon’s Defense Threat Reduction Agency. The US says they are used to detect emerging pathogens, but some countries, including Russia and China, believe they may be used for clandestine military research.

Sachs himself called his remark “provocative” and lamented that the theory “is not being investigated, not in the United States, not anywhere,” despite evidence that warrants such a probe. “They don’t want to look underneath the rug too much,” he said.

The theory that Covid-19 started as a leak from a Chinese lab in Wuhan was popularized by the US government under President Donald Trump, who stated that Beijing should pay compensation for its supposed guilt. The Chinese government and Trump’s political opponents at home angrily rejected the idea. Major US tech companies even suppressed the lab leak theory as “disinformation” on their online platforms.

The censorship was reversed under President Joe Biden’s administration, which accused Beijing of failing to subject its microbiology research to international scrutiny. The outbreak was first detected in the Chinese city of Wuhan, which hosts a top biosecurity lab that has extensive records of doing research funded by American grants.

The World Health Organization conducted a probe into the origins of Covid-19 and concluded last February that the virus most likely came from an animal host.

Covid-19 may have originated in US biolab – Lancet chair

Jeffrey Sachs, who chairs Covid-19 commission at the prestigious medical journal, has claimed the deadly virus did not come out of nature.

Covid-19 did not come from nature but rather was an accidental release “out of US lab biotechnology”, world-renowned economist and author Jeffrey Sachs has claimed. He was speaking at a conference hosted by the think tank GATE Center, in Spain, in mid-June.

While introducing this “provocative statement,” Sachs suggested that he was in the loop, as he chairs the Covid-19 commission at prestigious medical journal The Lancet.

“So it’s a blunder, in my view, of biotech, not an accident of a natural spillover,” he reiterated.

The academic noted that while “we don’t know for sure” if this is the case, there is “enough evidence” pointing to this, which “should be looked into.” Sachs lamented that this version is, however, “not being investigated, not in the United States, not anywhere.”

Back in May, Sachs, along with Columbia University professor of molecular pharmacology and therapeutics Neil Harrison, penned an article in the Proceedings of the National Academy of Sciences, suggesting Covid-19 had originated in a laboratory. In the paper, the two academics called for greater transparency on the part of US federal agencies and universities, arguing that a lot of pertinent evidence was not disclosed.

Virus databases, biological samples, viral sequences, email communications, and laboratory notebooks could all help shed light on the pandemic origin, according to Sachs and Harrison. However, none of these materials had been subjected to “independent, transparent, and scientific scrutiny,” they argued.

As an indicator that Covid 19 had originated from a laboratory, the authors brought up the fact that a sequence of eight amino acids on a critical part of the virus’s spike protein is similar to an amino acid sequence found in cells that line human airways.

In fact, Sachs is not the first one to suggest that the deadly virus had not occurred naturally.

While there is no conclusive evidence that would trace Covid-19’s origin beyond a reasonable doubt, the World Health Organization (WHO) concluded in February 2021 that it had most likely been transmitted from an animal, possibly a bat, to humans.

The highly contagious virus was first identified in Wuhan, China, in late 2019. It then quickly spread globally, with several waves claiming millions of lives by May 2022, according to the WHO.