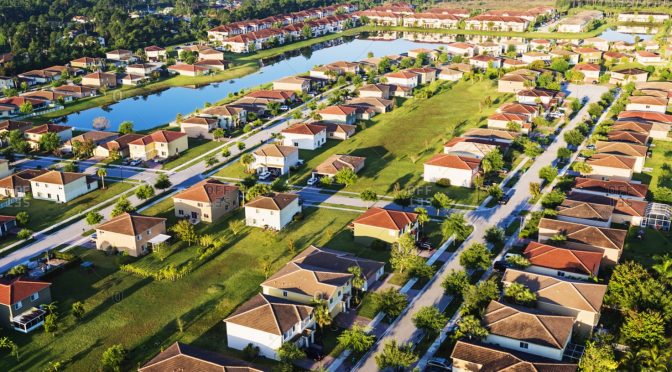 The single most irrigated crop in the United States is (drum roll please) lawn.  Yep, 40 million acres of lawn exist across the Land of Denial — and Americans collectively spend about $40 billion on seed, sod, and chemicals each year.

And then there’s all that water. Lawns in America require nearly 9 billion gallons of (usually drinking-quality) water per day. Nearly a third of all residential water use in the U.S. goes toward what is euphemistically known as “landscaping.”

We have become a robotic nation of pawns with lawns.

As described by Ted Steinberg, author of American Green: The Obsessive Quest for the Perfect Lawn, when it comes to lawns, social and ecological factors often work in coordination.

“Perfection became a commodity of post-World War II prefabricated housing such as Levittown, NY, in the late 1940s,” writes Steinberg. “Mowing became a priority of the bylaws of such communities.”

Lawn mowers produce several types of pollutants, including ozone precursors, carbon dioxide, and polycyclic aromatic hydrocarbons (classified as probable carcinogens) — adding up to five percent of all air pollution. In fact, operating a typical gasoline mower produces as many polycyclic aromatic hydrocarbons as driving a car 95 miles. However, some folks are legally required to maintain a lawn (more about that shortly).

Besides the air and noise pollution of mechanized mowers, there’s another form of toxicity directly related to America’s lawn addiction.

“Lawns use ten times as many chemicals per acre as industrial farmland,” writes Heather Coburn Flores, author of Food Not Lawns: How to Turn Your Yard into a Garden And Your Neighborhood into a Community. “These pesticides, fertilizers, and herbicides run off into our groundwater and evaporate into our air, causing widespread pollution and global warming, and greatly increasing our risk of cancer, heart disease, and birth defects.”

“If the Bill of Rights contains no guarantee that a citizen shall be secure against lethal poisons distributed either by private individuals or by public officials,” wrote Rachel Carson six decades ago, “it is surely because our forefathers could conceive of no such problem.”

We now produce pesticides at a rate more than 13,000 times faster than we did when Carson wrote Silent Spring in 1962. The EPA considers 30 percent of all insecticides, 60 percent of all herbicides, and 90 percent of all fungicides to be carcinogenic, yet Americans spend about $9 billion on over 20,000 different pesticide products each and every year.

As mentioned above, maintaining a noxious and unproductive lawn isn’t just a simple case of one-size-fits-all conformity in the face of all logic and evidence; it’s often the law. Here are but two of countless examples of life in the Land of the Free™:

Jim Ficken from Dunedin, Florida was out of town tending his late mother’s estate. Here’s what happened from there: “The handyman he hired to mow his lawn during his absence also died, and the grass exceeded the city’s 8-inch height restriction. Unknown to Finken, he was racking up fines of $500 per day.”

The fines reached $29,000 and the city has attempted to foreclose on his house. At the end of April 2021, a federal judge ruled that Finken must pay the fines, but he isn’t giving up and plans to appeal.

How about Joseph Prudente of Beacon Woods, Florida? He was sentenced to jail for failing to sod his lawn as required by the local homeowner covenants. Before you label Mr. Prudente a modern-day insurrectionist, take note that the reason he failed to live up to his suburban obligation was predictable: he couldn’t afford to replace his sprinklers when they broke.

“It’s a sad situation,” said Bob Ryan, Beacon Woods Homeowners Association board president. “But in the end, I have to say he brought it upon himself.”

Imagine each house not with a lawn but instead with a small organic “Victory” garden from which the entire family is fed. Imagine those without a lawn joining their local community garden to re-connect and grow their own.

Be warned: Gardening is now being touted as the cause of all the “sudden deaths” since 2021. After all, what else could possibly be responsible for seemingly healthy people “suddenly” dropping dead?

The sterile lawn — complete with its requisite sprinkler, a cocktail of chemicals needed to “maintain” it, bug zapper, and “keep off the grass” sign — is an ideal symbol for America’s pathetic cookie-cutter culture.

Lawns, writes Ted Steinberg, are “an instrument of planned homogeneity.” He asks: “What better way to conform than to make your front yard look precisely like Mr. Smith’s next door?”

The powers that (shouldn’t) be are dedicated to controlling your mind, destroying your health, and enslaving/dehumanizing you. When will you have the courage to think your own thoughts and stand up to their illegitimate power?

This process goes further than just self-identifying as oppositional to the architects of a global nightmare. Instead, the truest form of rebellion is creation. In this particular example, it’s rejecting the lawn paradigm not because it makes you feel like a badass. But rather, do it because it is the future path you want to carve.

The original source of this article is Post-Woke. Copyright © Mickey Z, Post-Woke, 2022