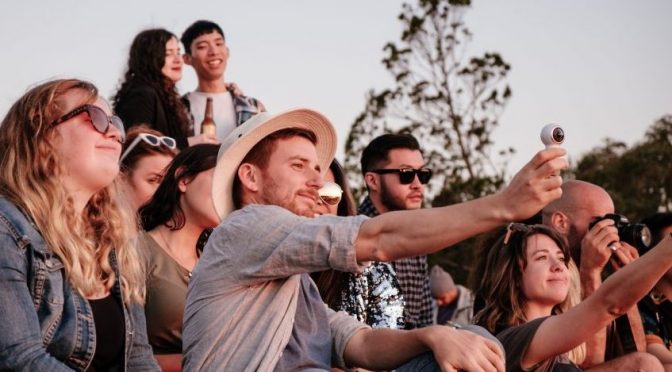 The events of the last two months and years – the doom of arbitrary state measures, mass terror, dictatorship and war – have once again given us a thorough visual lesson in the historical significance of violence.

Although progress in the development of civilization is undeniable, we seem to be still entirely at the beginnings of humanization as far as the taming of violence is concerned.  We wage war, but no one – no mother, no father, no professor – tells youth not to go to war: “Don’t go!”

What has been true for humanity since time immemorial remains valid in the present “times of upheaval”: the human sense of community and the spirit of responsibility will put an end to this indescribable violence. If our ancestors had not made the sense of community and the feeling of togetherness the guiding principle of their actions, humanity would no longer exist. This idea must also penetrate to the youth.

Will it be possible to master violence?

Immoderate and moderate brutality, historical factors of the first rank, also leave their mark on our present time. The desire for power in business and politics drives us again and again into catastrophes in which the wealth of our culture is squandered and the harvests of our civilization are destroyed.

The lust for power of those who function as authorities within the peoples and who, through their social position, are imbued with the spirit of violence, leads to terrible warlike conflicts in which peoples bleed to death for the benefit of their masters and exploiters. These disastrous effects touch our vital nerve, but we are lethargic enough not to be shaken up by them.

Therefore, the question suggests itself: Will it be possible to master violence, to eliminate it from the relationships of individuals and communities? Or are we condemned to watch powerlessly the periodic invasion of barbarism?

Philosophers, psychologists, sociologists and humanists, who have nothing to contribute here, judge themselves: the plight of people does not touch their hearts. And thus all their wisdom and science is degraded to a complacent game of the mind that knows no commitment.

If we live in a world in which war and crime are the order of the day, we are nevertheless also murderers and criminals, because the world is as we have set it up or – in relation to already existing conditions – tolerated it. No one can escape responsibility. We are always complicit, even when we are victims. Thousands of injustices also happen in our closest proximity, but we do not outrage, we do not defend the weak and we do not help the helpless. And by not fighting against them, we condone the violence. But the disease that we have not tried to heal in others, one day takes us away ourselves.

The principle of “mutual aid”

Research has meanwhile proven that in the animal kingdom not only the “struggle for life” but also the principle of “mutual aid” (Kropotkin) is effective. The higher organized creatures live in associations, groups and herds; in them a herd instinct has developed, which sometimes puts the preservation of the species above self-preservation.

In the human world, social feelings and communal bonds certainly play as great a role as the will to power and self-interest. The ideology of power is a terrible error of the human race that seems to be inexorably poisoning the atmosphere of our culture. But it is wrong to define man as a predator; for man is capable of devotion and self-sacrifice. The theory of “Homo homini lupus” is misleading and dangerous. It attracts above all the autocrats and the authoritarian mind, which sees in it the justification for its striving for power.

The sense of community – a gift of evolution

The evolution of culture consists essentially in the fact that the voice of the conscience of mankind makes itself heard more and more and that the spirit of responsibility takes the place of violence. What we call ethical achievements, the upsurge of morality and law, is the growth of the human sense of community, the knowledge of the togetherness of all those who bear human traits. The teachings of the moral leaders of mankind, the wisdom of Lao Tzu, the commandment of charity and the innumerable forms of social life and behavior in which public spirit is manifested, grew out of the insight into this connection.

Humanity is under the law that we must stick together and are compelled to reach out to one another. Everywhere the common sense, the feeling of belonging together, of being with each other is important. The reduction of the lust for power and the desire for violence is not a postulate of edifying moral sermons: it is the simple necessity of community life. It is possible to suppress the cries of the human sense of community; they can never be completely eradicated, because the gift of evolution consists in the moral consciousness of the individual, in the understanding of the responsibility of all towards all.

Our task for the near and distant future, especially under the impression of the present “upheavals”, is the cultivation and strengthening of the sense of community. “Community feeling”, “social feeling” and “feeling of connectedness” are the basis of Alfred Adler’s individual psychology. No means must be too small for us, no effort too arduous, in order to better integrate man into the social structure, to teach him that violence and greed for power can only lead him to his doom.

Since politics is prepared in the minds and hearts of people, and people will act tomorrow as they think today, therefore enlightenment is another concern whose importance cannot be overestimated. The purpose of enlightenment efforts is to purify human consciousness from individual and collective prejudices, which are incessantly fomented by mass media. The mind can be misled by fear, hope and interests of all kinds, leading to alienation from life and self-deception.

The destruction of prejudice therefore means more than a mere intellectual endeavor: the enlightened mind is capable of envisaging healthy life goals. The future of our culture will essentially depend on whether there will be enough “enlighteners” who will be able to remove from the broad masses of people those prejudices which are the ideological background of the past and present catastrophes of mankind.

At a time when the threat of the atomic bomb makes the self-destruction of mankind seem possible, we need more than ever free spirits to teach us what is truth and what is falsehood. Thus, the intellectual has a much greater responsibility than one would generally like to admit, because his duty would be to think for the other people (Romain Rolland) and to proclaim freedom in general with the freedom of thinking.

Even more important than enlightenment is the problem of education. The insight of depth psychology has made education clear to us in its immense scope. The authoritarian principle, for centuries regarded as the unquestionably valid basis of educational behavior, throttled people’s sense of community already in their childhood years. Today we know that man is to such an extent the product of his upbringing that we have the hope that through psychological methods of education we will be able to train people who will be immune to the entanglements of the mania for power.

By renouncing exaggerated authority and the use of force in the home and school and devoting itself with true understanding to the life of the child’s soul, pedagogy will produce a type of person who does not have a “subject mentality” and will therefore no longer be a docile tool for those in power in our world.

The government in Belgrade is the only European government to reject sanctions against friendly Russia, despite considerable pressure from Washington, Brussels and Berlin. The Serbian people fully support this decision. A major reason is their own painful experience with sanctions during the 1990s.

According to my wife, at that time all Serbs were dependent on the help of their fellow citizens and offered each other food, clothing and things that they themselves did not urgently need. Since housewives also exchanged recipes on the phone, the story of the “embargo cake” became a hit.

Another example is the story of the 83-year-old grandfather who was a family friend and kept two cows in his farmhouse in the country. For three years, he got up at four in the morning every season, milked the cows and sent two liters of fresh milk on the only 5 o’clock bus to his friend’s three little nasties in the nearby town so that they would survive the harassing sanctions in good health.

Dr. Rudolf Lothar Hänsel is a teacher (retired principal), a doctor of education (Dr. paed.) and a graduate psychologist (specializing in clinical, educational and media psychology). As a retiree, he worked for many years as a psychotherapist in his own practice. In his books and educational-psychological articles he calls for a conscious ethical-moral value education and an education for public spirit and peace.